Jose Mourinho has reached 1000 games as a manager, after steering his AS Roma side through a 2-1 win over Sassuolo. The Portuguese coach treated fans to a throwback, as he revived his trademark sprint down the touchline after Stephan El Shaarawy's injury-time winner. Mourinho has five wins from five games in charge of Roma, and seems to be relishing his return to Serie A after a difficult end to his time in the Premier League with Tottenham Hotspur.

Mourinho steered Spurs to sixth in his first season at White Hart Lane, after taking the reins from Mauricio Pochettino in November 2019. He would be sacked just days before last season’s League Cup final against Manchester City, marking the first time Mourinho had left a club without winning a trophy since his União de Leiria departure in 2002. After his disappointing Tottenham stint, and a Manchester United spell that delivered silverware but little else, many observers were ready to consign the former Porto manager to history.

Five games is no time at all to judge a revival, but Mourinho can be encouraged by what he’s seen so far at Stadio Olimpico. Roma top the table at this early stage, and came through their Europa Conference League play-off with a pair of victories over Trabzonspor. It is unlikely Mourinho will sustain this title challenge, and in truth he was not brought to Rome to win the Scudetto. 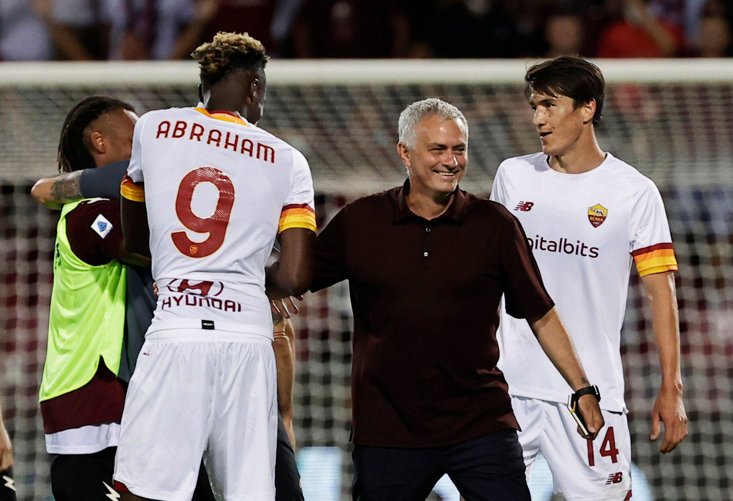 Roma have not placed in the top four since the 2017-18 season, and have not lifted silverware since back-to-back Coppa Italia triumphs in 2007 and 2008. Improving in these areas forms the core of Jose’s remit. Returning the Giallorossi to the Champions League, and picking up trophies along the way, is why Mourinho was scooped up by a club with ambitions far higher than last season’s 7th placed finish. While the coach who once crowned himself the ‘Special One’ could not end Spurs’ trophy drought, with their last cup also coming in 2008, hopes are high he can arrest the club’s slide as well as his own.

Roma have recruited smartly in the transfer window. Premier League audiences will be familiar with new goalkeeper Rui Patricio, Mourinho’s compatriot who has arrived from Wolves. Chelsea striker Tammy Abraham looks to be a great piece of business too, the 23-year-old netted 15 goals for Chelsea in the 2019/20 campaign before finding himself frozen out at Stamford Bridge last season. He can join Chris Smalling and Ashley Young as England internationals who have found their form renewed in Serie A.

Whatever happens from here in Jose Mourinho’s career, he will go down as one of the greatest managers to ever walk (or run down) the touchline. His achievements speak for themselves. Winning the Champions League with underdogs Porto. Establishing Chelsea as the dominant force in English football. Winning La Liga with Real Madrid while Pep Guardiola’s Barcelona remained at their frightening peak. Bringing the treble to the San Siro with Inter Milan.

The achievements have got smaller, but a Europa League and League Cup at Manchester United remains their post-Sir Alex Ferguson high-watermark. Mourinho’s legacy is secure, and judging by their start to the season, and the players at their disposal, Roma might just provide another special moment or two for the ‘Special One'.