Tennis
News
After a four-year absence, Andy Murray will take to the hallowed courts of SW19 in the men's singles once again
Conor Keane
10:05, 26 Jun 2021

It’s summer 2005. The sun is shining, Wimbledon’s grass courts are greener than ever, the Great British public are out on Henman Hill with the iconic combo associated with the All England Club – strawberries and cream. Apologies if that has just left you with a sudden craving. Yet, the most important aspect of Wimbledon 16 years ago was a certain young, raw Scotsman making his debut at the Championships – Andy Murray.

Back then he was a young 18-year-old at the very beginning of his career, and he comes back now to the men’s singles for the first time since 2017 as a three-time Grand Slam winner, including a men’s singles title at Wimbledon in 2013. Henman Hill picked up a new name, Murray Mound and Britons could not be prouder of him.

For Murray’s success on the court and flying the flag for Britain, he has been plagued with injuries in recent years, most notably his hip which have affected his performances and also ruled him out of some Grand Slam tournaments too.

After a four-year absence due to his hip problems and more recently Covid-19, Murray will take to the hallowed courts and fans could not be happier to see him return. The Scotsman had a teary moment upon his return to Queen’s recently and it is fair to say he may have a much more emotional reception on his return to Wimbledon. The 34-year-old now has a metal hip and hopefully it will allow him to play to the incredible high standards that he had set himself eight years ago when he became Wimbledon champion. 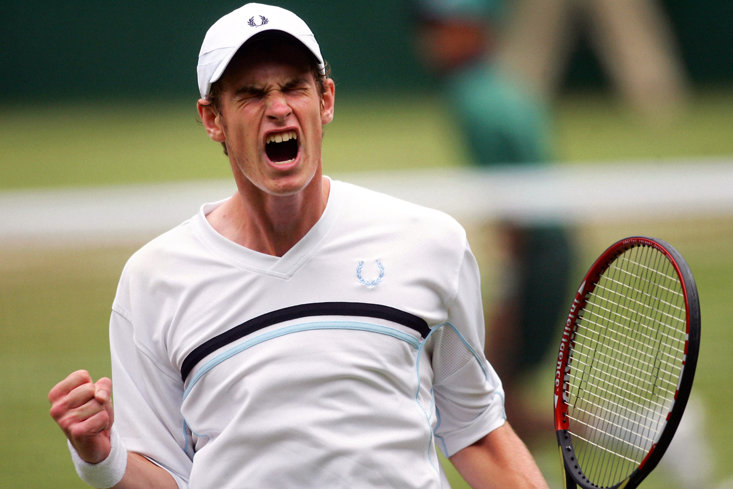 Speaking to Sky Sports earlier this week, Murray spoke about his mental health struggles and sympathised with the young Naomi Osaka who withdrew from Wimbledon. He said, "I've obviously dealt with a lot of injuries in the last few years, which has been tough mentally, but, when I was younger, dealing with the pressure of playing high-level sport is not something that you're prepared for.”

There has been a lot of talk about this being Murray’s last Wimbledon and the Scot, like his adoring fans, does not hope that is the case. He told Sky Sports, “To me it's not so much about me worrying about it being my last one, it's just something that I think about. I've had so many injuries and so many setbacks you just don't really know what's round the corner. I want to approach each tournament and each match that I play like it's my last one so that I can get the most out of it.”

With the strong mentality that Murray has, it is hard not to want him to carry on for years to come but it has been clear for years that his body is not the same as it was when he first burst onto the ATP scene. Nonetheless, there is every chance that this could be his Wimbledon farewell and sadly there is a very slim chance of it being a ‘go out with a bang’ scenario. The Andy Murray that worked tirelessly to get back to Wimbledon and win it in 2013 is still there - it is just his body that is not at the same level as his spirit. 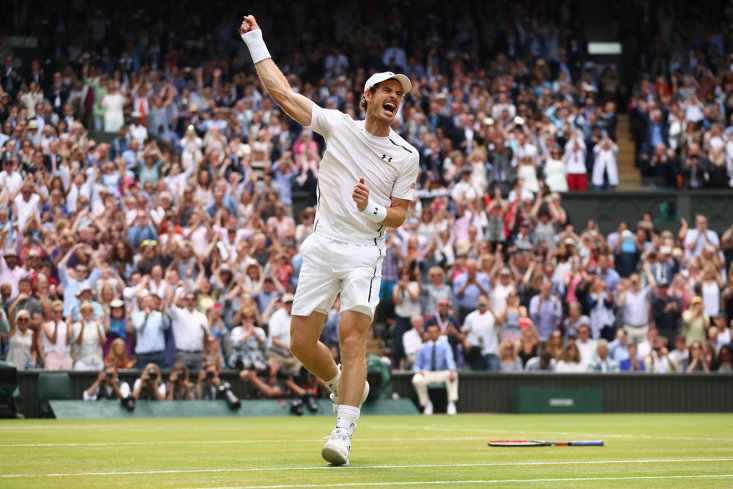 Murray is currently ranked as the world 124 and this is because ever since his hip resurfacing operation in 2018, he has really struggled for form. Most recently, he made his return to Queen’s where he was eliminated in the round of 16 to eventual winner Matteo Berrettini, losing 6-3 6-3. He said after his defeat that he needed to improve his tennis with Wimbledon just around the corner. Murray was happy with this movement around the court as he looks to manage a groin injury as he works his way back to full fitness.

Entering this year’s Championship as one of the discretionary wild cards, Murray will be hoping to have a relatively successful campaign but his ageing body, injury problems of the past and his form since his return could lead to an anti-climactic early exit. He needs to be careful that he is not remembered for his later years in tennis over his Grand Slam success – that final of 2013, which was the pinnacle of his career along with his back-to-back gold medals at the 2012 and 2016 Olympic games.

A true British sporting hero and a sensational tennis player, Andy Murray’s triumphs will be remembered for years to come and everyone in the UK will be hoping for one more Murray masterclass – he deserves it!

x
Suggested Searches:
Manchester United
Liverpool
Manchester City
Marcus Rashford
Premier League
More
tennis
Another Brilliant Brit: Cameron Norrie Achieves Career High...
This is truly a unique moment in modern British tennis. Just five weeks on from Emma Raducanu’s [ ... ]
tennis
Raducanu Needs To Tread Carefully In These Early Days As Tennis'...
After falling at the first hurdle in Indian Wells last week, tennis’ golden girl Emma Raducanu [ ... ]
tennis
Cameron Norrie Sets Novak Djokovic Target After Breakthrough...
Cameron Norrie is flying this season. Now into his first ATP 1000 Masters quarter-final, in which he [ ... ]
tennis
Zverev Provides Andy Murray With A Litmus Test As Part Of His...
Sir Andy Murray has been one of Britain’s greatest athletes of this generation and while his achievements [ ... ]
tennis
How The Rest Of 2021 Is Shaping Up For US Open Champion Emma...
Everybody wants to watch Emma Raducanu. In the space of just a few months she has gone from relative [ ... ]
tennis
Media And Ex-Pros Need To Follow Andy Murray's Lead Over Emma...
The UK is still basking in the triumph of 18-year-old Emma Raducanu at the US Open over a week ago, [ ... ]
tennis
Medvedev Destroys Djokovic's Calendar Slam Dream With Magnificent...
Daniil Medvedev shattered Novak Djokovic’s dream of becoming only the third man ever to achieve [ ... ]
tennis
Novak Djokovic Chases Grand Slam Immortality In US Open Final...
27 matches down, one to go. Novak Djokovic doesn’t want to talk about it but he is just one game [ ... ]
tennis
Relentless Raducanu Makes Sporting History With Sensational...
When Emma Raducanu’s US Open odyssey began against Bibiane Schoofs on 25 August, the only spectators [ ... ]
tennis
Raducanu Vs Fernandez Promises To Serve Up A Historic US Open...
It has been a long time coming but Great Britain has once again got a female finalist in the US Open [ ... ]
tennis
Teenage Sensation Emma Raducanu Rewrites History As She Makes...
The look on Emma Raducanu’s face once she had won match point in her semi-final with Maria Sakkari [ ... ]
tennis
Leylah Fernandez Following The Pep Guardiola Model On Her Run...
Canadian tennis player Leylah Fernandez has been a breath of fresh air at the US Open in New York and [ ... ]
tennis
Emma Raducanu's US Open Performance Proves Incredible Resilience...
England’s brightest young teenage talent was vilified by certain sections of the English media. [ ... ]
tennis
Diamonds Aren’t Forever: We’ll Miss Roger Federer When He’s...
“We can’t fool ourselves: we have not got 10 years remaining of Federer. He is one of the [ ... ]
tennis
Novak Djokovic Is Right, It's Time To Get Serious About Player...
The judgement on player welfare has often been clouded by the amount of money these sporting superstars [ ... ]
tennis
20 Times A Champion - But Why Is Novak Djokovic Not Loved Like...
Novak Djokovic’s 20th Grand Slam title at Wimbledon on Sunday saw him go level with tennis’ [ ... ]
tennis
Djokovic Makes History With 20th Grand Slam Men's Singles Title...
Novak Djokovic has won his 20th Grand Slam singles title – equalling the men’s record held [ ... ]
tennis
Ashleigh Barty Emulates Evonne Goolagong 50 Years On With First...
World number one Ashleigh Barty has emulated Australian legend Evonne Goolagong and won Wimbledon for [ ... ]
tennis
Italy Eye Up Super Sunday As Berrettini Faces Djokovic In Wimbledon...
It could be a very special Sunday for Italy as their men face England in the Euro 2020 final and now [ ... ]
tennis
Wimbledon Men's Semi-Finals: Can Anyone Stop Novak Djokovic...
The men’s Wimbledon semi-finalists were confirmed on Wednesday after some intense quarter-final [ ... ]
tennis
Ashleigh Barty To Take On Karolina Pliskova In Women's Wimbledon...
World number one Ashleigh Barty will play Czech eighth seed Karolina Pliskova in Saturday's Wimbledon [ ... ]
tennis
Wimbledon Great Roger Federer Hints At Retirement, But What...
Wednesday may have marked the end of an era. The great Roger Federer hinted that his quarter-final defeat [ ... ]
tennis
Wimbledon Women's Semi-Finals: Barty The One To Beat As Sabalenka...
The women’s Wimbledon semi-finalists were confirmed on Tuesday after a brutal round of quarter-final [ ... ]
tennis
Canadians Auger-Aliassime And Shapovalov Out To Make History...
Wimbledon is loved for its rich history and we get to witness another piece of it as the quarter-finals [ ... ]
tennis
The Pressure Is On World Number One Ashleigh Barty Ahead Of...
The women’s world number one Ashleigh Barty has so far justified her ranking at Wimbledon as she [ ... ]
tennis
Coco Gauff Won’t Be Fazed When She Takes On Former Wimbledon...
As we enter the second week of Wimbledon and into the round of 16, a lot of eyes will be on young Coco [ ... ]
tennis
He's Not The Same Andy Murray, But There Might Be Plenty More...
It was a bittersweet Wimbledon return for Andy Murray after four years away from the men's singles as [ ... ]
tennis
'Unbreakable' Emma Raducanu Could Be The Future Of British Tennis
On the week of 13 October 2002, Westlife’s ‘Unbreakable’ hit the top of the UK singles [ ... ]
tennis
As Serena Exits Wimbledon, Have Her Hopes Of A 24th Grand Slam...
It wasn’t supposed to end this way. When Serena Williams beat her sister Venus in straight sets [ ... ]
tennis
Andy Murray Laughs Off Retirement Talk After Comeback Wimbledon...
Andy Murray was a slight betting underdog when he took to centre court for the first time in four years [ ... ]