The draw for the first round of the 2018/19 William Hill World Darts Championship will take place on Monday 26 November with a host of talented throwers aiming to grab a favourable draw for the showpiece tournament, which kicks off at the Alexandra Palace on December 13 and concludes on January 1.

Rob Cross was a sensational winner of the event 12 months ago and the man nicknamed 'Voltage' will feature among the 96-strong field in a tournament that has grown significantly in numbers this year, while Michael van Gerwen and last night's Players Championship winner Daryl Gurney will be another brace of eye-catching names aiming to land the coveted Sid Waddell Trophy.

Interestingly, this year's event will see the top-32 seeds venture into the draw at the second round stage, so tonight's first round draw, which is live on Sky Sports News at 5:30pm, will see 64 qualifiers line up (32 players from PDC Order of Merit & 32 international qualifiers).  For the first time in history two female players will feature in the first round draw with Anastasia Dobromyslova and Lisa Ashton looking to bag a notable scalp in the first round.

The aforementioned van Gerwen will be the number one seed for this event and he is the 6/5 favourite with William Hill, while last year's winner Cross is as big as 14/1 with the sponsors William Hill.

A plethora of players will be fighting it out in Milton Keynes today before the draw commences, as there are three remaining spots left to fight for at the PDC Tour Card Holders' Qualifier, but as soon as the final trio is known then we will have the full list of 96 players heading to the capital to fight it out for glory.

The draw for the William Hill World Darts Championship will be made on Sky Sports News at 5.30pm on Monday November 26. 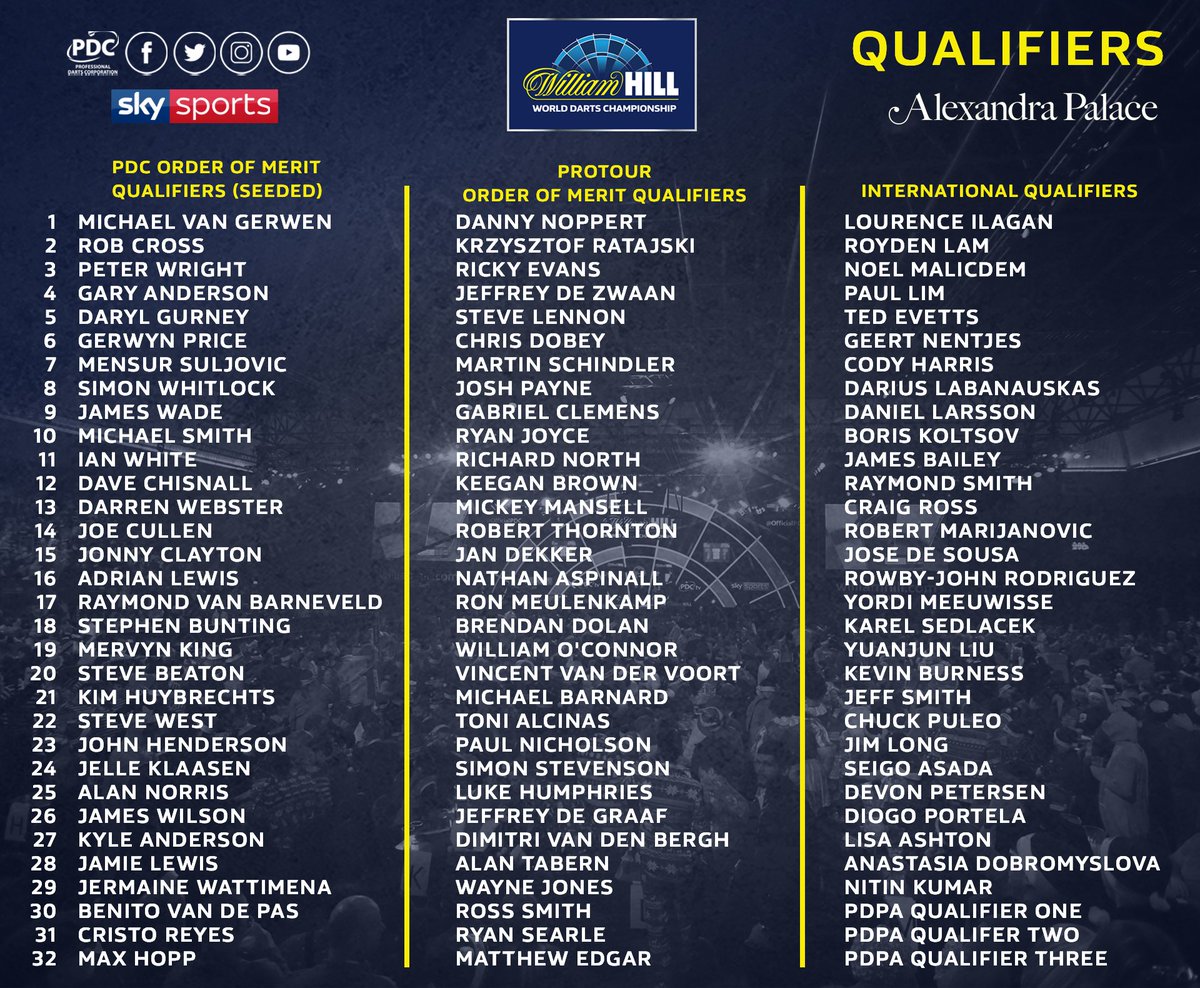