Yesterday’s Stage - John Degenkolb is back, having beaten Greg Van Avermaet and Yves Lamapert in a three-man sprint. That is about the least of what happened on an incredible day.

It might sound strange to say, but Mikel Landa would have taken a seven second loss to the favourites beforehand and he especially would have as he was picked off the floor after a very nasty crash.

Movistar have their three main contenders – El Tridente – within striking distance of the other favourites as they hit the alps and whilst Jose Joaquin Rojas had to abandon due to an early crash, losing just seven seconds with Landa was the cherry on a very blue cake.

Likewise, for Romain Bardet, who suffered three punctures and even more bike changes but had the support of Silvain Diller and Oliver Naesen to chase onto the group.  A loss of just seven seconds is a remarkable result and he’s safely through to the Alps.

Lotto-NL Jumbo have two stage wins with Dylan Groenewegen and they safely have Primoz Roglic and Stephen Kruijswijk heading to the Alps.

BMC were hit by cruel, cruel luck as Richie Porte broke his collarbone before taking a single stone and Tejay Van Garderen floundered to end their hopes of a GC challenge; To rub salt into the wounds, Greg Van Avermaet was beaten in the sprint for the stage and will likely give up the yellow jersey on Tuesday.

Rigoberto Uran came with two of the best cobbled riders in the peloton to help his challenge, but a late crash ruined his chances, and he lost 1:28 on the group of favourites; It’s not a terminal loss, but he has ceded strong position.

Froomewatch - A day of survival completed successfully. The crash heading into Mons-en-Pévèle could have seen anything happen but he was back up and pedalling quickly and whilst there was plenty of action, he will take arriving safely with his contenders to boot ahead of the Alps. Even more intriguing was the announcement from DS Nico Portal that, should he win the Tour, he could bid to defend his Vuelta title: "This is something we'll talk more about after the Tour, but it is a possibility, of course, yes," being the exact words used. I’m sure that will go down well. 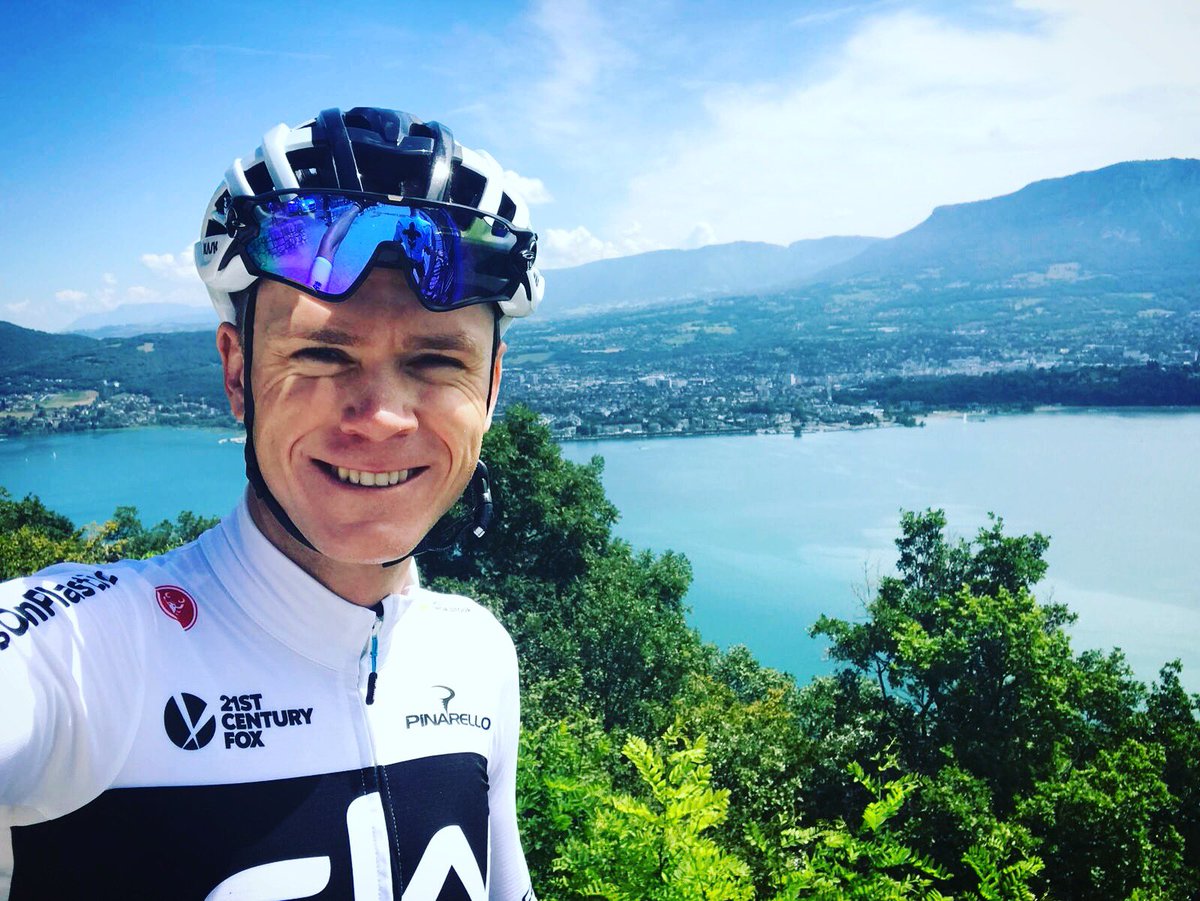 The picture of the Tour is finely balanced with every rider on this list still having a shot at winning, although some are in better positions than others. Many on this list will be happy to have made it to the Alps without huge time losses.

The Alps are here. We go climbing almost from the gun with the small Col de Bluffy (1.5km at 5.6%) before the first big climb of the race, the Col de la Croix Fry. A category 1 climb it’s 11.3km at 7% and is an early tester of the rest day legs.

There’s a long descent to the feature climb of the day, the hors catégorie Montée du plateau de Glières. It’s 6km at 11/2% and just after the summit there’s 2 kilometres of stone and gravel road, a throwback to the 1950’s when epic stages were raced over surfaces that could do more damage than Paris-Roubaix.

There's a twisting descent from the plateau des Glières to Thorens-Glières and then the road actually climbs from Thorens-Glières towards La Roche-Sur-Foron. This isn’t categorised, but the road is 5.6km at 4.5% so it’s not insignificant before we head towards the decisive part of the stage.

The la Colombière tops out with 13 kilometres to go, and the descent to the finish is not especially technical, giving those who might be behind a chance to come back.

These three days have 13 climbs for those who seek to attack the polka dot jersey and with two summit finishes including a stage of just 108km on Wednesday, making the break will be vital for those non-GC contenders who want the jersey.

Warren Barguil’s time to shine has to be now – his move to a new team has not worked out but he appears to be getting better – he didn’t lose much time up the Mur de Bretagne in midweek and held on to the leading group in Roubaix, an unscientific measure of his true form but encouraging nonetheless.

Direct Energie have been extremely active through the first week with Lilian Calmejane chief amongst their attackers. He was in the break on stage 5 to Quimpert and was one of three in the break on Sunday, but this is his terrain as his fine win on Stage 8 of last year shows and the polka dots look a realistic aim.

Of the general classification contenders, one would think Alejandro Valverde and Geraint Thomas would be happy with a sprint from a reduced group whilst Bob Jungels could be eyeing yellow too (albeit it would take some effort) but this is the first test of the tour and the other two stages in the Alps are both summit finishes with bonuses potentially up for grabs.

A good guide to today might well be last year’s ninth stage from Nantua to Chambéry, where Rigoberto Uran beat Warren Barguil, Chris Froome and Romain Bardet in that order after a longer descent. A big group got away that day, from which Barguil was caught late.