Darts
News
Wales will be looking to defend their PDC World Cup of Darts title at the Sparkassen-Arena between September 9-12
Kieran Spratt
18:54, 24 Mar 2021

The World Cup of Darts is back and the PDC have now confirmed that the 2021 instalment of the competition will take place in Jena, Germany at the Sparkassen-Arena between September 9-12.

The tournament, which has taken place annually since its inception in 2010, sees 32 countries, each represented by two-player teams, go head-to-head in a combination of doubles and singles contests. The Sparkassen-Arena is certainly no stranger to the darts having previously hosted the PDC’s European Tour in 2017 and the World Cup returns to Germany, who held the tournament every year between 2012 and 2019, having been in Salzburg, Austria last November.

Last year saw Wales pick up the World Cup of Darts title after Gerwyn Price and Jonny Clayton (pictured below) sealed their nation's first win in the competition, beating the likes of Russia, Scotland, Australia, Germany and England along the way. 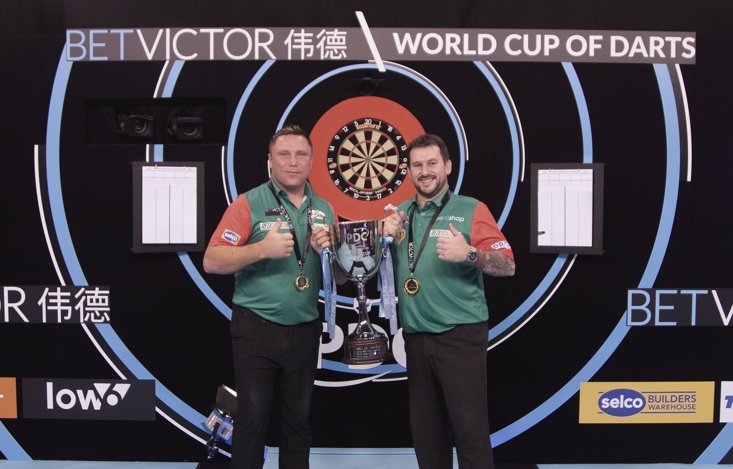 Tickets details for the three-day event are set to be confirmed by PDC Europe in due course, subject to announcements from the German government regarding crowds attending sporting events with regards to COVID-19.

The World Cup of Darts will be televised on Sky Sports, through the PDC's international broadcast partners including RTL7 and DAZN, on PDCTV for subscribers around the world and on matchroom.live.