Max Verstappen has never won in Canada, finishing fifth back in 2019 - the last time we got to see the Circuit Gilles Villeneuve on our television screens. Back then, Lewis Hamilton powered to victory despite damaging his car in free practice and finishing behind Sebastian Vettel in the actual race after the German was given a five-second time penalty for an earlier incident.

Just like that weekend, this week has been a turbulent one. After slowly getting out of his car in Baku last Sunday, Hamilton was calling for support from his team and anyone that would listen that he was struggling to deal with the effects of ‘porpoising’ that’s been affecting the W13 Mercedes more than most this season.

In typical school playground fashion, Red Bull team principal took time out of his week to respond, believing that Hamilton and Mercedes were exaggerating the impact of the porpoising issue to level the playing field, accusing the seven-time champion of “bitching.”

This weekend’s circuit tends to favour straight-line speed in comparison to slick cornering, handing the advantage to Red Bull’s rocket over Ferrari’s elegant car. The early Senna Esses require precision over the apexes and enough grip to survive, followed by the Droit du Casino corner at turn eight, a kink in the road rather than a chicane. After that there’s the famous hairpin, described as the world’s best example of a 180° hairpin turn, with racing lines at the start of the hairpin able to be traced to within millimetres due to the nature of an F1 car during full wheel lock. 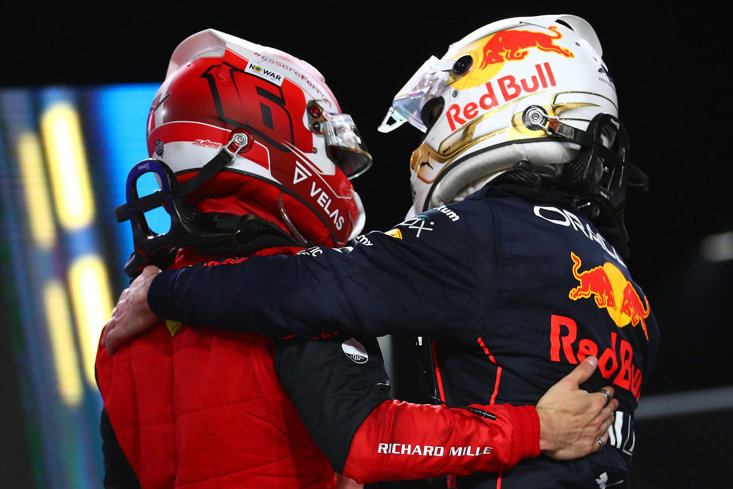 The final curve will be something Verstappen will need to look out for in particular. Turns 12 and 13 create a chicane that tempts the best drivers into overtaking manoeuvres and puts their race in danger in the process. Back in 1999, Jacques Villeneuve, Michael Schumacher and Damon Hill all crashed into the wall, dubbing it the ‘Wall of Champions’ as many successful drivers have crashed into it since, including Rubens Barrichello, Jenson Button, Sebastian Vettel and Pastor Maldonado.

With the pace in mind and the return to circuit racing over street tracks, Verstappen is certain to enjoy a change of atmosphere, and we’re expecting him to take charge of qualifying, after playing second fiddle to the dominant Charles Leclerc in nearly every Saturday session so far this season.