Forget 2022… 2026 is where it’s at! The next World Cup after this winter’s event in Qatar will see the football globe centred around the United States, Canada and Mexico.

To whet your appetite for this far-flung feast of football, The Sportsman is taking a look at the stadia that will host some of the matches in four years’ time. In this instalment, we head south of the US border into Mexico, with the nation having three venues selected for World Cup matches.

Undoubtedly one of the more historic stadiums to feature at the 2026 World Cup, the Aztec Stadium is one for the football purists and they will have everything crossed, hoping that they get to descend on this footballing Mecca. Built for the 1970 World Cup, the stadium was also used for the 1986 competition, hosting both finals where Pele and Diego Maradona confirmed themselves as true greats of the game.

Did you know? A plaque hangs on one of the walls of the stadium to commemorate the ‘game of the century’, the Italy 4-3 West Germany semi-final match of the 1970 World Cup - five of the goals were scored in extra time. 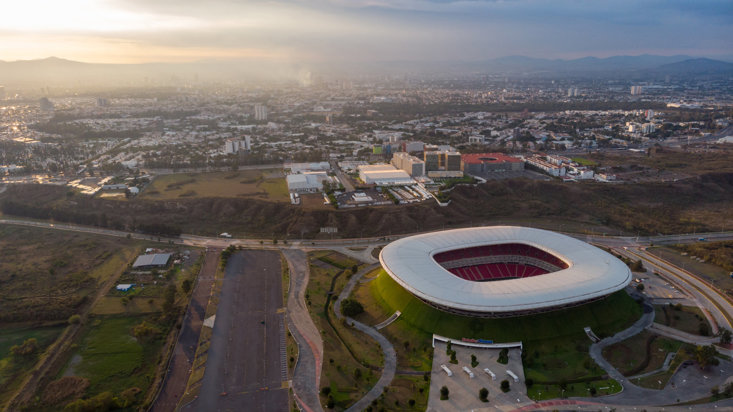 When talking about culture, Mexico certainly has a lot to offer through its food, music and of course, tequila. Those three things alone are enough to make most visiting football supporters hope that their nation gets at least one game south of the US border.

Did you know? The third public match at the stadium was a friendly played between Guadalajara and Manchester United to symbolise the transfer of Javier Hernandez over to the Red Devils. He played the first half for his old side before putting on the famous red jersey for the second.

Biggest game so far: The stadium was at full-capacity in August 2015 with the eighth edition of the Eusebio Cup, where Monterrey defeated Benfica 3-0.

Estadio BBVA is set to be the most picturesque stadium at the 2026 World Cup, with the higher you are and depending what side of the stadium you are in, you will see the Cera de la Silla mountain, forming a stunning view.

Did you know? The design of the stadium is said to be inspired by the mountains that surround the city and the roof structure has been compared to the body of an armadillo.