Snooker
News
The 1992 World Championship took place against the backdrop of a growing rivalry between the Scot and the Whirlwind
Hector Nunns
19:20, 02 May 2022

Of his six Crucible world finals in Sheffield, all of which he ended up losing - four of them to nemesis Stephen Hendry - this was the one that cut People’s Champion Jimmy White the deepest.

The 1992 World Championship took place against the backdrop of a growing rivalry between the Scot and the Whirlwind, who both deployed in their different ways attacking and aggressive snooker.

But south Londoner White had inherited the People’s Champion mantle from his close pal Alex ‘Hurricane’ Higgins for his mercurial style and outrageous ability to make the cue ball sing to his special tune.

What he lacked was the ruthlessness, and the Terminator-like efficiency of Hendry whose ‘shoot-em-up’ approach of pot long red, smash open the pack and clear the table had taken him to the top of the game.

In 1992 Hendry was looking to atone for a shock early exit in his defence the previous year to Steve James after becoming the youngest world champion the year before.

For White, it was a fourth Crucible final and third in a row, having already lost to Steve Davis 18-16 in 1984, Hendry 18-12 in 1990 and then John Parrott 18-11 the previous year. An alarming pattern of near-misses was emerging – and it was about to get much worse.

White was the sport’s biggest draw by this stage, a hugely popular figure who wore his heart on his sleeve and left it all out there in the arena for his legion of adoring fans.

But Hendry was confident. He said: “Sometimes it was viewed as a clash of styles between me and Jimmy, but fundamentally we were both very attacking players. Though you could certainly say there was a clash of personalities, where we were very different.

“By 1992 we were both starting to reserve our best for the World Championship at the Crucible, so a rivalry was growing. But though it might sound strange when you consider how tough many of our matches were, I always felt comfortable playing Jimmy. The way he played, I felt it was a good match-up for me and that I would get chances – as opposed to someone like Steve Davis. 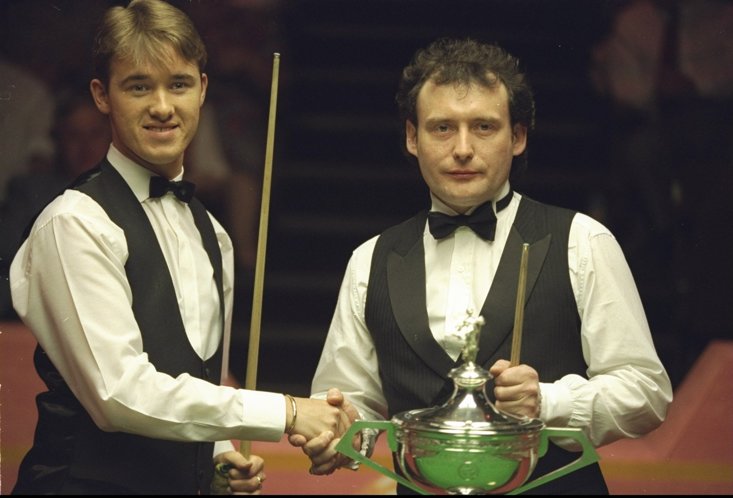 “I knew Jimmy was the most popular player but I could blank the crowd noise out. If they weren’t cheering for you, you just had to deal with it. If there were boos, you could use it.”

White recalls: “At that time I was playing the best snooker of my career. I was highly ranked, winning titles and regularly getting to finals the latter stages and beating the other top players. But Hendry at that time was also getting stronger and stronger, having won his first world title in 1990 and starting to dominate.

“His mindset and temperament and concentration at that time was I believe the best there has ever been, and mine was never at that level because my lifestyle was all over the place – though I tried at the same time to be dedicated to the sport.”

White played superbly well on the first day, more than matching Hendry and leading 10-6 overnight. And after taking four of the first six frames on the Monday afternoon the Whirlwind found himself 14-8 up and seemingly on the verge of fulfilling his snooker dream.

He admits: “At 14-8 I was sitting there in my chair thinking how I was going to thank my old headmaster for giving me time off to go down the snooker club and practise, and how I had made it work and he should be pleased and proud of his decision. It didn’t matter that he won the last two frames of the session, because I was going to win anyway.

“Then all of a sudden he got stronger and stronger, and because I had lost my focus I couldn’t live with him in that spell of the match. It is a horrible feeling when that happens to you out there.”

Hendry said: “I knew people were giving it to Jimmy at 14-8, and don’t get me wrong I wasn’t feeling good out there at that stage. It was not a good situation. But there are certain shots you remember in your career, and there was a brown I got at 14-9 behind to help me back to 14-10  is one of those. There was an easy shot, to roll up to the black and snooker Jimmy. But that is not the way I played. If I miss it I am 15-9 and he probably wins.”

Hendry went on from that to win the last 10 frames on the spin, delivering a cruel blow to White who scored just 80 points in the last six frames.

White said: “It has to be the most disappointing loss of my life.”

Hendry said: “It was very satisfying to come back from that far down and win the title with 10 frames in a row – it made you feel invincible.”

The 1992 World Championship final at the Crucible between Jimmy White and Stephen Hendry is featured in ‘The Crucible’s Greatest Matches’ by Hector Nunns, published by Pitch Publishing.