Croatia have provided us with some incredible moments on the international stage. They bewitched the globe with their run to third place at World Cup 98. 20 years later they went one better, losing the 2018 World Cup final to France. They’ve also got out of their group in four of the six European Championships in which they’ve played, reaching two quarter finals. Zlatko Dalic’s team have also reached next year’s Nations League finals phase.

Sure, there has been some adversity in there too. I mean, Spain and Germany have already gone home from the 2022 tournament while Italy didn’t even make it that far. Croatia experienced group stage elimination at a pair of Euros and three World Cups, while failing to qualify for one of each during their existence. But it is the length of that existence that may surprise you.

Formerly part of Yugoslavia, Croatia declared independence on 25th June 1991. An unofficial national side had been playing games since 1990, but outside the auspices of the international governing body. They were readmitted to Fifa in 1992, having first played 15 games as an independent nation in the 1940s before merging with the Yugoslavian national side.

Croatia’s achievements are such that they are rarely ever considered a minnow. But by most measures, they are exactly that. Croatia are a young side in footballing terms, having only existed in their current form since 1992. To put that in perspective, this incarnation of Croatia is younger than England’s Jordan Henderson, Nick Pope and Callum Wilson.

But the reason for Croatia’s outsized influence on international football in recent history is because of the sheer quality of the players they have produced. Look at that France 98 side. The great Davor Suker collected the Golden Boot and was the runner-up in that year’s Ballon d’Or voting. Zvonimir Boban spent a decade as an AC Milan icon. Slaven Bilic terrorised Premier League strikers at West Ham United and Everton. 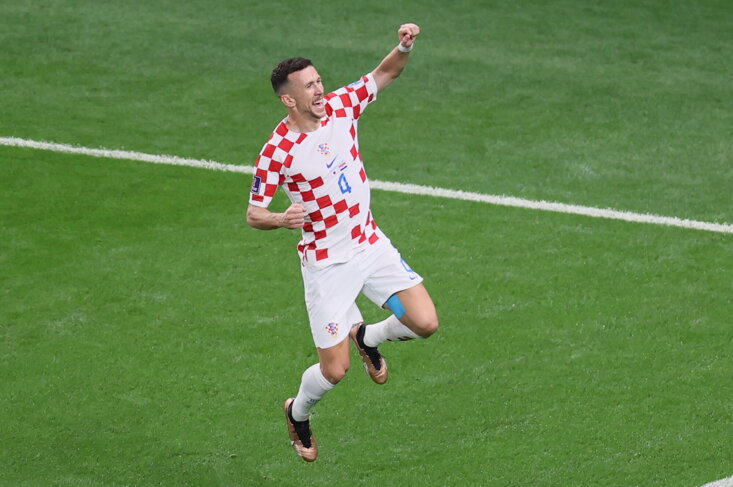 That thread of cool, talented superstars from a tiny geographical area remains in the team to this day. The 2022 vintage is still built around the otherworldly talents of Luka Modric. Now 37 years old, the former Tottenham Hotspur midfielder remains vital for both Real Madrid and his country.

The Premier League has got a glimpse of the timeless talents of Ivan Perisic this season at Spurs. But the 33-year-old truly comes alive for his country in a more attacking role on the wing. At the age of 20, Josko Gvardiol is already one of the most sought-after defenders on the planet. Mateo Kovacic is a Champions League winner with Chelsea.

This is a country smaller than Lithuania and roughly the same size as Latvia, but the influence they exert on European and world football is extraordinary. We haven’t mentioned Mario Mandzukic, Ivan Rakitic, Vedran Corluka, Niko Krancjar, or Darjo Srna. Croatia are rarely a team cited in pre-tournament dispatches as one to get excited about. Yet they always travel to these competitions with squads full of exciting players.

Let’s face it, the chances of Croatia getting past this Brazil side are not good. But then their chances of getting to the 2018 final weren’t good. Their chances of reaching the 1998 semi finals were almost nonexistent. As recently as 1990, their nation was literally nonexistent. Croatia have made a habit of defying the odds and from Suker to Modric to Gvardiol they’ve done it with style. This is a steep mountain to climb, but there are few nations who have come closer to the summit in such a short space of time.