Football
News
The Magpies picked up a vital three points against Burnley, while Liverpool move to the top of the Premier League
Conor Keane
17:17, 04 Dec 2021

It took 15 matches but Newcastle United finally collected their first Premier League win of the season as they defeated Burnley 1-0 at St James’ Park thanks to a Callum Wilson strike. Eddie Howe will be delighted at his players’ determination to grind out the result which they have desperately needed to try and turn their season around.

The result saw Newcastle’s points tally rise to 10, the same amount as today’s opponents and fellow bottom three side Norwich City. They are now just three points away from safety and Howe will be eager to build on this result and the confidence levels that will have been raised amongst his squad as we head into one of the most difficult months of the season. The defence defended with their bodies on the line and the forward players dropped back to aid them, helping the side to their first clean sheet of the campaign

After a slow start to the game at St James’ Park, Newcastle grew into the game and were able to take the lead just before half-time as Wilson fired the Magpies into the lead against Sean Dyche’s side. Burnley did look dangerous with Chris Wood and their star of the season so far Maxwel Cornet leading the line, but once the Ivorian was substituted off it seemed all of the threat the Clarets had gone off with him. 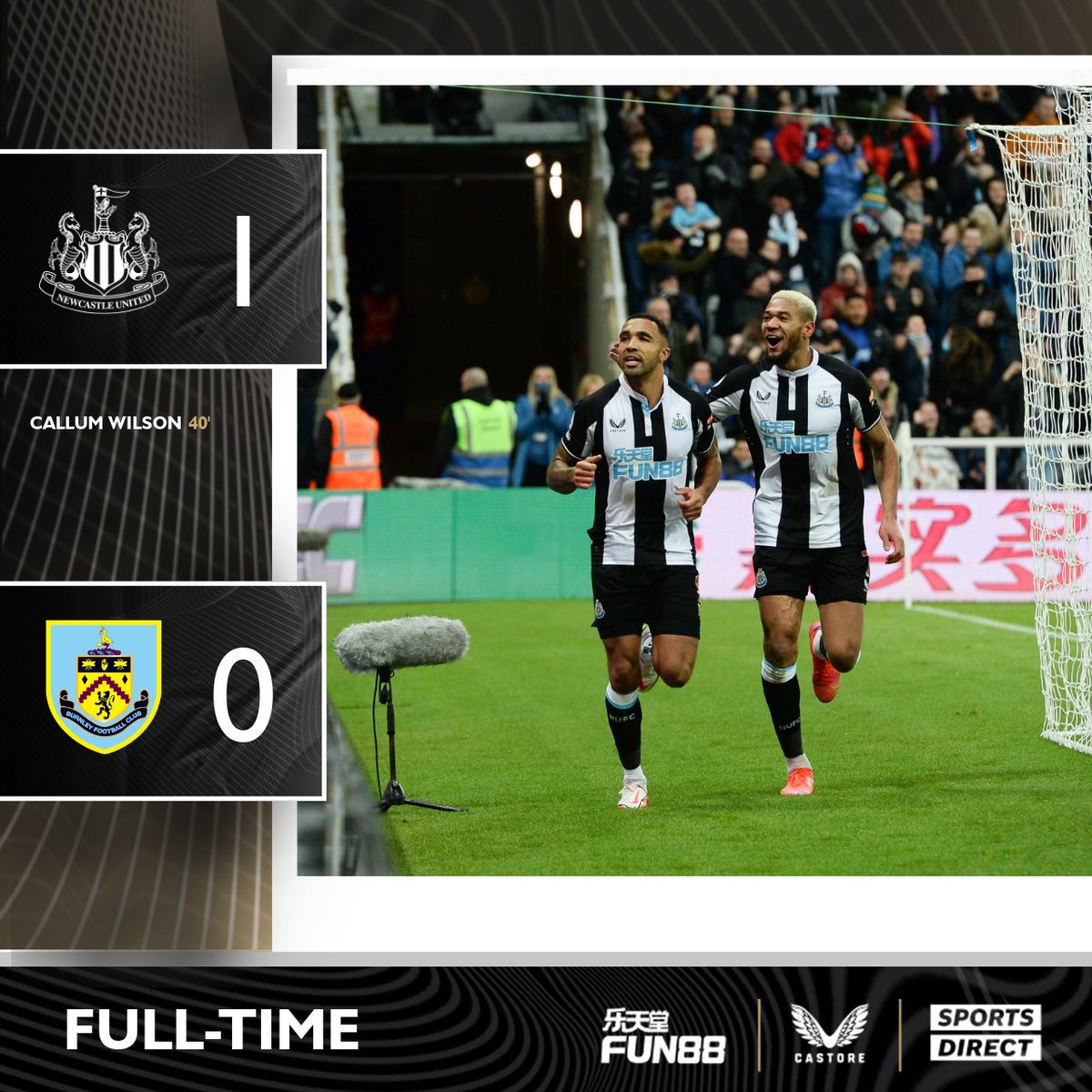 At the top of the table, Liverpool left it late as Divock Origi’s goal earned them a 1-0 victory over Wolverhampton Wanderers at Molineux. The dramatic late goal in stoppage time propelled the Reds to the top of the Premier League.

Liverpool knew after Chelsea’s defeat at West Ham gave them a chance to leapfrog their title rivals with a victory over Wolves. They had plenty of chances in the first half but lacked their usual quality in the final third, with former Wolves attacker Diogo Jota and Mohamed Salah both missing some big chances. The hosts were able to conjure a few chances themselves but like the visitors, they couldn’t make them count.

Midfielder Thiago had an effort early in the second half denied by Jose Sa after having his first attempt blocked. Jota then had a golden opportunity to put Jurgen Klopp’s side in front but he squandered his chance, and you just felt it wasn’t going to be Liverpool’s day in front of goal. Origi though, the scorer of some of Liverpool’s biggest goals in recent years, popped up at the death to give Klopp’s side the lead and send the away end and the bench into pandemonium.

Elsewhere, on the south coast Southampton conceded late on to draw 1-1 with Brighton in the south coast derby at St Mary’s Stadium as Graham Potter’s side rescued a point they didn’t really deserve on the balance of things. The Saints were completely in control of the game and after several chances in the first-half they finally took the lead just before the half-hour mark as Armando Broja coolly fired past Robert Sanchez. It was a goal that the Saints thoroughly deserved as Brighton really struggled to get going and were constantly on the back foot.

The second half was rather quiet but out of nowhere, Neal Maupay, like he did against West Ham midweek, popped up to rescue a point with a late strike deep into injury time. The Seagulls’ winless run now stretches to 10 games in the top-flight.