Wales will be battling against history when they take on the Wallabies in their crunch Pool D encounter this weekend in the Rugby World Cup in Japan.

The winner of this match is expected to finish top of the Pool and navigate an easier route to the knockout stages, potentially avoiding a clash with England in the quarter-finals. A lot is riding on it for both nations.

But for the Welsh, the weight of history and past World Cup form is not on their side when they tackle the Aussies. They met the Wallabies on five occasions in past tournaments, in the original World Cup in 1987, then in 1991, 1999, 2007 and most recently in 2015. And of those five Wales have won just once – the third-place playoff way back in 1987.

The Australians have won four in a row, including in their William Webb Ellis-winning campaigns in 1991 and 1999, and most recently in England in 2015. In the last World Cup tie Wales had a two-man advantage at one point at Twickenham, after two Wallabies were yellow-carded, but still couldn’t break the men in gold. They lost that day 15-6.

Over the course of its long history, going way back to 1908, Wales have played Australia on 42 different occasions. Worryingly, they have managed victories just 11 times, with 30 losses and one draw. The Welsh have a poor win rate of just 26.19% against the Antipodeans.

Up until last year, Australia was on a nine-year, 13-game winning streak against Warren Gatland’s men. It started in November 2009 in Cardiff, with a 33-12 victory, and continued until November 2018. In that tight and tense match ten months ago Wales finally broke the run and recorded a win, edging it 9-6.

It was a massive relief for Gatland and co. The monkey was off their back.

In the past 18 years, the two countries have met on the rugby pitch 29 times. In those matches, Wales have only won three, with one draw. The rest have gone the way of the Wallabies. 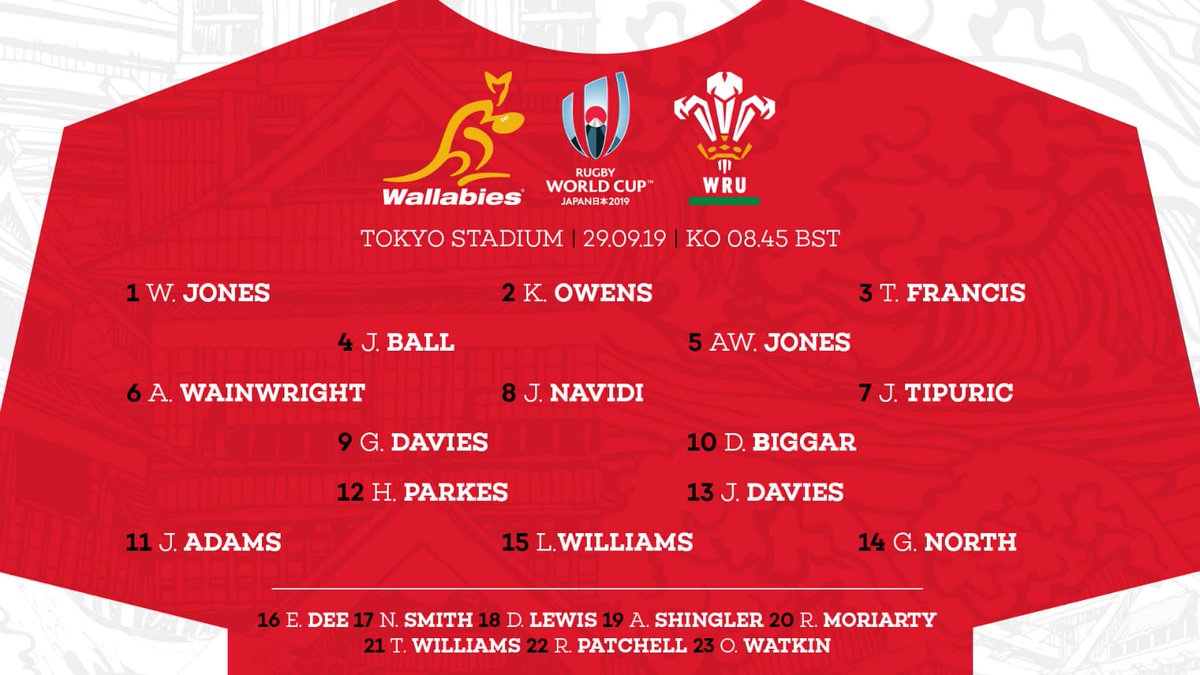 But there is some cause of optimism for the Dragons.

Right now they are ranking fourth in the world, two places above Australia. They are the current Six Nations champions and have been in good form. They had a fantastic 2018 where they knocked off South Africa, Tonga, Australia and Scotland at home, before beating Argentina in Argentina and defeating the Springboks in Washington D.C.

They will be full of confidence.

Australia, on the other hand, are in more in transition. Their 2018 season was shocking, with just four wins from 13 games. Statistically, it was their worst run of results since 1958. Somehow coach Michael Cheika managed to keep hold of his job.

This year has been a bit better for the two-time World Cup champions, but not perfect either. They lost to South Africa in Johannesburg, but then defeated Argentina in Brisbane and then the All Blacks in Perth. They were dominated by New Zealand at Eden Park, but have rebounded since with wins over Samoa and Fiji.

They are a team in transition and have made several changes to counter Wales’ box-kicking tactics. Fullback Kurtley Beale, scrum-half Nic Phipps and number 10 Christian Lealiifano have all been dumped, with Reece Hodge suspended, and replaced by Dane Haylett-Petty, Will Genia, Bernard Foley and Adam Ashley-Cooper.

It is a risky move.

For Wales to topple the Wallabies, they need to do what they did in Cardiff last year and keep it in tight. Keep it in the forwards, pick and go, play a conservative game, have excellent line speed in defence and kick well. Use their power in the scrum and set-piece, and then limit Australia’s wide runners.

If they get sucked into a running game, where the ball is spun out wide and often, where their defence gets stretched and the Wallabies can counter-attack from dangerous areas, then history may repeat itself for the Welsh.