She was crowned French Open champion in 2019. In 2021, she tasted success on the famous green grass of Wimbledon. But in 2022, history beckons for world number one Ashleigh Barty. Australia has been waiting patiently for a singles winner of their own Grand Slam for 44 years, yet Barty, the best female player in the world on current form, is now just three matches away from ending that drought.

This lengthy wait seems almost inexplicable when you think of some of the great Australian tennis stars of the past. Rod Laver, Ken Rosewall, John Newcombe and Mark Edmonson all won the men’s edition on home soil in the first decade while Margaret Court, Evonne Goolagong and Kerry Reid won it before Chris O’Neil became the last Aussie champ in 1978.

Lleyton Hewitt, Pat Cash and Pat Rafter all came up short on home soil while there has been a strange absence at the top of the women’s game from an Aussie point of view. But Barty has changed that. Her comeback after taking a break from the sport to have a go at cricket has been more successful than anybody could possibly imagine, with two Grand Slam titles already to her name - but make no mistake, this is the one she really wants.

Having reached the quarter-finals in 2019 and 2021, and the semi-finals in 2020, it has felt as if it is only a matter of time until one of the most talented sports women on the planet tastes glory on home soil, but there is clear and obvious pressure on her shoulders.

"I just have to hope that everyone understands that I'm giving it my best crack. It doesn't always work out exactly how you want to. But you go about it the right way, you do the right things and try and give yourself the best chance, that's all you can do.”

US Open Tennis
@usopen
Who's in the #AusOpen QF's?
Barty: 🙋‍♀️ 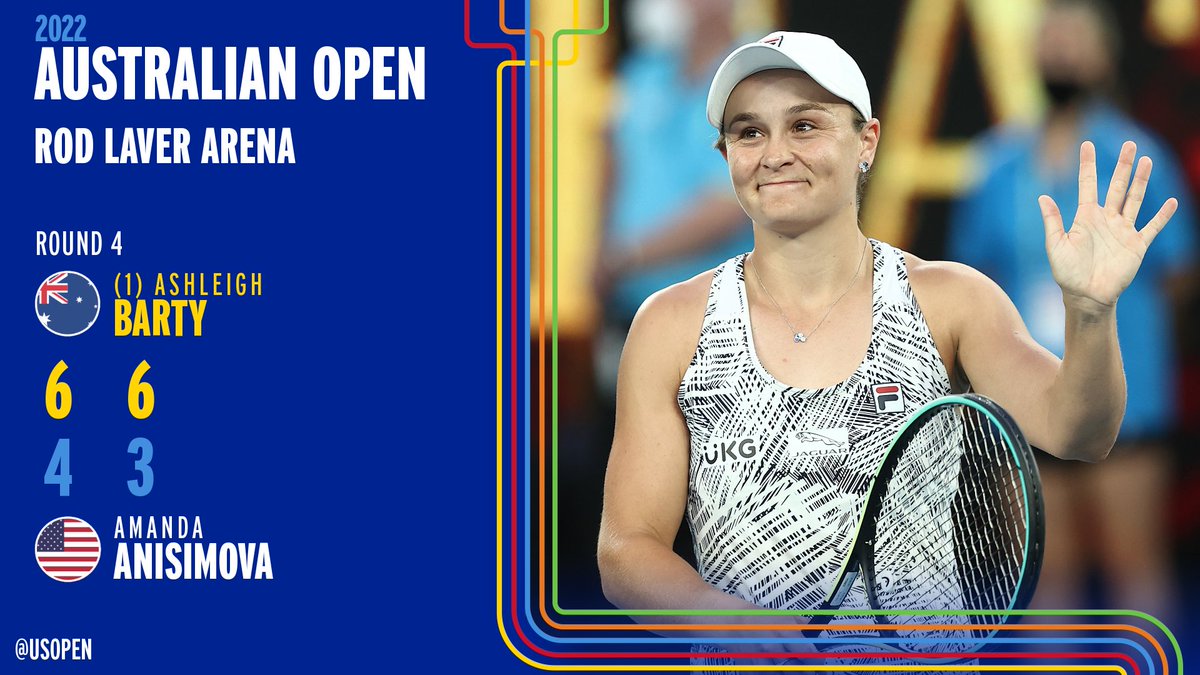 The situation is reminiscent of Great Britain’s own wait for a Wimbledon champion. For 77 years, the All England club had waited to see one of their own claim the men’s title, and in 2013, Sir Andy Murray became the first British win since Fred Perry. Every year the pressure built upon his shoulders, until he finally delivered in front of his adoring fans, and Barty will be desperate to give her supporters that same moment.

Unfortunately, the longer the wait goes on, the bigger the story is, and the bigger the pressure gets. Barty has had three unsuccessful attempts where she should have been a contender for the crown, but this is the best of the lot. She will take on Jessica Pegula in the last eight but so far, she has not dropped a set and looked almost invincible on her own serve.

There will be big challenges ahead and having suffered two shock losses in a row here, she will be desperate to avoid another one, and make it to her very first final on home soil. Barty is on the brink of achieving something truly spectacular.