Rio Ferdinand’s announcement yesterday that he intends to move into professional boxing two years after his retirement from football will have raised a few eyebrows among fighters and fans alike.

The idea of a 38-year-old of any sporting trade attempting to launch a serious career in the ring from scratch seems fanciful and, on further examination, it seems Rio won’t be the one to dispel that idea.

He’ll be embarking on the adventure with the backing of Betfair, and it’ll be filmed for a documentary series entitled Defender to Contender. In that context, it seems more like a cross between a promotional endeavor for the betting company and a bucket-list type personal challenge for Ferdinand.

Even if the former Manchester United defender might turn out to be more of a Flintoff than a Woodhouse, it’s an intriguing development and the series will undoubtedly be watchable.

Among the long list of athletes who’ve tried their hand at a second sport with limited results, there’s a handful that have had real achievements in two games. The Sportsman looks back on the achievement of some genuinely successful dual-sport athletes below.

One example which Rio Ferdinand can look towards for inspiration is Curtis Woodhouse, a footballer-turned-boxer of distinction.

Having had a lengthy career in the Football League that included spells at Sheffield United, Birmingham City, and Peterborough United, the former England U-21 international gave up the sport to concentrate on his passion for boxing.

Having had a troubled past outside of sport, he used boxing to channel his energies to dramatic effect, eventually winning the British light-Welterweight title and retiring with an admirable career record of 30-7-0.

He has since returned to football as a manager and is currently at non-league side Bridlington Town A.F.C, and has recently announced his decision to return to professional boxing in the near future.

Dual-sport athletes are far more common in North American sport than anywhere else. With the multitude of athletes churned out by collegiate sports programmes there every year, many talented sportspeople graduate to find that there simply isn’t room at their chosen inn.

Bo Jackson, a precociously talented player in both American football and baseball, though, was a unique case.

The running back won a Heisman trophy in 1985 with Auburn University, while simultaneously featuring as a left fielder for his College’s baseball side.

He repeated that balancing act in the professional ranks, and went on to have an extended professional baseball career as well as a remarkable four-year spell at the NFL’s Oakland Raiders, during which time he rushed for over 2,700 total yards before injury focused him to devote himself to baseball.

Jackson’s most remarkable achievement is winning a place in the All-Star games of both sports, he played in both the 1989 All-Star game in baseball and the 1990 Pro-Bowl in football.

Growing up in the Gaelic football-mad County of Kerry as the son of an All-Ireland winning father Tim, Tadgh Kennelly’s sporting future seemed pre-ordained.

As a boy, he spent his free time kicking a Gaelic football off a wall of his parent’s house and wearing out old tapes of his dad in action.

But just as he was closing in on his ambitions of emulating Tim, he was spotted by Australian Football League recruiters searching for talent in Ireland and signed a rookie contract with the Sydney Swans in 1999, aged just 17.

After learning to play an entirely new sport, he made his debut for the Swans in 2001. He became the first Irish player to win an AFL Premiership medal in 2005 - so excited was he by his achievement that he literally danced a jig on the podium.

In 2009, following the death of father Tim, he returned to Kerry to fulfill the boyhood ambition that he had always maintained. Having relearned his round ball skills on that same wall of his parent's house, he won an All-Ireland with his county, playing six games in the campaign including the final.

He returned to Sydney and after a brief spell of playing took up a career as a coach and international recruiter, seeking to unearth other the next young Irish AFL Premiership winners. 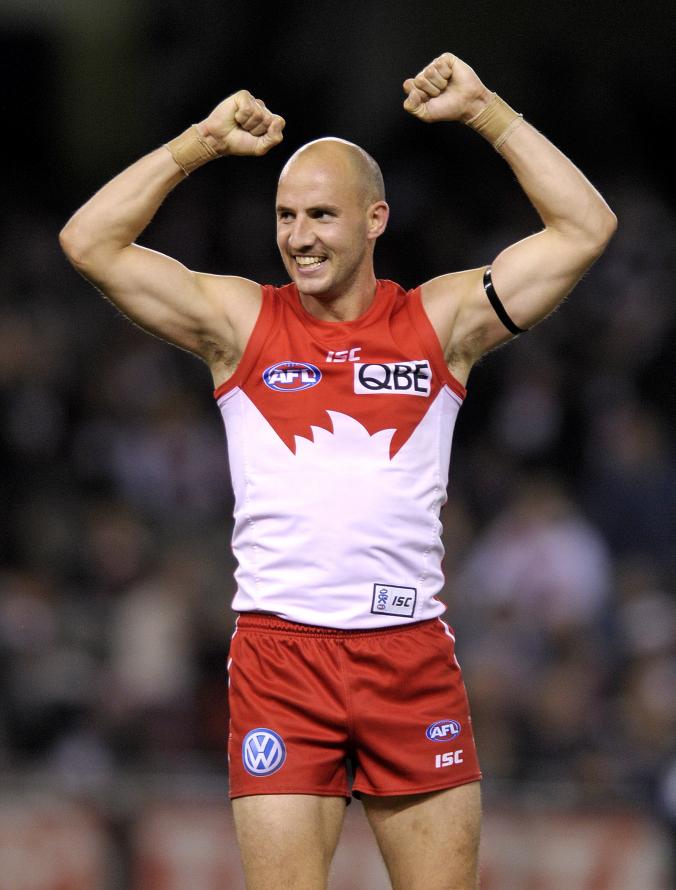 Victoria Pendleton could have been forgiven for thinking her long history of sporting achievement had reached a crescendo following the 2012 London Olympics.

The British track cyclist had won a gold medal in the keirin and a silver in the sprint, which would be her final race, at the Games.

In her retirement, Pendleton - who, like Ferdinand will be, was backed by Betfair in her endeavours - sought to make a move into horse racing as a jockey in 2015.

Having had no previous experience with horses, she made a remarkable progression as a jockey and on 2 March 2016 she won her first race at Wincanton, aboard wide-margin winner Pacha Du Polder.

Extraordinarily, she rode that same mount to a fifth-place finish in the Cheltenham Festival’s Foxhunter Chase later that month. Her new-found passion for racing endures and she fronted ITV’s coverage of the Festival in 2017.

While dual-sport athletes winning titles in two different codes is rare enough, Kevin Moran’s sporting achievements are more unusual still. He managed to juggle careers in both Gaelic football and Association football for a time in the 1970s.

He featured prominently at half-back for the Dublin team who won All-Irelands in 1976 and 1977, winning an All-Star for his performances in the 1976 campaign.

As well as being a talented Gaelic footballer, Moran excelled at an amatuer level in football, and was spotted by Manchester United scout Billy Behan and signed his first professional contract with the club in 1978.

Incredibly, he continued to play for Dublin during his summer breaks from United duty, and was even granted special dispensation to leave Manchester to play in an All-Ireland final for Dublin in 1978. Unfortunately for Moran, he sustained a serious hamstring tear in that game and returned to Manchester and an unimpressed manager in Dave Sexton, and his GAA career ended there. 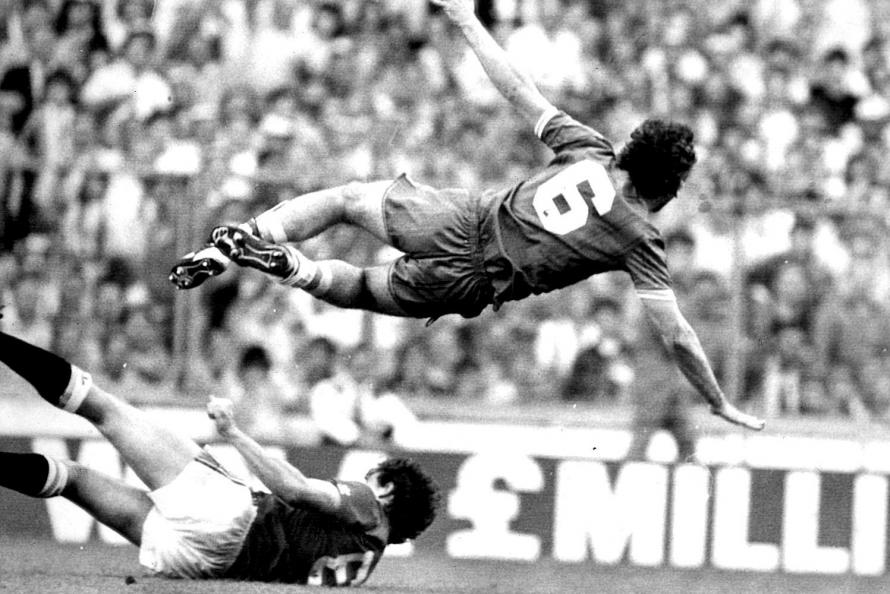