50 Cent, Dana White and Floyd Mayweather. No this is not the next episode of Celebrity Come Dine With Me but instead the story of how the American rapper helped to kickstart the negotiations between the American superstar and Conor McGregor.

The fight eventually happened after months of trash-talking with Mayweather taking his boxing record to 50-0 with a tenth-round TKO, with the event capturing the imagination of both fighting codes.

Although the 'Notorious' had taken aim at Mayweather a few times in various press conferences, the fight was still a long way off until a chance meeting between UFC president Dana White and rapper 50 Cent. 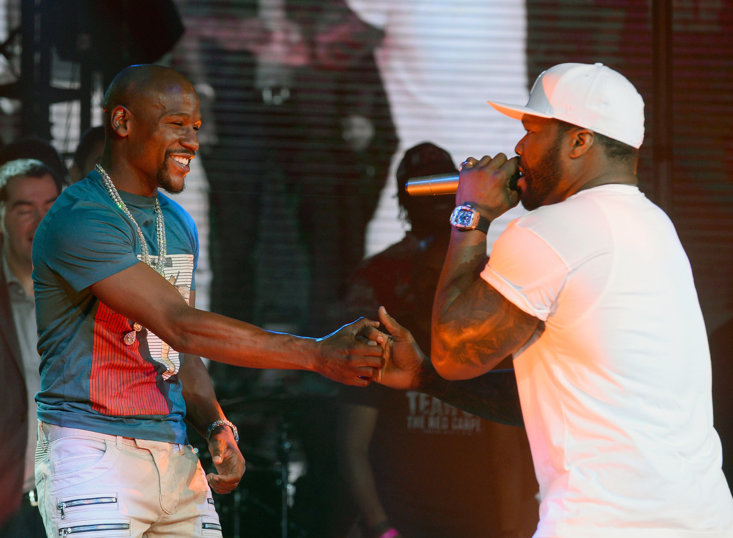 White told ESPN: “When the demand is there. I felt the demand for McGregor vs Mayweather, felt it, I knew it would be big, so we started talking.

“And then that's how it all really got started. And then everywhere I went, it was all anybody asked me about.

McGregor earned around $100m from the bout while Floyd earnt almost double that figure for his part in the fight, one that he said would be the final one of his career. However, money talks and now Mayweather looks likely to make a comeback in late 2020 with White once again confirming the pair are in talks.

"We both started talking. The easiest way to explain it to you is Floyd and I both feel that we add value to each other, and we're going to figure something out.

“Some things have to play out, and then I'm going to start talking to [Mayweather's advisor Al] Haymon maybe this summer and then I'll have something for Floyd in the fall."