A chilly O’Sullivan turned up the heat on his rivals on Saturday night with a 10-4 victory over debutant Mark Joyce.

The Rocket, chasing a record-equalling seventh world title, misfired early on and was lucky to be leading 6-3 after the first session, with Walsall’s Joyce having chances in every frame.

But O’Sullivan closed it out with a brilliant trio of centuries - a break of 124 not even bothering to pot the final black, a superb 137 and then a closing 112.

And the 45-year-old now gets a few days off before playing again on Thursday against either Scotland’s Anthony McGill or Ricky Walden. 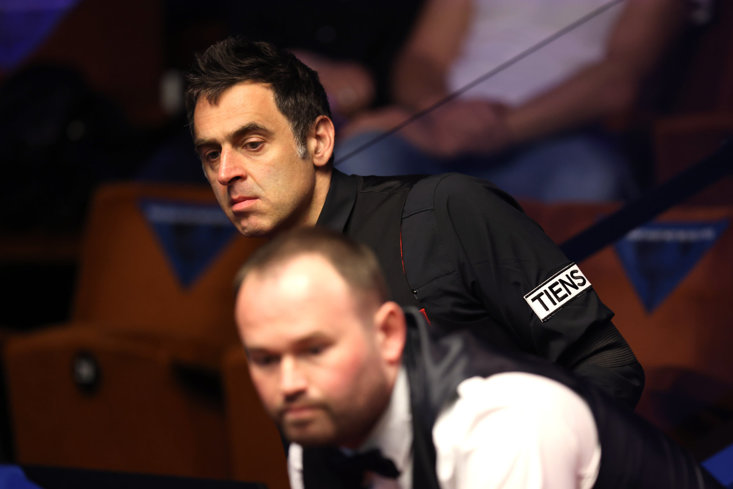 O’Sullivan, visibly feeling the cold during the match, said, “I played well at the end, it was disastrous early on. I was thinking too much…about cue actions! I must stop doing that.

“I played well in the last four frames, when you’re not playing well you think ‘I can’t win this’, but if I can build on that momentum then there is hope.

“It was nice to have the crowd in and I think they made me try harder, without them I would have sunk deeper in my chair. They have paid their money and deserve a good night out.”

O'Sullivan had expressed fears before the tournament about being "smothered" by fans around the Crucible with Covid still a real threat.

And describing an uncomfortable incident earlier in the day outside a cafe, he said, "There was a guy, boozed up, an absolute lunatic. I had two or three of them, but what can you do.

"Maybe we should ban booze. He was right on top of me, almost shouting, doing what drunk people do. I was just trying to have a coffee and my food, it was embarrassing. It was busy, and people were looking. In the end the manager got rid of him for me.

"So I have probably got to stay away out of the city more, which I don't want to do because I love the city. Last year you could, this year you can't."