Tennis
News
The second seed was fined and threatened with expulsion from the French Open for not fulfilling her interview duties
Conor Keane
20:01, 30 May 2021

Following her excellent first round display at Roland Garros, Naomi Osaka is being threatened with expulsion from the tournament.

This follows on from her announcing ahead of the French Open that she would not be fulfilling press duties during the tournament to protect her mental health.

The statement added, "A core element of the Grand Slam regulations is the responsibility of the players to engage with the media, whatever the result of their match, a responsibility which players take for the benefit of the sport, the fans and for themselves.”

"We have advised Naomi Osaka that should she continue to ignore her media obligations during the tournament, she would be exposing herself to possible further Code of Conduct infringement consequences.

"As might be expected, repeat violations attract tougher sanctions, including default from the tournament and the trigger of a major offence investigation that could lead to more substantial fines and future Grand Slam suspensions."

The 23-year-old never seemed fazed at the thought of fines and hoped that they would be given to mental health charities. It once again raises the question about the effect contractual media duties can have on athletes when they lose. The WTA, who govern the women’s tour had said mental health is of “upmost importance”, and that it has a “system in place” to provide support to players. 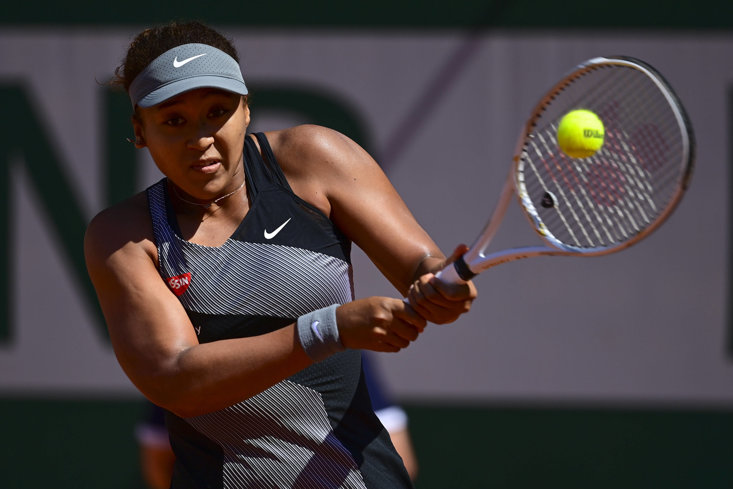 Her decision was applauded by other athletes including sprinter Dina Asher-Smith who showed her support with a post on Twitter. She said while there are “a lot of excellent journalists that are doing an amazing job” there are some who “try to find, and at times, create cracks in your psychology.”

With the topic of mental health becoming more accepted as a discussion in society, the tennis authorities, the ATP and WTA, need to negotiate with the Grand Slam organisers to find a middle ground so that both parties can find a workable compromise. Osaka is not out to spite anyone, she is just trying to play the best tennis she can at a Grand Slam that has always been a stumbling block for her in the past – she has never gotten past the third round.

Of course, the press needs to speak to the stars to do their jobs and earn a living but there needs to be a boundary set for the questions Osaka thinks they would be asking her. As mental health is crucial to athlete performance it is perhaps time for the media to re-evaluate their methods for dealing with a player who has been eliminated.

The first thing they should consider before talking about the match is the human that they are about to fire their questions at. They are not going to be in the best mental state so maybe the interviewers could ease the devastated players into the interviews by first consoling them.

There will be players who can face up to the media in any situation but those who cannot should not be crucified and scapegoated. They should be approached for a conversation and have their feelings recognised and understood. Perhaps the landscape should change and the media duties are no longer contractually forced upon players but are opted for by those who are unfazed by the media’s questions and comments.

It is time for tennis to start prioritising their players’ wellbeing rather than generated revenue from players getting grilled by the press.