Superheroes are truly awesome aren’t they? Who hasn’t watched all the Marvel movies and wished they had the physical prowess of their favourite heroes, whether that be Thor or Wolverine?

But how did they get into such ridiculous shape? Below we’ve sourced the workouts of some of these uber-fit stars of the big screen and, spoiler alert, these people were once just mere mortals like us. From the abs of a Norse God to the chest of Krypton’s finest, these are the tried and tested workouts that turned ordinary Hollywood actors into the planet-saving, galaxy-protecting stars we all know and love... 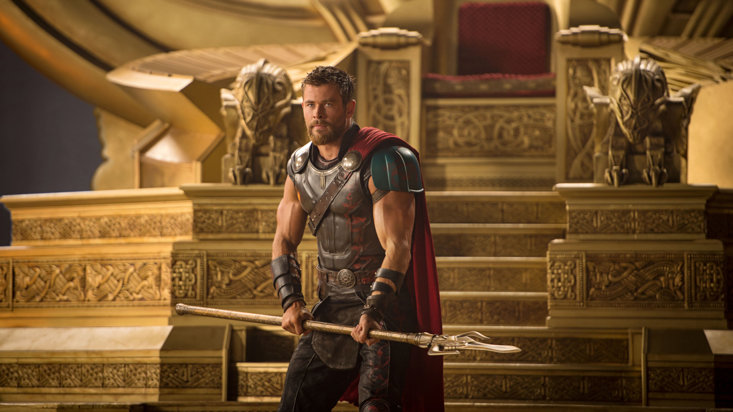 When it comes to in-shape superheroes, Chris Hemsworth takes some beating. The Australian actor, who plays Thor, joined the Marvel Cinematic Universe seemingly with the abs of an actual god but it wasn’t divine intervention that made him this way, in fact his core workout is deceptively simple. Anybody should be able to give a go, with a few adjustments based on ability.

He runs a circuit of four basic exercises; a 60 second plank, 12 hanging leg raises, a 60 second side plank (both sides) and finally 12 toes to bar on a pull up bar. Start with lower reps if needed, perform the exercises slowly and do this circuit twice, taking a minute-long break to recover in between, and before you know it you will have a core like Thor.

Wolverine’s Back And Bicep Workout

Hugh Jackman’s portrayal of Wolverine is arguably one of the most iconic character performances on the silver screen in modern cinema history (seriously, good luck to the actor who has to step into those shoes next) and every time he takes on the role of Logan’s sharp-clawed alter-ego, the actor seems to get more and more ripped. His arms and back are defining features of his character, but how did Hugh get so huge?

Well his back and bicep workout is actually down to three easy to learn exercises. First the vertical pull, (4 sets, 8 reps) pulling the bar down behind your head and squeezing your shoulder blades together to work your laterals.  A one second pause at the bottom will give you the best results. Then a horizontal pull, following the same instructions (4 sets, 10 reps). Finally, a dumbbell pullover, which involves lying on a bench and moving a dumbbell behind your head (4 sets, 8 reps).

Change the weight of the dumbbell or bar to suit you, and crack on. 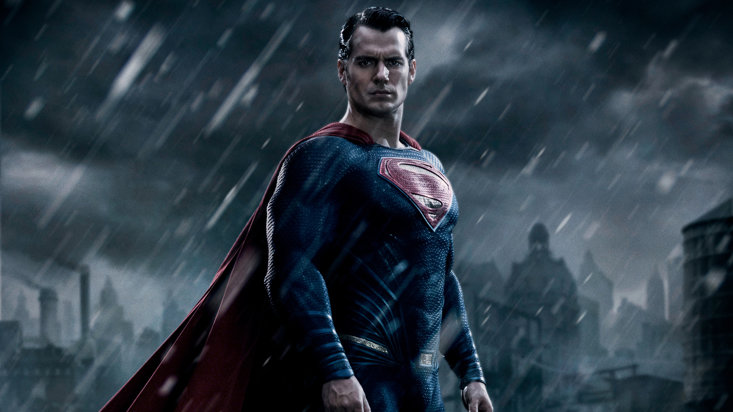 The most iconic and instantly recognisable superhero ever has to be Superman and when Krypton’s most famous son rocks up in his skin-tight, latex suit, with the iconic  ‘S’ emblazoned on the front, it’s pretty clear that our man Cavill has been putting some serious work into his chest. So what’s his poison? No not just Kryptonite, Cavill like all the others puts the work in to get the best results.

Okay so Star Lord may not be the most famous of superheroes but that doesn’t mean he isn’t badass. Chris Pratt, who plays Peter Quill/Star Lord made his name as the loveable, yet slightly chubby Andy Dwyer on the excellent sitcom Parks and Recreation, but blew the internet’s collective mind when it was shown just how ripped Pratt had gotten for the role of the Guardians of the Galaxy’s leader. In particular, his legs, with some of the bulkiest pins in Hollywood.

Pratt mainly focuses on classic squats, leg presses and lunges as well as leg extensions and leg curls, but these are all very simple exercises anybody can get to grips with. Doing seven sets of squats, reducing the reps every time is sure to build muscle and get you looking like Star Lord himself in no time. 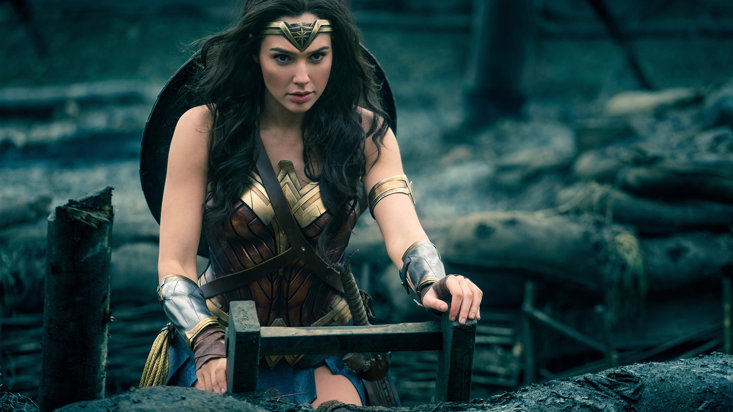 It isn’t just the men that have been putting the work in to get in tip-top shape for a comic book’s big screen outing and Wonder Woman’s Gal Gadot is leading the way in the superhero world as one of the physically fittest out there. Having spent two years as a fitness/combat readiness officer in the Israeli Defence Force, Gadot was already a badass but her routine in preparing for the role of Diana Prince (aka Wonder Woman) was particularly gruelling.

From a cardio standpoint, this really is within everyone's reach. She begins with ten minutes of running before tackling mountain climbers, a bit of rowing and burpees. With the heart rate nicely raised she continues with a minute-long bird dog, then push ups and pull ups. Simple right?

They are called Superheroes for a reason so don’t set too high expectations, but these workouts can improve both your physical fitness and mental wellbeing at a time when we need it more than ever.

x
Suggested Searches:
Manchester United
Liverpool
Manchester City
Marcus Rashford
Premier League
More
sports
The Year Of The Fox: How The Sporting City Of Leicester Emerged...
In 2012, the greatest thing to happen to the city of Leicester was that the remains of King Richard [ ... ]
sports
No Passion, No Point: Eddie Hearn's Podcast Returns For Third...
He’s now as popular, big, and perhaps as bombastic as the boxers he promotes. Eddie Hearn is also [ ... ]
sports
With 100 Days To Go, Team GB Are Already Set For A Historic...
With 100 days until the delayed Tokyo Olympics, Team GB look set to make history before they have even [ ... ]
sports
Ranking The Best And Worst April Fool's Day Pranks From The...
So another April Fool’s Day has come to an end and as the sun sets on what for some jokers is [ ... ]
sports
The Good, The Bad And The Downright Ugly, What Happens When...
Italian giants Inter Milan have revealed a brand new club badge ahead of the Nerazzurri’s 113th [ ... ]
sports
Ahead Of Hendry Vs White, Here Are The Sporting Rivalries We’d...
As Stephen Hendry and Jimmy White are all set to rekindle their famous old snooker rivalry having been [ ... ]
sports
From Bruno Vs Tyson To Last Chance U: Five Must-See Sports Documentaries...
Rejoice! The end of lockdown is nearly in sight. Sadly, there’s still plenty of time until things [ ... ]
sports
From Eddie Hearn To Jamie Carragher, Here Are Five Must-Reads...
It’s the first Thursday of March and that can only mean one thing: It’s World Book Day. [ ... ]
sports
Amateur Sport To Be Allowed In England From 29 March
Outdoor grassroots sports will return in England from 29 March, prime minister Boris Johnson confirmed [ ... ]
sports
Brady's Bromance, Nadal's City Of Love And The Greatest Love...
Roses are Red,  Violets are Blue, We live for sport, And we know you do, too! Valentine’s [ ... ]
sports
Messi Reaches Goal Number 650 At Barca, Five Weekend Stories...
Lionel Messi continued to boggle the mind with the 650th goal of his Barcelona career, Patrick Reed [ ... ]
sports
The Socially Distant Sports Bar Is Like Being In The Pub With...
The day will come. We’ll be back. The beloved British pub will fling its doors wide open once [ ... ]
sports
The Six-Day Plan That Can Turn You Into A Hollywood Hardman...
Is there an actor who represents the quintessential British hardman better than Jason Statham? Probably [ ... ]
sports
It’s Mahomes vs Brady At The Super Bowl, Five Sport Stories...
In a weekend which saw UFC 257 and the FA Cup grabbing a lot of attention, there was plenty of other [ ... ]
sports
Daniel Craig's Full-Body Bond Workout That Will Turn You Into...
The release of No Time To Die is a bittersweet one. On the one hand, after months of Covid-induced delay, [ ... ]
sports
The Super-Quick Routine Jason Mamoa Used To Get Ready For Aquaman
Is Jason Mamoa the coolest actor in the world? Maybe. The Guinness swigging, axe-hurling Hawaiian actor [ ... ]
sports
Max Holloway Is A UFC Record-Breaker, Five Weekend Stories You...
All the attention might have been on the anti-climax that was Liverpool vs Manchester United this weekend, [ ... ]
sports
From Fernando to Maradona, These Are Five Of The Best Sports...
Yep, back again. Nope, not out and about, meeting up with our mates or heading to the football but instead [ ... ]
sports
The Five Key Moves Cavill Uses To Get In Supernatural Shape...
Netflix’s TV series adaptation of The Witcher proved to be one of the most popular shows to land [ ... ]
sports
Work Out Like A WWE Superstar With John Cena’s Five-Day Training...
He’s widely regarded as one of the greatest professional wrestlers of all-time, has nearly 15 [ ... ]
sports
Conquer Those New Year Resolutions With These Five Fantastic...
During the first quarter of 2020 fitness apps were downloaded a staggering 593million times. Factor [ ... ]
sports
Work Out Like Hollywood’s Hardest Worker, Mark Wahlberg, With...
Mark Wahlberg hits the big 5-0 this year, and in those five decades the man from Boston, Massachusetts [ ... ]
sports
Why The History Channel’s Arctic Edition Of Alone Is Unmissable...
There have been a plethora of crazy TV series in recent years, take The World’s Toughest Race  [ ... ]
sports
Cheeky Chappie Jimmy Bullard’s Fishing Pod Is A Remarkably Down...
Fishing is one the sports that has seemingly proven immune to COVID-19 restrictions. You’re (usually) [ ... ]
sports
The Women’s Six Nations, Eubank Jr And Trump Are The Weekend's...
We may all be stuck inside but sport is continuing for now, which means some things may have slipped [ ... ]
sports
Boost Your New Year Goals With These Five Essential Bits Of...
Running is one of the simplest forms of exercise someone can do to stay in shape but that doesn’t [ ... ]
sports
In Time To Play Hulk Hogan, Here's How Chris Hemsworth Got God-Like...
Chris Hemsworth took Instagram by storm in November when a picture posted by the Australian actor, of [ ... ]
sports
The Weight-Lifting Workout Brad Pitt Used To Create His Fight...
It’s been more than twenty years since the David Fincher masterpiece Fight Club premiered for [ ... ]
sports
Build Muscle And Burn Fat With These Three Bodyweight Routines...
Health kicks can certainly be expensive but that doesn’t mean that they have to be. Sure, if you’re [ ... ]
sports
Steph Curry Hits Career Best, Five Weekend Sport Stories You...
Steph Curry continues to set the pace in the NBA, there was drama, controversy and recrimination on [ ... ]