Football
News
Mbappe's status as a political pawn is in danger of trumping his status as a brilliant footballer
Joey Mills
10:20, 23 May 2022

Kylian Mbappe will remain at Paris Saint-Germain, as his years-long dance with Real Madrid has reached a bitter end. The deal that has kept the forward at Parc des Princes is unprecedented in the world of football. On top of a bumper financial package understood to net Mbappe £1 million a week, the contract will also see Mbappe become a key decision maker at PSG.

While such deals are rare in football, other athletic industries have engineered something similar for their top talents. The Outsiders, Scott Hall and Kevin Nash, sensationally jumped from WWE to the rival WCW in 1996. The former Razor Ramon and Diesel were persuaded to jump with the promise of a guaranteed salary, as opposed to WWE’s more fluid pay structure. They also received a “favoured nations” clause which meant that if a talent was signed by WCW on a larger salary than Hall and Nash, then The Outsiders’ pay would be increased to the same level. Nash would later be appointed Head Booker of WCW, with control over the content of the show. As a portent of doom for PSG, he used this power to make himself World Heavyweight Champion.

There is nothing to suggest Mbappe will abuse his new-found power in the same way as “Big Sexy” did in WCW. However, the fact a 23-year-old with no executive history has been awarded any at all is galling. With the futures of manager Mauricio Pochettino and sporting director Leonardo in flux, Mbappe will reportedly have a say in any replacements. Some outlets are also reporting he will have input into transfer dealings. The full scope of this power, and whether Mbappe actually exercises any of it, is yet to be seen. These could be ceremonial assurances. But it is still an extraordinary redirection of authority for any club to make.

Such a deal blurs the lines of footballing objectives. Mbappe is one of the world’s finest players, but his 28 league goals this season are not the primary driver behind PSG betting the farm on Mbappe. The club’s owners, Qatar Sports Investments, have one eye on this winter’s World Cup. Staged in their home country, the owners are reportedly keen to have Mbappe go to the tournament as a PSG player. The belief is that the France international is poised to shine at the global football showcase, and QSI want to show off their very own superstar when the World Cup comes to town. 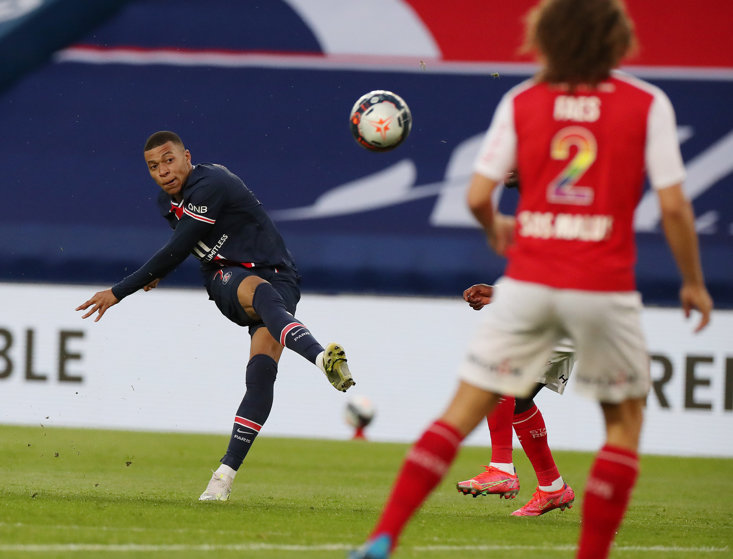 Mbappe’s strange elevation from coveted footballer to political pawn has been further underlined by the conduct of La Liga. In yet another bizarre chapter for this most unusual affair, the Spanish league released a statement slamming Mbappe’s PSG contract as “scandalous”. That it should be the entire league, rather than vested party Real Madrid, to take this venomous public stand is frankly ridiculous. The fact the statement saw La Liga scalding PSG for “reported losses of more than €220m”, while they have let Barcelona sign players with impunity despite being in dire financial straits, was beyond parody.

The league’s intervention in the collapsed transfer is just more evidence that Mbappe is not a footballer in the traditional sense. He is a political tool and a coveted commercial asset. His goals thrill fans, but his status as a box office superstar with a decade of earning potential ahead of him seems to be the real attraction for those in power.

The pressure is on now for the player. Increased financial compensation means increased scrutiny, and no one has a deal like Mbappe’s. He will be under the spotlight every week. Any misplaced pass or misjudged shot will be lambasted as not worth the £1million a week. His goals will be broken up into “X amount of money per goal” by social media content houses. The era of Mbappe the promising star of the future poised to usher in the post-Messi/Ronaldo era is over. He will be expected to carry his own era. The behaviour of La Liga and PSG in this whole affair suggests that era will be about much more than football.