Football
News
Rangers' new signing will be in contention for his debut against Hearts at Ibrox on Sunday
Graham Semple
11:55, 02 Feb 2022

When rumours first began to emerge surrounding Aaron Ramsey’s possible move to Ibrox, scepticism was rife amongst the supporters. Even as the story gathered pace, it still seemed an outlandish possibility due to the 31-year-old’s astronomical salary.

Rangers’ Sporting Director, Ross Wilson, was tasked with finding a goalscoring midfielder, a risk-taker prepared to create havoc and break beyond the forwards, and he delivered an audacious signing - the club’s most significant arrival in years.

An ecstatic Ally McCoist believes the Welshman is Rangers biggest capture since Paul Gascoigne rocked up in Govan with bleached blonde hair in 1995. ‘Gazzamania,’ went into overdrive as the English icon checked-in, and overjoyed supporters congregated again on Monday evening to greet another superstar arrival from Italy.

Rangers and Celtic have been on the fringes over the last couple of decades. The game has become big-league focused and major players are not supposed to be lured to Glasgow anymore. A lack of financial power is primarily why, and the unexpected capture of Ramsey is a throwback to more prosperous times.

The Light Blues have made several statement signings since Gascoigne arrived from Lazio. Ronald de Boer was a significant purchase in 2000 and his twin brother, Frank, later joined for a short spell. Tore Andre Flo was lured north for a club-record £12 million fee nearly 22 years ago.

Celtic have also made glamour signings over the same period. Craig Bellamy, Juninho, Robbie Keane and Roy Keane have all had brief stints in green and white.

It is not just the Old Firm that has attracted big names. Dundee made waves when they somehow tempted World Cup runner-up Claudio Caniggia to the club in 2000. The Argentine, who later played for Rangers, is still revered on Tayside - and Fabrizio Ravanelli also had a spell in the City of Discovery during the 2003/4 season.

Hibernian managed to coax Franck Sauzée, a Champions League winner, to Edinburgh in 1999, but headline-grabbing purchases in Scottish football have become fewer with each passing year.

Ramsey ensured Rangers were prominent on a day of frenzied transfer-activity around Europe. It is unusual, but a welcome change, for a player outwith Scotland - and with no connection to either side of the Old Firm - to recognise the merits of playing in Glasgow. 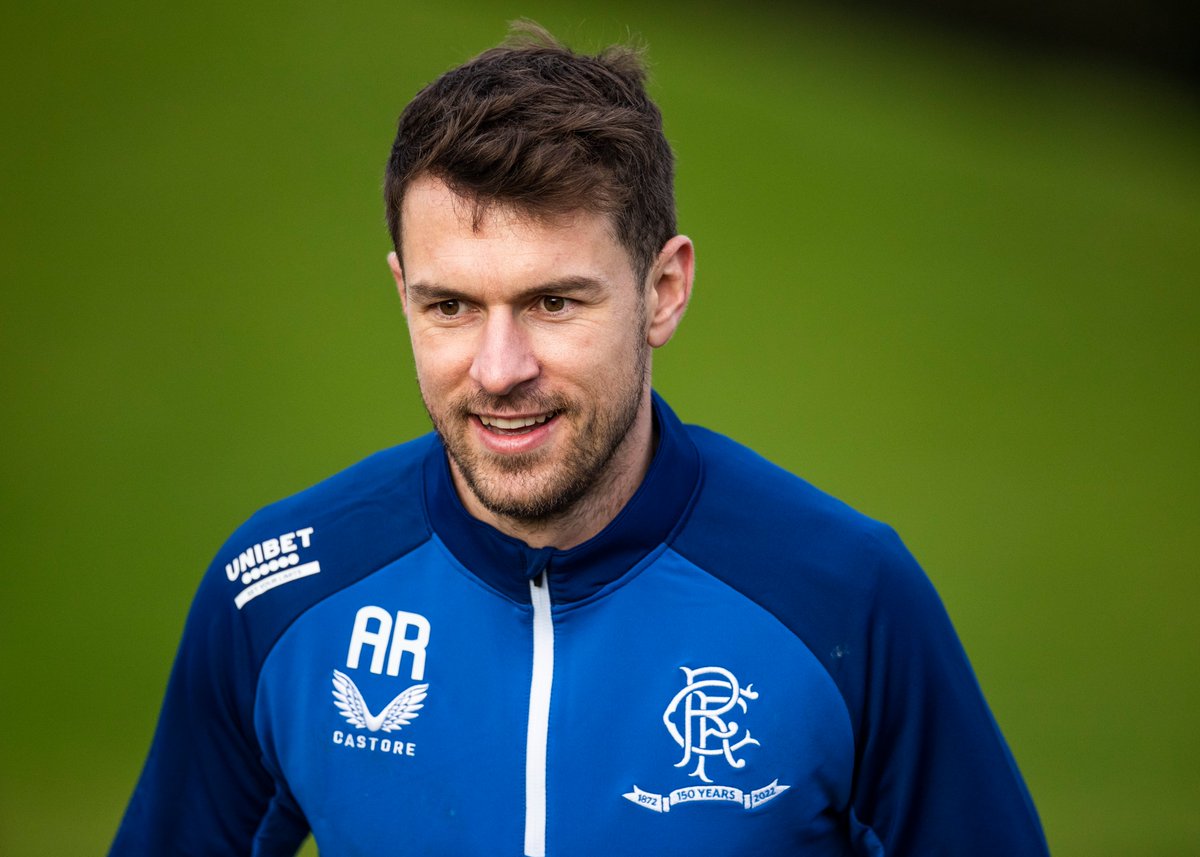 Speaking to the Rangers club website, Ramsey said: “I had a number of offers on the table, but none matched the magnitude of this club - with European football and the chance to play in front of 50,000 fans every other week.

The Welshman, who will miss the Old Firm derby, will be in contention for his debut against Hearts at Ibrox on Sunday. A capacity crowd will salute his first outing for the champions, and once the fanfare is over, it will be time for business.

Ramsey’s quality is not in doubt, but his durability is. His injury record at Juventus was lengthy and extensive, and his best performances in the last few seasons have been in the red shirt of his beloved Wales.

Ramsey endured a turbulent time in Turin. He was out of favour and disliked by the fans, so the affection he will receive from the Ibrox faithful may provide him with the boost he requires to kick-start his club career.

A fit and firing Ramsey will be an asset to Rangers, and although he will miss Wednesday evening’s huge clash, there are two further opportunities for him to make his mark in Britain’s biggest derby.

The 31-year-old might only be in Glasgow for five months, but he will be forever fondly remembered if he propels his new club to the championship.

x
Suggested Searches:
The Sportsman
Manchester United
Liverpool
Manchester City
Premier League
More
football
Fantasy Premier League Gameweek 10: Time To Unleash James Maddison
Gameweek 10 is just around the corner in Fantasy Premier League and after another hat-trick for Manchester [ ... ]
football
Vital Signs: Chelsea Beat Milan With Their Most Mature Performance...
It has been a long time since Chelsea enjoyed a comprehensive win over a truly big club. Tonight’s [ ... ]
football
Chelsea Target Christopher Nkunku Shows His Quality As RB Leipzig...
If reports are to be believed, Christopher Nkunku is already well on the way to becoming a Chelsea player. [ ... ]
football
Hull City Set To Appoint Former Olympiacos Boss Pedro Martins
Hull City are close to appointing Pedro Martins as their new manager according to reports. The former [ ... ]
football
Sir Alex Ferguson And Jose Mourinho Have Iconic Phrases Added...
Former Manchester United managers Sir Alex Ferguson and Jose Mourinho have seen football phrases that [ ... ]
football
The Most Boring Team In Football? Preston's Remarkable Championship...
Preston North End are embarking on one of the most remarkable campaigns in English football. There may [ ... ]
football
Celtic’s Makeshift Defence Will Need To Be Exceptional To Blunt...
Celtic will feel their endeavours in the Champions League have merited more than the solitary point [ ... ]
football
LIVE Football News: Chelsea And Manchester City In Champions...
Welcome to The Sportsman's LIVE football blog, where we will be bringing you all the biggest updates [ ... ]
football
Chelsea vs AC Milan Odds: Can Graham Potter Pull Off An Italian...
Graham Potter’s start to life as Chelsea manager has been interesting. He got the job just under [ ... ]
football
Jock Stein: The Son Of A Miner Who Became A Celtic Legend
One-third of the legendary Scottish managerial trio: what Bill Shankly did for Liverpool and Matt Busby [ ... ]
football
Liverpool 2-0 Rangers: He's Mesmeric, He's Unique, He's Trent...
It was the debate that took up a hefty chunk of last night’s Monday Night Football. Trent Alexander-Arnold. [ ... ]
football
Euro 2022 A Roaring Success As 365m Tuned In To Watch Tournament...
Euro 2022 was a roaring success for the growth of the women’s game. We have already started to [ ... ]
football
Who Are The Five Nominees For The BBC's Women's Footballer Of...
The BBC have revealed that voting is now open for their Women’s Footballer of the Year award, [ ... ]
football
Man United's Erik Ten Hag Should Not Make Any Snap Decisions...
Questions were asked of Erik ten Hag in the wake of Manchester United’s 6-3 humbling at the hands [ ... ]
football
Spain And Portugal To Announce Ukraine As Third Member Of 2030...
Spain and Portugal are set to reveal that Ukraine will be added to their joint-bid to host [ ... ]
football
Major French Cities Are Banning Qatar World Cup Fan Zones
Several major French cities including Bordeaux, Marseille and Lille have said they will not organise [ ... ]
football
Steve Cooper Turned Things Around At Nottingham Forest Once,...
Monday Night Football was not good viewing if you are a Nottingham Forest fan. After a long wait for [ ... ]
football
Liverpool v Rangers Odds: Jurgen Klopp's Men Big Favourites...
This has not been a convincing Liverpool season thus far. A 9-0 battering of Bournemouth aside, the [ ... ]
football
Liverpool vs Rangers: Gers Need Special Anfield Occasion To...
Rangers' famous victory against Leeds United 30 years ago in the qualifying phase of the inaugural [ ... ]
football
Gary Neville Believes Trent Alexander-Arnold Could Be One Of...
Gary Neville believes Trent Alexander-Arnold could be one of the world’s best ever right-backs [ ... ]
football
LIVE Football News: Champions League Returns As Liverpool Host...
Welcome to The Sportsman's LIVE football blog, where we will be bringing you all the biggest news [ ... ]
football
Longest-Serving Manager Simon Weaver On Harrogate Town And Working...
In May 2009, the world was a very different place. Labour’s Gordon Brown was the prime minister, [ ... ]
football
FA Cup 4th Qualifying Round Draw: Oldham And Scunthorpe United...
Oldham Athletic will face Chester or Hanley Town while Scunthorpe United will travel to South Shields [ ... ]
football
Chris Wilder's Stock At All-Time Low After Middlesbrough Sacking
In the late summer of 2020, Chris Wilder was on top of the world. His side had returned from the unforeseen [ ... ]
football
Amorim, Lopetegui & Postecoglou: Ten Managers In The Frame For...
Wolverhampton Wanderers are on the hunt for a new manager following Sunday’s sacking of Bruno [ ... ]
football
Uefa Women's Champions League: Chelsea & Arsenal Handed Tough...
Chelsea and Arsenal have both been given difficult opponents in the 2022-23 Uefa Women’s Champions [ ... ]
football
Dalian Atkinson, Tony Yeboah & The 30 Premier League Goal Of...
Monday 3rd October marks the 30th anniversary of the first ever Premier League Goal of the Season [ ... ]
football
When Will Erling Haaland Surpass The Premier League's Greatest...
Erling Haaland looks a dead cert to finish this season as the Premier League’s top scorer after [ ... ]
football
Middlesbrough Sack Chris Wilder As Club Sit In Championship...
Middlesbrough have confirmed that they have parted company with manager Chris Wilder after 11 months [ ... ]
football
Callum Wilson Rewarded With Fresh Newcastle United Contract
Newcastle United have handed Callum Wilson a fresh two-year contract with the option of a further year [ ... ]