Boxing
News
Tyson Fury has hinted that the end of his four-month retirement is close at hand
Joey Mills
06:55, 12 Aug 2022

The end of the least convincing retirement this side of Ric Flair, the resumption of Britain’s greatest ring rivalry and some golden additions to a historic O2 card. It’s been a busy old week in the glove game. Here’s Five Boxing Stories You Might Have Missed.

WBC, The Ring and lineal champion Tyson Fury has announced his intention to return to the ring. Less than 24 hours since his promoter Frank Warren spoke of ‘The Gypsy King’ having “itchy feet” over a comeback, Fury posted a series of videos on social media announcing his return.

Few in the industry bought Tyson’s vow to retire in the wake of his victory over Dillian Whyte back in April. This view was only strengthened by Fury’s refusal to vacate his WBC heavyweight championship. Why does a retired man need a world title belt? Exactly.

In the clips, Fury made a couple of announcements. One was a surprising new trainer, with Fury undercard regular Isaac Lowe seemingly taking on the role. Fury only mentioned his most recent trainer, SugarHill Steward in passing when announcing Lowe’s role. He referred to Steward in the past tense, possibly hinting that their relationship is over.

The other proclamation was that he wants to fight Derek Chisora in a fight he bizarrely claimed would make him “the first heavyweight champion in history to have two trilogies”. This is complete nonsense, as Muhammad Ali’s three-fight series with Joe Frazier and Evander Holyfield’s triumvirate with John Ruiz would attest.

There is little reason at all for a third Chisora bout to happen. Fury has comfortably beaten ‘Del Boy’ on two previous occasions, in 2011 and 2014. Chisora has just won for the first time in years, having lost his previous three fights. This is not the form of a world heavyweight title challenger. Fury knows that, and it will be interesting to see if ‘War’ Chisora is still the fight he wants when Oleksandr Usyk and Anthony Joshua’s rematch for the other three major belts is over.

The cat is finally out of the bag, Conor Benn will fight Chris Eubank Jr in a catchweight clash on 8th October at the O2 Arena in London. The bout has been something of an open secret for a while now and a 157lbs catchweight has been decided upon. You can read more on what The Sportsman makes of the weight issue here.

Both men come into the fight in fine form. Eubank has won six fights on the bounce, and was last seen outpointing Liam Williams in February. Benn is unbeaten and retained his WBA Continental welterweight strap with a two-round blowout of Chris van Heerden in his most recent bout. 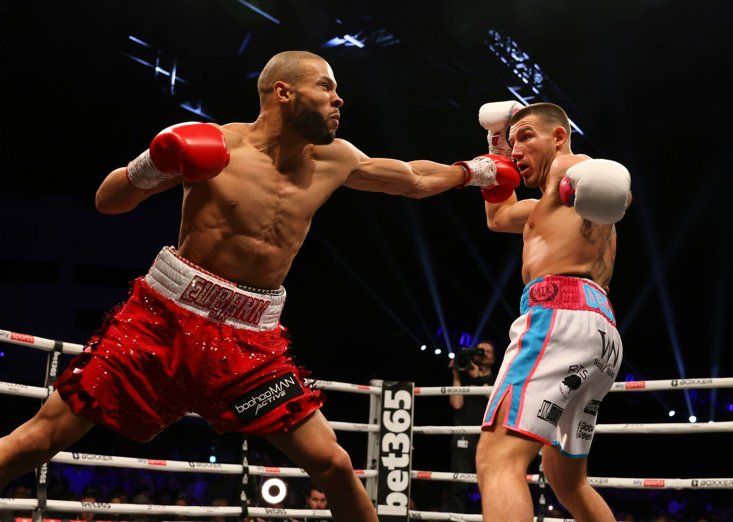 The historic all-female card for Claressa Shields’ unification grudge match with Savannah Marshall is taking shape. The world class co-main event pitting Mikaela Mayer against Alycia Baumgardner was already set in stone. Now the rest of the show has been revealed.

There’s also outings for Ebanie Jones, April Hunter, Shannon Ryan and the fearsome Sarah Leigman. The entire event is a show of strength from the women’s game in what has already been a banner year for the sport.

There was also a gold medal for heavyweight England’s Lewis Williams, who had too much for Samoa’s Ato Leau Plodzicki-Faoagali in their decider. England also notched a silver through Gemma Paige Richardson, who was defeated by Ireland’s world champion Amy Broadhurst in her lightweight final.

Liverpool’s popular WBO super welterweight champion Natasha Jonas will get the opportunity to unify her championship when she faces unbeaten WBC boss Patricia Berghult. The 38-year-old will enjoy home advantage on Merseyside on the Liam Smith vs Hassan Mwakinyo card.

Jonas finally realised her world title dream last time out, winning the vacant WBO strap against Chris Namus. Now she faces the daunting prospect of defending her gold against the 14-0 Berghult. The Swede is best known to British fight fans for her 2019 decision victory over current WBA champion Hannah Rankin.