Twenty years ago, Ipswich Town were on the verge of securing a spot in the UEFA Cup, eventually finishing 5th in their first season in the Premier League since 1995. Fast forward two decades and the Tractor Boys are floundering in the middle of League One, the relationship between the club and its fans has never been more toxic and the side is in very real danger of being swept into the abyss unless something happens. And fast.

Ipswich’s current malaise was exacerbated on Tuesday night in a 0-0 stalemate at home to second-from-bottom Northampton Town. The Suffolk outfit recorded just one shot on target across the 90 minutes, their players looked entirely disinterested, and the club received its third red card in just five games.

The discontent surrounding Portman Road was already at fever pitch before last night’s game - in fact, the coaching session on Monday in the run-up to this game had to be postponed after flares from Ipswich protest group Blue Action caused a small fire at their Playford Road training ground - but the draw against Northampton, while probably not the worst result of the season, felt like a new low.

“It wasn’t good enough, it’s not been good enough for a number of weeks now,” manager Paul Lambert admitted after the match.

“I’m not going to stand here and be the only one to blame, there are a few others there. I made that mistake in the past, I’m never doing it again. Collectively we’re having a hard time without a doubt and tonight wasn’t good enough.” 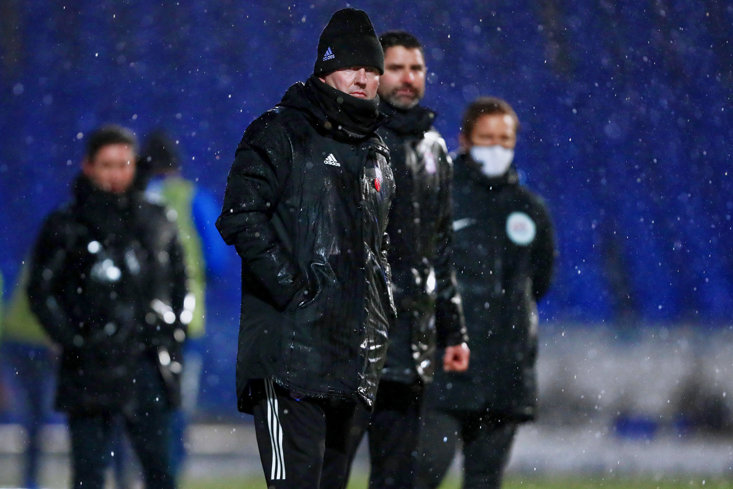 Lambert, appointed in October 2018, has been nothing short of a flop at Ipswich but the Scot is right; the blame is far from just his to shoulder. Marcus Evans, Ipswich’s owner since 2007, is the biggest target of ire among the club’s faithful and for good reason. The elusive businessman came to East Anglia with ambitions of Premier League football, instead the fans have been treated to watching the club’s soul being torn out in front of their eyes.

Former striker and academy product Darren Bent summed the atmosphere at Portman Road on TalkSport on Tuesday morning, saying, "They're not people who are argumentative, all they want to do is see what's best for Ipswich Town and hopefully Ipswich get promoted.

"They feel like the core of the club's been ripped out, whether that's the owner or the manager - to be fair they're not happy with both.

"The fact that we're seeing flares, having to suspend training, people protesting - this is not something that is usually associated with Ipswich Town Football Club.

"There's always been a nice relationship between the club and the supporters, and now it's gone completely sour.

"I think in order for this situation to be resolved, something's got to change, because this can't continue." 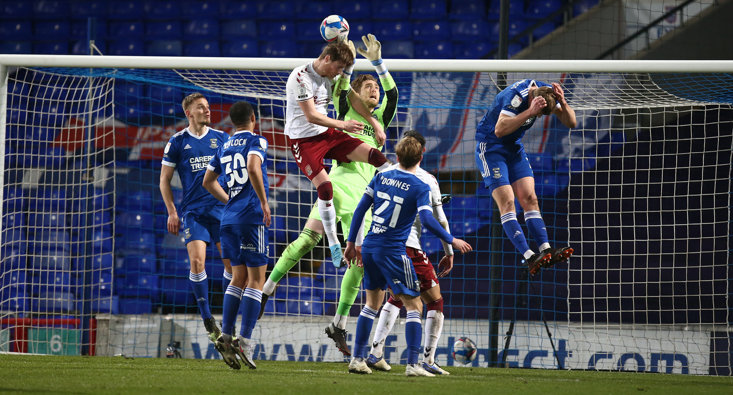 The club have the facilities and, on paper, a team that should easily be competing with the third-tier’s best but a lack of vision at the very top of the club is crippling its future. Evans will likely remain at the helm of Ipswich for a while unless someone can convince him to sell up but right now he needs to start making some big decisions. The first has to be finding a new manager.

Elsewhere in League One on Tuesday night, Peterborough United moved up to second with a 3-1 win over Gillingham while fellow promotion hopefuls Portsmouth stayed in fourth place having lost 3-1 at Bristol Rovers, despite going a goal up.