Football
News
The former Liverpool and Everton boss is a big name, but the wrong name for the floundering Hammers
Joey Mills
14:00, 20 Jan 2023

Rafael Benitez is reportedly in the frame to replace David Moyes, should West Ham United part ways with their manager in the coming weeks. The east London club are currently 18th in the Premier League table and enduring a seven-game winless run. Desperate times call for desperate measures and the Hammers could be set to pull the trapdoor on the head coach they’ve employed for the last three years.

On the surface, Benitez feels like a natural choice to follow Moyes into the hot seat. Both are experienced, pragmatic coaches. While they enjoyed wildly differing spells at Everton, they have both been among the most respected managers in the league over the past two decades. But one could argue a like-for-like switch is not what is needed considering West Ham’s current predicament.

Perhaps claiming the pair are roughly equivalent does Benitez a disservice. After all, this is the man who lifted the Champions League following perhaps the most thrilling final in living memory. Along with that triumph at Liverpool, he has a pair of La Liga titles, a Europa League and multiple domestic cups to his name. A world away from Moyes’ sole Community Shield as manager of Manchester United in terms of top flight silverware.

But the last of Benitez’s trophies arrived in 2017, when he won the Championship with Newcastle United. The Spaniard was deeply beloved on Tyneside, a rare beacon of hope during the darkest moments of the Mike Ashley era. You can’t really blame the former Valencia manager for the Magpies having gone down the previous year. He only joined in March, when Newcastle were already looking doomed to the drop. But you could also state that taking them straight back up was the bare minimum expected of Benitez.

Finishes of 10th and 13th were admirable under the circumstances. Benitez also brought unity amongst a fanbase who had been divided by the ownership. He was a galvanising figure, someone who supporters could rally behind. Unfortunately, the club would not rally behind him in the same way. Benitez would depart, with the ex-Liverpool head coach and Mike Ashley both telling different stories about the split.

In the three-and-a-half years since Benitez left St James’ Park, his career has been rather sparse. There was a 38-game engagement with Dalian Professional in China. That was cut short due to the outbreak of COVID-19. The former Inter Milan manager shocked many with his next move. His surprising move to Everton in June 2021 is probably the most instructive tenure when assessing how Benitez would do at the London Stadium.

Benitez took over the Toffees after Carlos Ancelotti left to return to Real Madrid. The Italian had guided them to a tenth-placed Premier League finish. The Merseysiders were not pulling up trees, but existed in a comfortable mid-table shelter for the time being. That rather dramatically changed under Benitez. 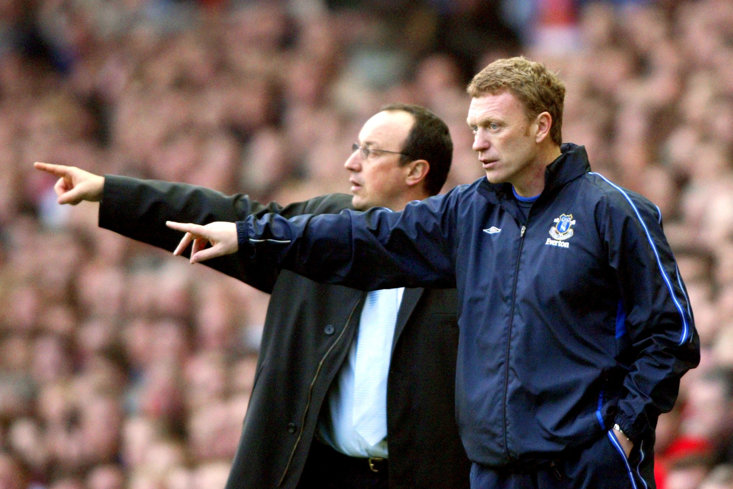 Admittedly, he was not given the resources his predecessor had enjoyed. While Ancelotti pulled in star names like James Rodriguez, Benitez was asked to make do with the cut-price likes of Demarai Gray and Andros Townsend. But when the manager was let loose on the purse strings he didn’t cover himself in glory. Benitez’s answer to Everton’s troubles up front was a move for Dalian’s Salomon Rondon. A season-and-a-half on, the former West Bromwich Albion forward has scored a single league goal.

The disconnect seemed inevitable. A beloved former Liverpool manager taking over at Goodison Park was never going to go over well. But Benitez had rolled with the punches before. His tenure at Chelsea was deeply unpopular due to previous comments he’d made about the club, but he still won them European silverware. However, Benitez’s failings on the blue side of the city were not due to allegiances or festering rivalries. They were merely attributable to the fact he did not get his side playing well.

This is where one wonders what Benitez has left as a restorative force. Newcastle was a number of years ago now. How much of the rejuvenative magic that saved the Magpies remains? Even more troublingly, his spell on Tyneside is the only job Rafa has stayed in for over 40 games since his 2013-2015 spell at Napoli. Without the fans behind him and against the owners, could Benitez enjoy the same longevity that turned his initial Newcastle failure into a qualified success?

Ultimately, Benitez looks like a man out of time. A brilliant coach but one who represents a bygone era. The 62-year-old could well dig this team out of trouble. But the Rafa of 2023 seems less likely to do that than the version from his 2005 pomp or even the 2017 vintage that rescued a similarly-floundering Newcastle. Everton tanked under his leadership to a degree they have never recovered from. Protesting fans will rightly point out that is partly down to the owners. But can West Ham afford to take that risk?