Football
News
The Manchester United right-back has been linked with a loan move back to Selhurst Park
Conor Keane
16:55, 28 Apr 2022

A new era is on the horizon once again at Manchester United and an upcoming squad overhaul is threatening to break the current chain of mediocrity. At this point, not one squad player will be safe from being shown the Old Trafford door, but for some a potential summer exit might be viewed as an escape route.

Incoming United boss Erik ten Hag is set to come in and axe whoever he wants as he is charged with rebuilding the giant to its former glory. Along with current interim boss Ralf Rangnick, Ten Hag will leave no stone unturned when it comes to incomings and outgoings he deems necessary ahead of his first season in charge.

Aaron Wan-Bissaka is one of the names that springs to mind when you think of the players who will likely fall under the microscope at the end of the season. The right-back’s time with the Red Devils has been an enigma to say the least. Like many of the current first-team members, his career started off well before quickly taking a dramatic u-turn. He has struggled to live up to the £50 million price tag that United paid to Crystal Palace back in 2019 after a stunning breakthrough at Selhurst Park.

However, he could be one of the players that could benefit from a fresh start and get his career back on the path that looked so bright when he was an Eagle.

Where better to reignite his career than the club where it all began. It has been reported that Palace are interested in bringing the 24-year-old back to south London on loan and it seems like a deal that would work for all parties. United need to build a squad from scratch to the design of their new manager and there are definitely going to be several exits ahead of 2022-23. 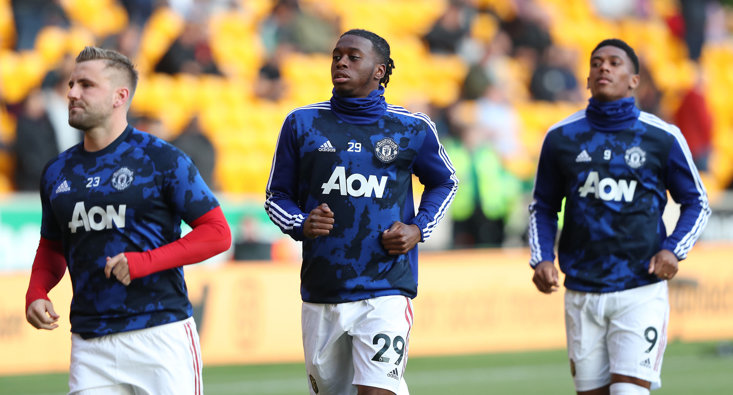 At Palace, Patrick Vieira has quickly changed the team’s philosophy and there have been positive signs this year of what he is hoping to achieve with this group of players.

Their style of football is attractive and a stark contrast to what the players and fans have been used to until the Frenchman's arrival. The squad is filled with exciting, young talent who have the potential to go far in the game and, for now at least, help propel Palace into top-10 and domestic silverware challengers. In less than a year they have already reached an FA Cup semi-final. There is a great sense that something special is happening in SE25 and it is an exciting project that many footballers would be eager to join.

Wan-Bissaka needs a way to rediscover his best form and by going back to the place where he burst onto the scene, under the guidance of a coach who is currently nurturing some exceptional young talent, he too can benefit and it would do the world of good for his confidence.

Palace currently have the ageing Joel Ward and Nathaniel Clyne as their current options at right-back, while Nathan Ferguson has suffered consistent injury problems since joining from West Bromwich Albion. It’s no surprise that Vieira will be looking to add another youthful talent to the mix to compete for places next summer. While a loan deal appears to be the only offer in the pipeline, should Wan-Bissaka get back to his best at Palace, it could lead to a permanent move back south and he could become a key figure to execute Vieira’s long-term vision.

A loan deal may work for United to begin with. They can assess how the defender performs away from Old Trafford and if he succeeds they may feel that he still has a future in Manchester, At the very least, they should be able to recoup some of the substantial transfer fee they paid for him three years ago.

For the player, a chance to play football back in a familiar setting to help his game flourish again would be too good of an opportunity for him to turn down. The same applies to Palace. The club know the player well from before and understand what he can bring to the side should he get back to his best. If anyone can unlock this it’s Vieira. The way he has encouraged the younger players in his ranks this term has been applauded by people across the game.

With Conor Gallagher, Marc Guehi, Tyrick Mitchell and Michael Olise acting as his star pupils this year, Wan-Bissaka will be intrigued to find out what the French manager could do for his game should he return to Selhurst Park for 2022-23.