Football
News
Can the man who brought the Colombian to Madrid revive him at Everton?
Harry De Cosemo
10:00, 28 Mar 2020

No club chews up and spits out world class players quite like Real Madrid. Yet, their sense of entitlement, stemming from their connections to the Spanish monarchy and subsequent trophy-laden history, is such because those players will often bend over backwards to get a move to the Santiago Bernabeu. Whether they are the right fit or not, the bright lights and white shirts are more often than not too hard to resist.

One such example is James Rodriguez who, after one season at Monaco, signed for Los Blancos off the back of being named Player of the Tournament at the 2014 World Cup in Brazil. Previously viewed as a talented player with great potential, his stock rose over the course of the summer, and he made the switch for £72m.

Joining that elite club invites pressure, but the difference for the Colombian, compared to any other major superstar signings, was the amount of time he was watched. Whether it was Cristiano Ronaldo, Kaka or Gareth Bale, the precedent was that they would only arrive at Real when at the peak of marketability, after stellar seasons with their clubs.

They’d have played at their optimum level over a long period, and would be expected to reproduce immediately. Rodriguez reached a peak at the World Cup he was arguably never going to again; but he got the same welcome, with the same fanfare, and the same ruthless expectation.

The other side of this whirlwind, opportunistic transfer’s narrative was the reaction of Carlo Ancelotti. As manager at Real Madrid, particularly under the father of the ‘Galactico project’, the incumbent is effectively given a new signing and expected to find a way of fitting him into his team to maximise their brand potential. 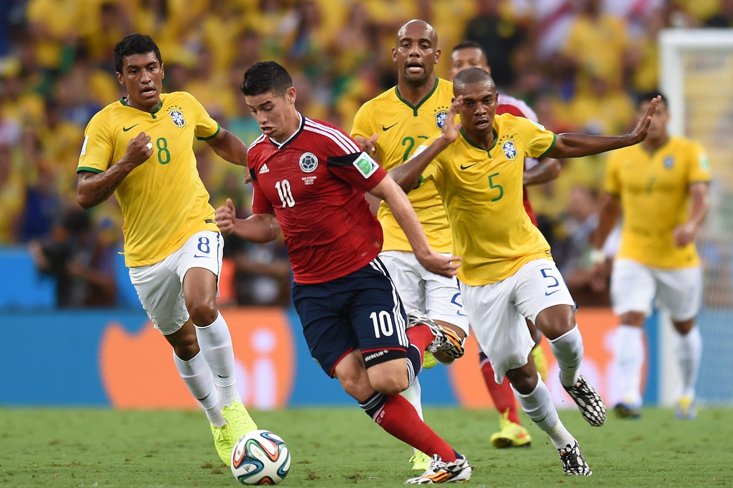 Ancelotti had done it brilliantly with Bale the season prior, reinventing Angel Di Maria as a central midfielder to create the role out wide, and won the coveted 10th Champions League crown.

But the Argentine was sold in order to make space for flavour of the month Rodriguez, who wasn’t as expendable in his positioning, and the Italian had to go back to the drawing board. While Rodriguez impressed in the 2014/15 campaign, Ancelotti was sacked unceremoniously at the end of it.

Rafael Benitez, his replacement, and across two spells, Zinedine Zidane, both gave him the cold shoulder, and it was from that his career in Spain began to flounder. Once his star began to fade, they moved on, and at the age of 28, having failed to impress sufficiently in a two-year loan spell at Bayern Munich, he is looking to reboot himself.

Real acted hastily when they signed him, but he was among the most highly-rated players in Europe even before his heroics with Colombia. Interest was high as he approached his peak, with Manchester United particularly big admirers; but now it has arrived, everyone at the top table is looking elsewhere.

Instead of Bayern, United and Juventus, Wolves have been most recently linked with ending his painful spell in La Liga. It is hardly the glamorous move he’d want, but Nuno Espírito Santo has got them simmering in the Premier League. Were he to somehow be lured to Molineux, he could be the catalyst for them to go to the next level.

But since his relationship with Ancelotti ended, there has been speculation the pair would reunite; it was he who brought Rodriguez to Bayern initially, before his exit saw history repeat itself at the Allianz Arena, and there were often rumours of a move to Napoli before the manager departed there earlier this season.

Now, Ancelotti is at Everton, hoping to push them up the Premier League. It was a real coup for the Toffees to attract a manager of his pedigree, but after some difficult moments at previous clubs, his reputation and perhaps his ego needed mending. So far, it has been a happy marriage; but the similar experiences he and Rodriguez have shared, with rejection and disdain of bigger clubs, may just make Goodison Park the perfect place for their reunion.

Someone with Rodriguez’s quality, reputation and need to be loved again would thrive with Everton. He still has plenty to give, and must escape the poor decision he made six years ago by leaving Madrid. The man who made it work for him there initially could be the man to resurrect his career now.