Football
News
Both clubs are stuttering but its Chelsea who are better suited for the long-term
Elliott Bretland
10:00, 24 Oct 2020

New goalkeeper, check. Commanding, experienced centre-back, check. Attacking quality, check. Chelsea and Frank Lampard did it all this summer with seven impressive, imperative signings which should catapult the club forward this season and beyond. Manchester United didn’t.

Again the Red Devils needed to make amendments to a squad which needed strengthening, and while they may have tightened the screws in certain areas of the machine, other parts are falling away.

The two teams have both endured stuttering starts to the season but when they meet at Old Trafford in the Premier League on Saturday evening, it is sure to be Chelsea supporters who are more content with their squad and line-up. Sure, United went to Paris in the Champions League this week and triumphed but it won’t come as a surprise should their midfield get overrun against Lampard’s side or if the defence takes a battering in calamitous circumstances.

Under Ed Woodward, the club’s chief executive, Manchester United fans have grown tired with a failing transfer strategy which has left the squad short and lethargic. The prime frustration came from the club’s long, ineffective pursuit of Jadon Sancho. United were said to be extremely interested but soon walked away from any deal. 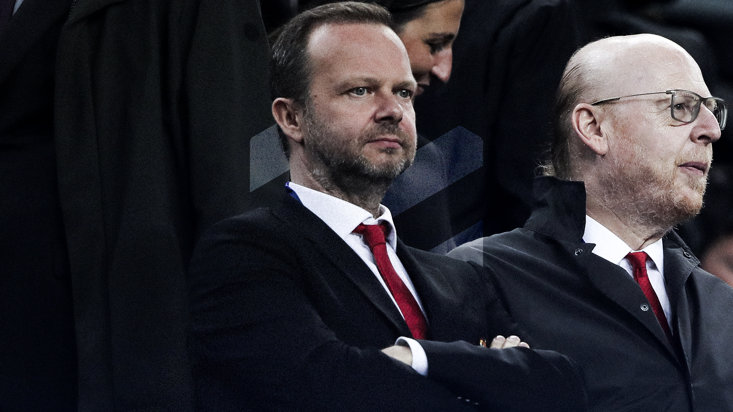 While Donny van de Beek and Alex Telles arrive with Champions League experience and look like good purchases, the signing of free agent Edinson Cavani left people scratching their heads. The fact United left it so late to sign the Uruguayan just increased the doubt among fans that there was a plan in place, especially when a new left-sided centre-back failed to materialise. Youngsters Amad Traore and Facundo Pellistri also agreed to join the club but are players for the future and won’t fix any malaise that arises this campaign.

However, Woodward was satisfied with the business conducted, “We are pleased with our recent additions to the First Team squad of Donny van de Beek and Alex Telles, two players we had been tracking as part of our recruitment process for a long period, and Edinson Cavani, a top striker who adds a new option to our forward line. We also welcome Facundo Pellistri and Amad Diallo, who will join in January, two exciting young prospects who have also been scouted extensively.

“Added to the arrival of Bruno Fernandes earlier this year, these recruits underscore our continued commitment to strengthening the squad and take our net investment in new players since summer 2019 to over €200m – more, I believe, than any other major European club over that time period.”

On the flip side, the Blues have landed young hungry talent, ready to make an impact now, and moreover they made their moves early. Kai Havertz and Timo Werner, both so heavily linked with Bayern Munich and the latter also to Liverpool for so long, are now Chelsea players for the foreseeable.

Frank Lampard and the board, having endured a transfer ban a year earlier, identified targets, including left-back Ben Chilwell, defender Thiago Silva, Edouard Mendy, the goalkeeper arriving from Rennes, Hakim Ziyech from Ajax and Malang Sarr from Nice and landed them one by one, no messing around.

They got their ducks in a row, their house in order and, when the team gels, they should be a slick juggernaut while United could well be looking for spare parts again come January rather than buying the new steering wheel and engine they so clearly need.