Boxing
News
Usyk presents a stern enough challenge that it is worth considering what the Ukrainian might do next
Joey Mills
11:02, 22 Sep 2021

When the dust settles and Anthony Joshua vs Oleksandr Usyk is in the record books, fans and media alike will already be asking the question, “When is Joshua vs Fury?”. The fervour is understandable, an all-British showdown to unify the four heavyweight championship belts is the biggest fight in the sport. But what has been forgotten in the soap opera build-up to this potential mega-match is that there’s every chance Usyk could win on Saturday night. If the Ukrainian does pull off the upset, what happens next?

For the purposes of science, we are going to imagine Usyk is the new WBA, WBO and IBF champion of the world, having emerged victorious against ‘AJ’. There are a number of roads he could take. The most likely outcome is a rematch. As we saw when Andy Ruiz borrowed the straps from Joshua for a few months, the Watford man is usually keen to get his conqueror back in a ring as soon as possible. However, while Ruiz’s victory was treated with the same wonderment as ‘Buster’ Douglas, Leon Spinks and Hasim Rahman’s past upset title wins, an Usyk victory is not comparable. Far from a bolt out of the blue like those results, Usyk is used to winning. He is an Olympic gold medalist and an unbeaten former undisputed cruiserweight champion. You can argue his world class pedigree is above Joshua’s. He is the underdog for this fight, but a supremely viable one. 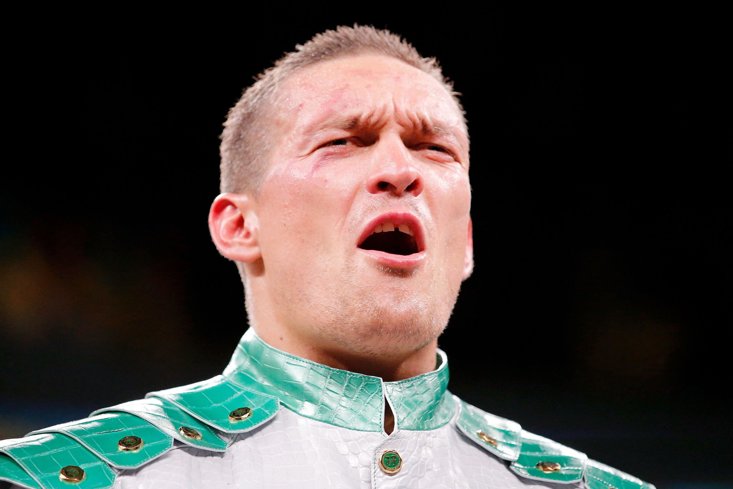 So what would a Usyk victory mean, beyond parties on the streets of Kiev? For a start it would put the victor firmly in the crosshairs of whoever is left standing when Tyson Fury and Deontay Wilder meet for the third time. While losing some of its box office appeal without the all-English angle, the first four-belt undisputed title fight in heavyweight history is going to sell tickets no matter who is involved. Usyk vs Fury would be a fascinating stylistic match-up, perhaps the closest thing the division boasts to a technical chess match. Usyk vs Wilder would be a thriller, both men having significant knockouts on their record and a keen eye for a finish.

A victory in either of these would establish Usyk not only as the best fighter in the division, but see him stand alongside Saul ‘Canelo’ Alvarez as one of the best fighters of this era. Unifying the top two weight classes in boxing, and clearing out Anthony Joshua and either Fury or Wilder to do so would be an incredible feat.

Of course the wheels of boxing rarely turn smoothly, and if Usyk beats Joshua there is every chance the machinations of the sport would still keep title unification out of reach. ‘The Cat’ would find himself in possession of three major sanctioning body championships. With a great number of belts comes greater mandatory challenger responsibilities. While it is only loosely-followed, the major sanctioning bodies rule that their champions face a mandatory challenger once a year.

The current crop are Daniel Dubois (WBA) and Charles Martin (IBF) while Usyk himself represents Joshua’s WBO mandatory defence. This would leave Usyk with two sanctioning bodies to address. The WBA functions in such a way that they currently have two world heavyweight champions, Joshua and ‘regular’ belt-holder Trevor Bryan. Dubois’ experience level, and the fact he suffered a stoppage loss to Joe Joyce three fights ago, suggests he may prefer the softer option of Bryan as he aims to capture his first world title. 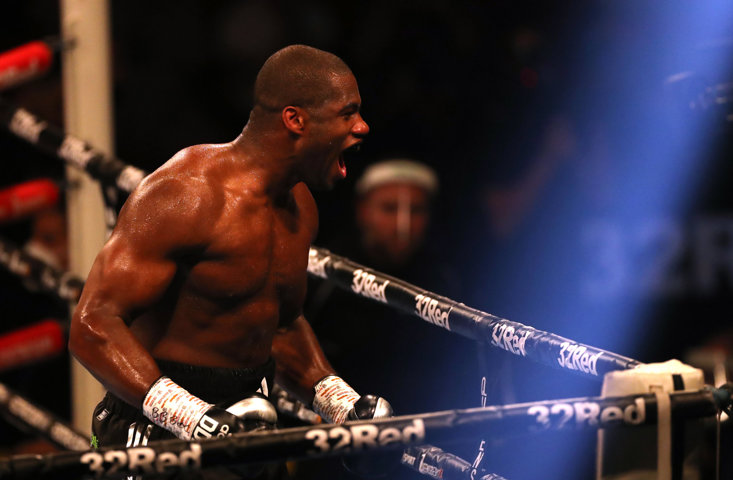 Charles Martin may not be as easy to shift. The former IBF champion capitulated in two rounds of a truly rotten title defence against Joshua in 2016. Martin has gone 5-1 against tame opposition since losing his title, and would be close to unmarketable as an Usyk opponent, even if the new champion was riding a wave of post-AJ publicity. Usyk would face a difficult decision, fight a commercially-unattractive mandatory, or vacate the IBF and risk a future undisputed title fight not coming to fruition.

There are several interesting permutations to an Oleksandr Usyk win. Arguably none are as attractive as the Fury-Joshua superfight we have craved for so long. But Usyk-Joshua II, Usyk-Fury and Usyk-Wilder would all provide tremendous entertainment. Usyk-Dubois would probably be a mismatch at this point in their respective careers, and Usyk-Martin would be an undeserved second title shot for one of history’s most fortunate world champions.

For now this is fantasy matchmaking, there is the small matter of twelve rounds of boxing before they become a possible reality. The above may never come to pass, as Joshua remains the favourite to retain his titles and march on in search of a Fury bout. But Usyk presents a stern enough challenge that it is worth considering what the Ukrainian might do next, should he become a two-weight world champion on Saturday night.