February 22, 1991 is a date etched in the memory of Liverpool fans everywhere as just two days after one of the most epic FA Cup ties in years Reds boss Kenny Dalglish stunned the football world by announcing his intention to walk away from the club after 14 years.

48 hours previously Everton had come from behind no fewer than four times to deny Dalglish’s men victory and a place in the FA Cup quarter-final in a 4-4 thriller; a game which highlighted Liverpool’s brilliance and increasing vulnerability in equal measure.

But as the newspaper headlines describing the eight-goal classic were still drying, the man known simply as King Kenny on the Kop – to the surprise of everyone – abdicated his throne.

“People might find my decision difficult to understand but it’s one I’ve made,” said the ashen-faced Scot as he addressed the assembled press that morning. “It would have been a mistake to mislead people into believing that there was nothing wrong in myself.”

Such was the speed of the announcement that the players were only informed during a hurriedly organised and emotional team meeting 24 hours before it was made public not long after he told his wife Marina; but his tone and demeanour at the press conference, not to mention the words he used, more than hinted that his decision was not entirely football related.

Generally regarded as one of the greatest players ever to pull on the famous red shirt, Dalglish was Liverpool Football Club. As a player his 172 goals, six league titles, four League Cups, one FA Cup and three European Cups made him a legend, while as a manager three league titles and two FA Cups only enforced his reputation. 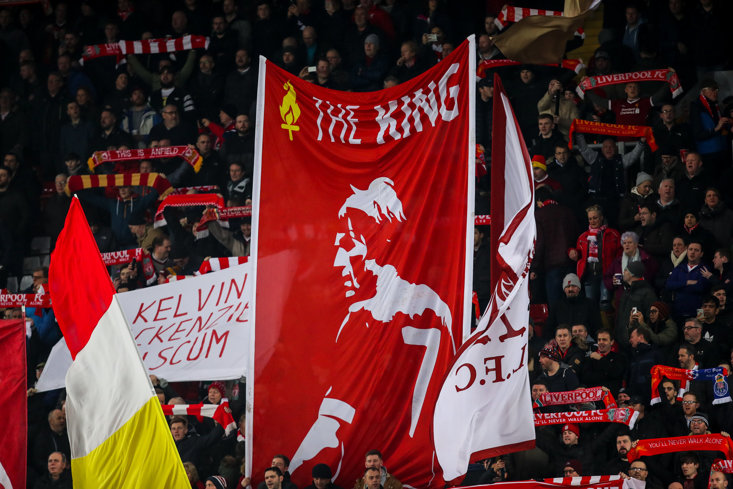 He’d taken charge of the club following the resignation of Joe Fagan at the end of the 1985/85 season in the wake of the Heysel Stadium tragedy prior to Liverpool’s European Cup final against Juventus which killed 39 people; winning the league and FA Cup double in his first campaign as player-manager.

Further success came in the form of another emphatic title win in 1988 as Liverpool stormed to the title by playing some of the most exciting and exhilarating football ever witnessed at Anfield and only missed out on a second double when they were stunned by Wimbledon at Wembley in one of the biggest FA Cup final shocks ever.

After losing out to Arsenal in arguably the greatest title race of all time in 1989, a season which was overshadowed by the tragic death of 96 Liverpool fans at that season’s FA Cup semi-final at Hillsborough, Dalglish’s side regained the title once more; wrenching it back from Arsenal’s grip in convincing fashion at the first attempt.

But the events of April 15, 1989, in what remains Britain’s worst ever sporting tragedy, would ultimately have such an impact on Dalglish that it would affect his ability to do the job that many feel he was born to do.

In the weeks and months following the disaster, Dalglish was no longer just a club legend and icon of the game. He attended as many funerals as he could while he and his family became grief counsellors to thousands of people who were turning to him in their hour of need; a shoulder to cry on for an entire city in every sense.

“Kenny won't just go out of his way for family; he gave so much to relatives of the Hillsborough victims and, eventually, it took its toll,” Liverpool and Republic of Ireland midfielder Ray Houghton later said of Dalglish.

And with the benefit of hindsight it’s clear to see that, at the time, Dalglish was a man struggling to come to terms with his emotions in an era when post-traumatic stress disorder, depression and emotional fatigue were rarely talked about.

This was never more evident than in that FA Cup tie with Everton where he appeared to be the shadow of his former self, and while his opposite number Howard Kendall lived and breathed every kick, Dalglish spent most of the game slumped against the dug-out, hands deep in his pockets, offering little in the way of advice or encouragement and not making one substitution in the entire 120 minutes of a gruelling game.

He looked like a man bereft of enthusiasm, whose passion for football had long since diminished, though as the teams trooped off, most people still remained completely oblivious of what was about to happen.

"In the dressing room after the 4-4 with Everton no one had an inkling of what was to follow,” explained then Liverpool skipper Alan Hansen. “Kenny was quiet afterwards but he was quite often quiet.” However, just two days later his announcement confirmed what few could have predicted or even comprehended as Dalglish sensationally quit as manager of Liverpool.

Such was the enormity of the announcement that in that evening’s Liverpool ECHO news of Dalglish’s resignation reduced the prospect of a third world war in the Middle East to just a short paragraph.

Meanwhile, the news was greeted with almost mass hysteria across Merseyside and the greater footballing community. “I can remember it clearly,” Anthony Atkinson told the ECHO some years after. “I was 14 at the time and was totally devastated.” One supporter even found it so hard to accept the news that he actually called 999 and asked the police for their help.

There were initial reports of dressing room fallouts and even disagreements with the board over potential signings and transfer budgets, none of which has ever been truly confirmed.

But in subsequent years it’s probably fair to say that the real circumstances which caused a man who had spent the best part of his life at Liverpool and had won so much as both a player and manager to walk away from the club he loved in such dramatic circumstances have been overlooked.

Remembering that momentous night some years later Dalglish revealed his inner thought process during that infamous final game in charge and looking back now it seems incredible that the genuine reasons for his departure weren’t more obvious to everyone.

“After we took the lead for the final time, I knew I had to make a change to shore things up at the back,” he said. “I could see what had to be done, and what would happen if I didn’t, but I did not act on it. That was the moment I knew I was shattered. I needed to get out and away from the pressure.”