Russian mixed martial arts promotion ACB returns to the UK for the third time this weekend for ACB 65 at the Sheffield Arena.

The highest of the British representatives on the card is Manchester’s Brendan Loughnane. He makes his second appearance under the ACB banner and faces the toughest test of his career in vastly experienced, UFC alumni Pat Healy.

“He’s the most experienced fighter I’ve ever faced. He’s a massive name and has wins over the likes of Dan Hardy, Carlos Condit and Paul Daley. He’s a huge lightweight” Brendan told The Sportsman.

The fight card was initially scheduled to take place in California before being moved to Sheffield with UK fight fans being treated to an action packed night of fights.

“I’ve got friends in Las Vegas who planned to travel to California for the fight, but for me it’s better [being in Manchester]. I can spend time at home and be in my comfort zone.”

Brendan has a history of bringing a large number of fans to his events and the late rescheduling shouldn’t cause him any issue.

“I always bring good support. There will be a few hundred of the night and you’ll hear them screaming” said Loughnane on his fanbase.

The Mancunian made his ACB debut at the Manchester Arena in March, defeating fellow Brit Mike Wilkinson in a rematch from Loughnane’s sole UFC appearance. 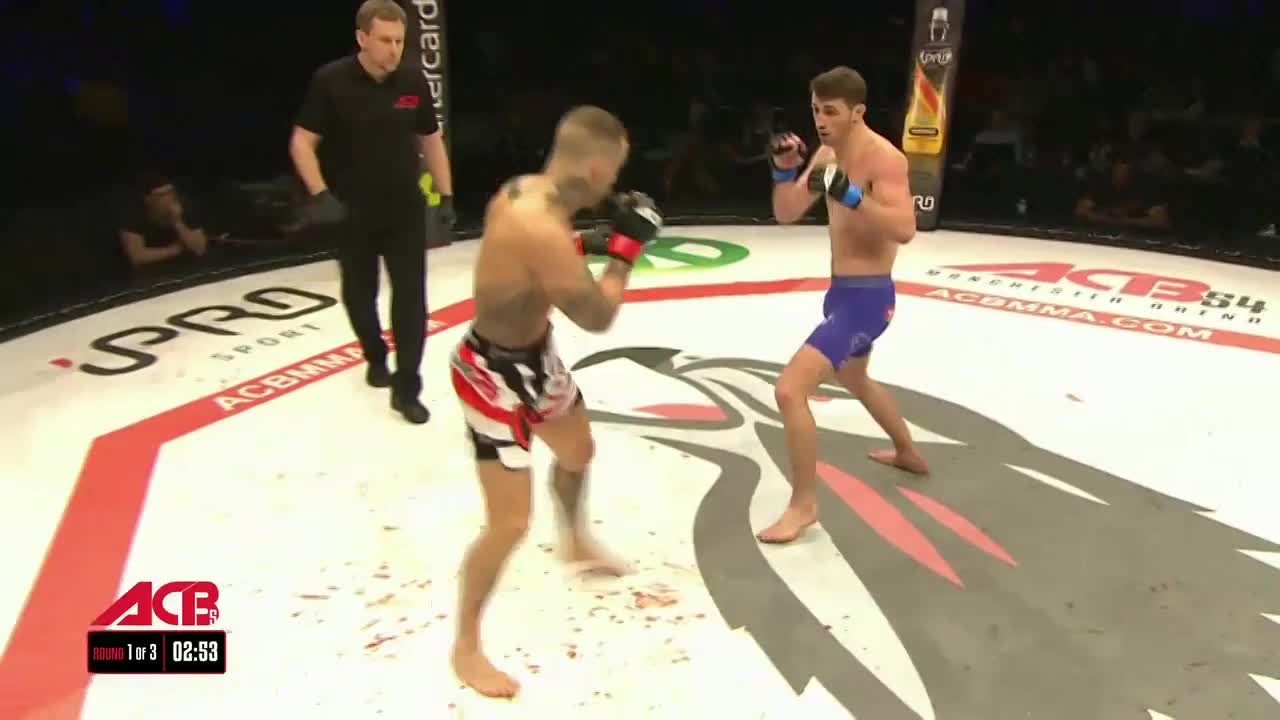 “ACB is on the world level of fighting. They’re not far off from the UFC’s level and they’re doing big things. I’m glad to be apart of it!”

The Russian promotion recently added a huge incentive to their fighters, with anyone getting a finish in their fight sealing a $5,000 bonus.

On the bonus, Loughnane said “It’s a massive thing. Before the bonus scheme came in, I won knockout of the night in Manchester and got a cheque for $10,000 on top of my wage”

ACB 65 will be shown live on Box Nation, who join the likes of Channel 5, Dave and BT Sport in broadcasting mixed martial arts. Brendan said “I’m glad it’s live as its good for sponsors and exposure, so if you can’t come to Sheffield, tune into Box Nation”

Loughnane has competed at both featherweight as well as lightweight and said he said he feels he can switch between the two on a fight by fight basis.

“Pat Healy is one of the biggest lightweights out there, so if I can beat him at that weight then size isn’t an issue. If the right fight comes up at featherweight then I’ll take it and the same at lightweight. I wanted a marquee name and I got one!”

Brendan Loughnane
@Brendan264
Happy To Be Back At Lightweight ⚖️
Who Else Is Jumping Up And Down Weight Classes & KO'ING Ranked Opposition At Both??
#LW #FW #8days 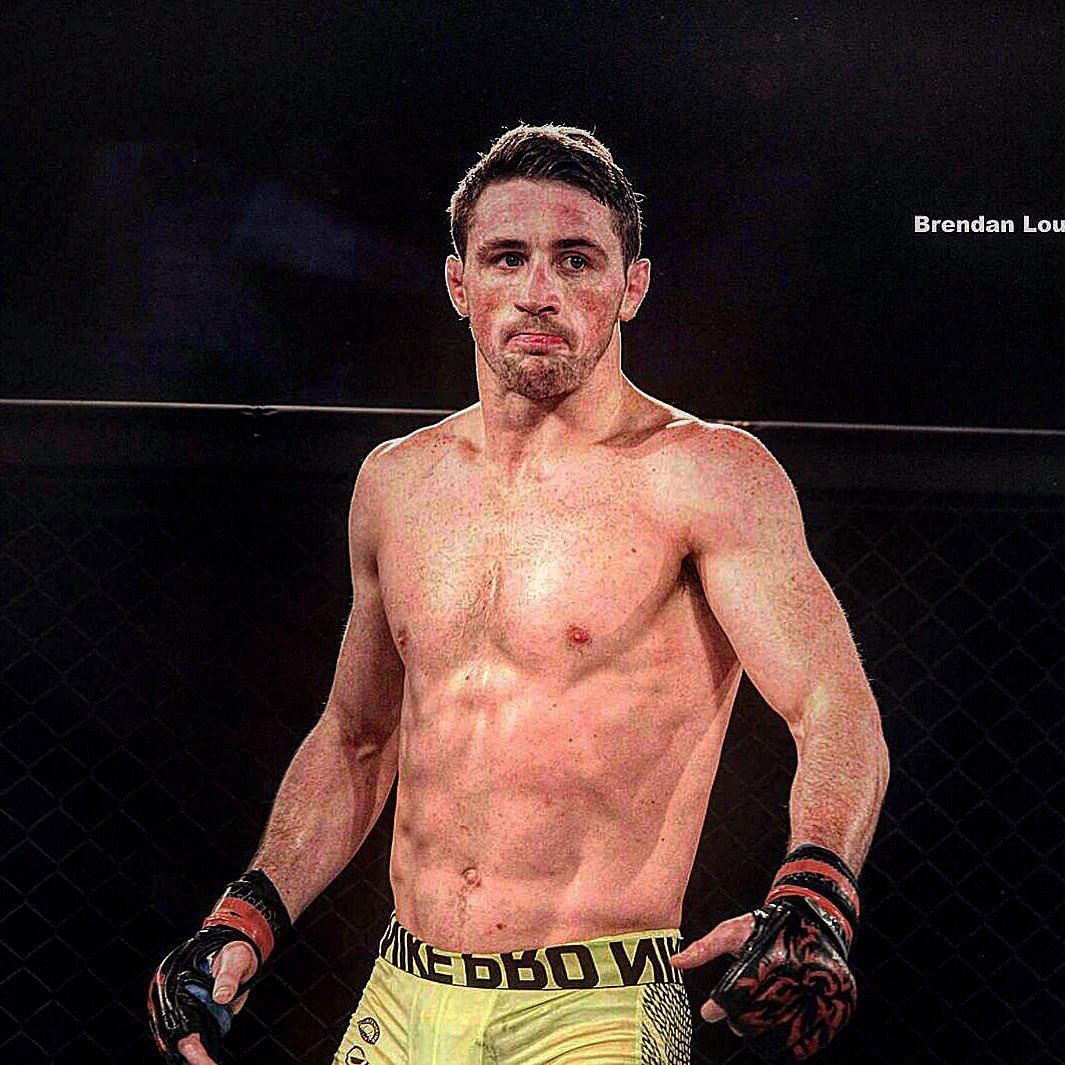 Rumours of a huge domestic fight with Liverpudlian Paddy Pimblett have been circling for a number of years now. Pimblett is the former Cage Warriors featherweight champion and Loughnane feels he knows what happens if they step into the cage.

“I can’t believe this guy still gets brought up. His last performance wasn’t the best and everyone knows what will happen if we fight. I’m leagues apart from Paddy and if I win on Saturday night, he’s miles away from me. I would love to do that fight, but everyone knows what would happen”

Loughnane was present at the London leg of the Floyd Mayweather and Conor McGregor world tour and spoke of his admiration for the Irishman saying “It shows just how far McGregor has come. It’s inspiring and I can’t help but praise him for what he’s done”

Of course, the ultimate goal for a mixed martial artist is to compete in the UFC and whilst Loughnane would love to return, he’s not setting any goals for the next 12 months.

“I’m the best featherweight and maybe even lightweight in Europe. I don’t know what is going on at the UFC but I put on exciting fights. I don’t set goals, I’m just enjoying myself travelling around the world exploring different martial arts”

“I don’t want to put pressure on myself, or the people around me. I’ve seen how horrible fans can be if you lose. It’s a fickle world so I take things fight by fight.” 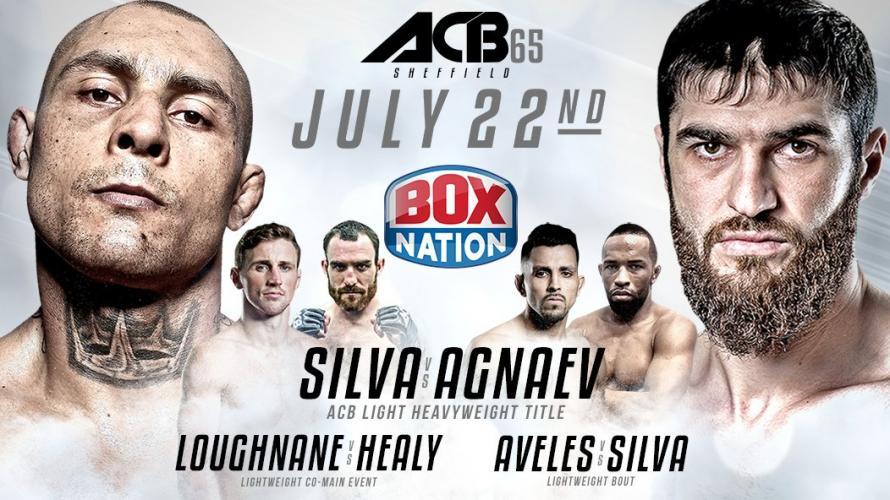 There are still tickets available to attend ACB 65, starting at just £20 this Saturday evening in Sheffield here: http://bit.ly/2uZiYvz

The Sportsman have two sets of four tickets to giveaway courtesy of ACB. Stay tuned to our Twitter and Facebook for the competition.

More
mma
Sanitised Violence: When Cage Warriors Went Behind Closed Doors
Just before UK lockdown began, top European MMA promotion Cage Warriors took place in a hauntingly deserted [ ... ]
mma
''Best Shape I've Ever Seen Him'' - Conor McGregor Bringing...
The wait is almost over as Conor McGregor makes the final preparations for his return to the Octagon [ ... ]
mma
From The Greatest To The Fiercest, UFC 245 Promises A Night...
Let’s take stock for a second. 2019 has delivered some blistering moments. Who can forget Jorge [ ... ]
mma
Hungry And Focused, It's The New Improved Conor McGregor
Conor McGregor’s striking coach, Owen Roddy, insists his fighter “has that hunger again” [ ... ]
mma
''Focused'' Conor McGregor Announces His Octagon Return In 2020
Conor McGregor has come out of MMA retirement and announced his return to UFC at the start of next year. [ ... ]
mma
From Flanker To Fighter: James Haskell Talks To TheSportsman...
Former England rugby star James Haskell announced last week that he'll be swapping his scrum cap [ ... ]
mma
His Three Most Notorious Moments Inside The Octagon As Conor...
The former UFC featherweight and lightweight champion Conor McGregor has announced his retirement [ ... ]
mma
Tenshin Nasukawa Unleashes Amazing Capoeira Kick To Bounce Back...
The defeat to Floyd Mayweather in a farcical exhibition big-money boxing match on the last New [ ... ]
mma
#Bellator216: Michael Page Outpoints Paul Daley In Disappointing...
Michael ‘Venom’ Page outpointed long standing rival Paul Daley at the Mohegan Sun Arena [ ... ]
mma
#Bellator216: MVP And Daley Set For All-British Brawl In Connecticut
The biggest domestic UK MMA fight of all time goes down this Saturday evening… in Connecticut, [ ... ]
mma
Aaron Chalmers Suffers Shock Defeat In Hometown Bellator Newcastle
Bellator kicked off their European Series in Newcastle with a bang, with an incredible twelve finishes [ ... ]
mma
Aaron Chalmers Aims To Please As Bellator Heads To Newcastle
Aaron Chalmers bids to move to a perfect 5-0 record as a mixed martial artist in his hometown, as he [ ... ]
mma
Conor McGregor 'Clone' - German MMA Fighter Emulates His Hero...
If you are going to model yourself on UFC Legend Conor McGregor then you better be able to deliver the [ ... ]
mma
Conor Mcgregor And Khabib Nurmagomedov Slapped With Hefty Bans...
Conor Mcgregor And Khabib Nurmagomedov have both been banned for their parts in the mass brawl that [ ... ]
mma
Tenshin Nasukawa Responds To Conor McGregor Calling Him Out
The Japanese martial artist Tenshin Nasukawa has seemingly not allowed his confidence to be knocked [ ... ]
mma
Celtic Gladiator 22: Brendan Loughnane And Kane Mousah Headline...
European mixed martial arts show Celtic Gladiator return to Manchester on Friday night for the second [ ... ]
mma
Horrendous Scenes As MMA Fighter Dislocates His Knee Whilst...
Not what you want to see on a Sunday morning but here we go anyway. As we know, MMA is probably the [ ... ]
mma
Yair Rodriguez Stuns Chan Sung Jung With Last Second Knockout...
Yair Rodriguez produced a sickening elbow to the face of Chan Sung Jung in the last second of their [ ... ]
mma
Conor McGregor Inspires Dallas Cowboys To Victory And Claims...
Conor McGregor bounced back from his defeat to Khabib Nurmagomedov by watching the Dallas Cowboys beat [ ... ]
mma
Conor McGregor's Top 5 Knockouts
The return of Conor McGregor to the octagon after an extended… sabbatical will redraw the collective [ ... ]
mma
Korean Taekwondo Team Dazzle Audience With Action Packed Display
It’s over ladies and gentleman. If you’re thinking about taking up Taekwondo, or looking [ ... ]
mma
Ultimate Fighter 27 Finale Is Perfect Prelude To UFC 226!
The Ultimate Fighter Season 27 draws to a close as the perfect warm-up act for the hotly anticipated [ ... ]
mma
Aaron Chalmers' First Bellator Bout Sees The Ex-Geordie Shore...
On Friday night, MMA fighter Aaron Chalmers sensationally won his bout with Ash Griffiths by technical [ ... ]
mma
UFC Atlantic City: Kevin Lee Misses Weight, Main Event Still...
The octagon returns to Atlantic City, New Jersey for the first time in nearly four years with the promotion [ ... ]
mma
Jacare Meets Brunson In Main Event At UFC Charlotte
The octagon returns to Charlotte, North Carolina after almost an eight-year hiatus with a twelve-bout [ ... ]
mma
Behind the Medals: Bianca Walkden's Year To Remember
A two-time world champion, an Olympic bronze medallist, a record-breaking Taekwondo practitioner and [ ... ]
mma
Chalmers, Scope And Edwards Win Big At BAMMA 33!
Aaron Chalmers continued his perfect start to his mixed martial arts career in Newcastle last night [ ... ]
mma
Geordie Shore Star Aaron Chalmers Scores Stunning Knockout Win...
Reality TV stars are often questioned on whether or not they have any discernible talent but it seems [ ... ]
mma
Aaron Chalmers looks to make it a perfect three in homecoming
The Metro Radio Arena in Newcastle plays host to a co-promoted night of mixed martial arts, with American [ ... ]
mma
Werdum Defeats Tybura In Marathon UFC Night In Sydney
After a somewhat underwhelming fight card went down in early hours of Sunday morning, with ten out of [ ... ]
This website uses cookies
Cookies help us and our partners provide statistics. By browsing this website, you consent to the use of cookies in accordance with our Privacy Policy and Cookies Policy.
Accept & Close