16/1 chance Adayar stormed to victory in Saturday’s Cazoo Derby at Epsom, with Adam Kirby riding the winner having lost a plum ride on John Leeper only a couple of days before.

The late switch, which saw Frankie Dettori get the ride on John Leeper, led to Charlie Appleby giving Kirby the chance to steer Adayar home to an incredible win ahead of 50/1 shot Mojo Star in second.

Kirby had the Godolphin horse running on the rail throughout, with huge favourite Bolshoi Ballet initially looking poised but then failing to kick on when Adayar turned the pace on in the final couple of furlongs to win by a clear five lengths.

“I went a bit weak on him the last half a furlong,” Kirby told ITV immediately after the race. “Obviously there’s ups and downs, that’s racing. When it comes to Charlie Appleby, he’s a top man… I can’t thank him enough, you know?” 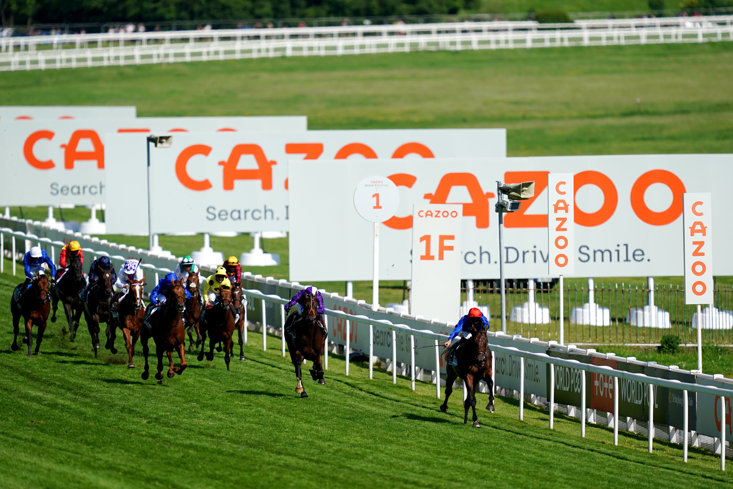 A bit of late money had seen Adayar, the son of legendary thoroughbred Frankel, move in from 40/1 to 16s, with Mojo Star, initially 150/1, setting off at a third of the price.

“From a team point of view, it’s fantastic,” trainer Appleby told ITV after the win. “Everyone works so hard at this game. We’ve seen all the trials and tribulations in the build-up to the Derby, but I’m delighted for Adam, it was a fantastic ride and it’s something every jockey wants to try to achieve. He was hungry for it and I’m delighted he’s got the result.”

After Dettori’s epic win on Snowfall in Friday’s Cazoo Oaks, much was expected of John Leeper’s chance, but Kirby’s fantastic ride on Adayar made for an incredible story after trainer Ed Dunlop had decided to plump for Frankie on the horse named after his late father John Leeper Dunlop, who died in 2018.

Appleby’s decision to give Kirby the chance on Adayar resulted in a second Derby win for the trainer following his 2018 success with Masar.