Adayar recorded a historic victory in the King George VI and Queen Elizabeth Qipco Stakes at Royal Ascot with an outstanding performance under Adam Kirby.

Trainer Charlie Appleby will have been delighted even though he was not present at Ascot as a result of Covid-19, as Adayar became the first horse since the great, late Galileo to win the Derby at Epsom and the King George VI and Queen Elizabeth Stakes in 20 years.

The contest between the Irish-bred thoroughbred and the favourite, superstar filly Love, sired by Galielo was highly-anticipated and it was dubbed to be the battle of the generations. Adayar shone on the day as Love had to settle for third place as Mishriff ran outstandingly to finish strongly in second, but not at the levels of the champion Adayar.

Love, trained by Aidan O’Brien had dominated her rivals last year when completing a Classic double in the 1000 Guineas and the Oaks last season. A victory in the Yorkshire Oaks was supposed to set her up for a tilt at the Prix de l’Arc de Triomphe.

The daughter of the late Galileo missed out on Paris but still looked as good as ever when making an outstanding return in the Prince of Wales Stakes at Ascot last month – but she could not compete with the blistering pace of Adayar in the race’s thrilling conclusion. 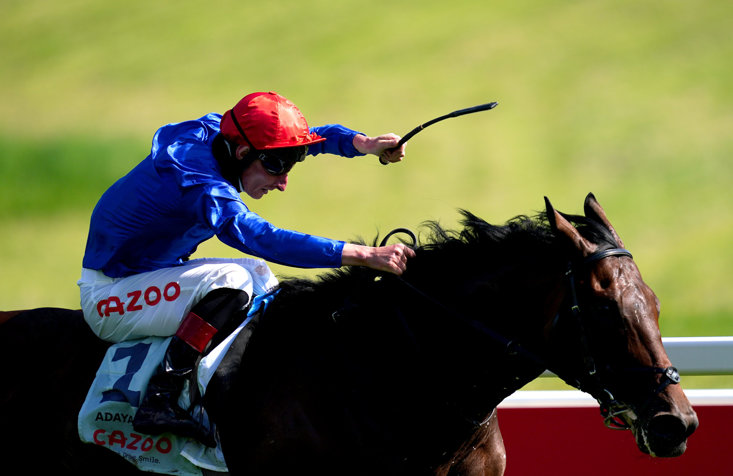 Broome had a slow start out the stalls but immediately made up the ground and managed to lead the pack early on. In the final stretch, jockey Will Buick rallied the thoroughbred to strike and make the push to win the race. Ryan Moore tried with Love but once Adayar hit his stride there was no chance of catching him.

Second-placed Mishriff was at the back of the pack heading into the final stretch but rider David Egan did brilliantly to get past Love and provide an entertaining finish as the thoroughbred looked to push Adayar all the way.

Buick was delighted to win the prestigious race and to work with a horse like Adayar, he said: “I’m very fortunate to ride these horses, he’s a great horse, a great Derby winner.

“He just gives you the feel of endless power. It is just a privilege to ride these horses because these horses do not come around very often.”

He was speechless at his accomplishment as he reached one of his lifetime goals, he said: “This is what I have dreamt of from when I was a young boy.”

The great Adayar makes this a historic day at Royal Ascot!