Style
News
Following the release of Morales' video-game debut on PS4 and PS5, adidas show the other Spider-Man some love
Simon Lillicrap
08:00, 19 Nov 2020

Spoiler alert, Spider-Man dies. For those of you who didn’t already know we can only apologise, but poor old Peter Parker snuffed it in 2011, when Marvel comics introduced the none-too subtle storyline ‘Death of Spider-Man’. In his place came Miles Morales, the first black Spider-Man, who’s gone on to be a massive hit in comics and, if reviews are to believed, gaming as well.

And now, to mark the release of Spider-Man: Miles Morales, already available on PlayStation 4, and releasing on the brand spanking new PlayStation 5 this week, adidas have collaborated with Marvel Games and Sony PlayStation to create a shoe that takes inspiration from the web-slinging Morales. He was created by the writers after Barack Obama’s inauguration in 2008. Back then, almost every superhero was white and the writers believed children from minority groups needed a role model of their own. Now he’s not only got his own game, he’s got his own shoe. 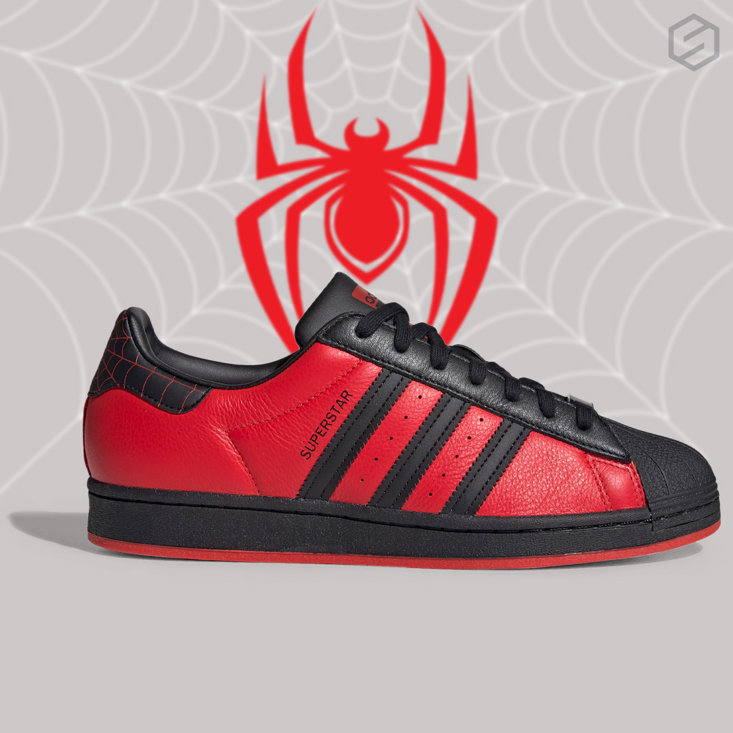 To get your spidey-senses tingling, this classic colourway pays homage to the brand with its red premium leather upper beautifully contrasted by black leather and tonal stitching. The iconic three stripes are also a crisp black but the devil is as always, in the detail. The adidas Superstar Originals tongue print comes as no surprise but the PlayStation lace locks and the co-branded printed insoles are works of art. The red rubber outsoles make this sneaker pop - even the Green Goblin would envy these beauties. 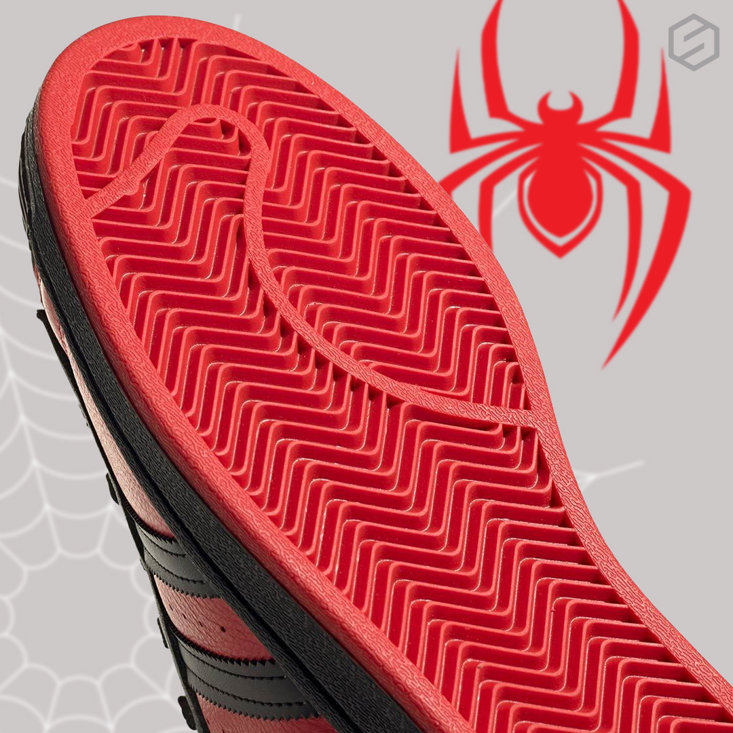 As is the case with many sneaker releases these days, they will be available in either hi-top or low-top, take your pick. The shoes are already available in-game, which you can equip on Morales as you play, but if you want the real deal, you’ll have to wait until December 4 for European release, or November 19 in North America. They are set to cost around £70. 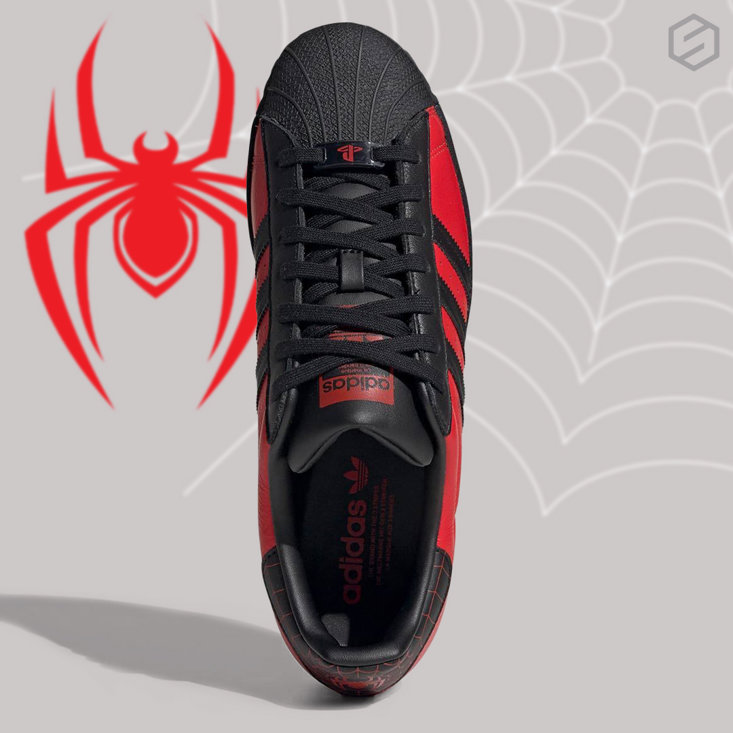 x
Suggested Searches:
Manchester United
Liverpool
Manchester City
Marcus Rashford
Premier League
More
style
Reebok Pays Tribute To Kung Fu Panda With New Kick Ass Collection
Skadoosh. As Oogway said in Kung Fu Panda, ‘Yesterday is a history, tomorrow is a mystery but [ ... ]
style
The Hand-Crafted, One-Off, ‘Porcelain’ Adidas That Could Sell...
adidas Originals have teamed up with world-renowned porcelain maker Meissen to give the ZX8000 a truly [ ... ]
style
Five Totally Unique Spirits That Are Perfect For Dad This Christmas
Christmas is coming and you’re thinking of what to get a man who already has everything. Your [ ... ]
style
Supreme x Timberland Bring Style And Substance To Their Fall/Winter...
It’s certainly been a busy month for the folks at Supreme. Not only has the company been acquired [ ... ]
style
The Perfect Coffee Table Book That Explores 100 Years Of Sneaker...
Al Capone rocking Adidas Gazelles, Charlie Chaplin in Nike Air Max or Albert Einstein repping Reebok [ ... ]
style
adidas Pay Homage To Bill & Ted's Wyld Stallyns With Excellent...
Back in the day, when we were busy being excellent to each other, the Torsion Artillery from adidas [ ... ]
style
Nike Unveil A Spooky Remaster Of The Air Force 1 Just In Time...
The ancient Celtic festival of Samhain is upon us, that’s Halloween to the uninitiated. Of course, [ ... ]
style
Liverpool And New Balance Release Limited Edition Blackout Jersey
Liverpool and New Balance have released a limited edition blackout shirt to celebrate 100 years since [ ... ]