Boxing
News
Broner returns to the ring after a two-years hiatus from boxing
Kieran Spratt
11:00, 03 Feb 2021

So far the ballad of Adrien Broner has been as close to a modern boxing cautionary tale as you could get. In fact, there aren’t many, if any, other fighters who’ve seemingly squandered a highly-promising career in the ring so easily as Broner has over the last decade.

On 20 February, ‘The Problem’ returns to the ring for the first time in more than two years, and more than four years since his last win, when he takes on Puerto Rico’s unbeaten Jovanie Santiago. A four-weight champion with a brilliant amateur pedigree and a treasure trove of talent, Broner’s downfall from a pound-for-pound star to a punchline has been a public one.

His antics inside and outside of the ring and numerous arrests have turned Broner into pugilism’s latest pariah. At one point this worked in his favour - playing the villain is often profitable work in the world of boxing - but then he started losing, his brash, outspoken attitude became little more than a façade and people began to lose interest,

2021 offers a hypothetical reset button for Broner. A win against Santiago, who despite his unbeaten status should give Broner a welcome antidote to his winless last four years, would open up a number of lucrative opportunities for the Cincinnati native, none more so than a showdown with his one-time mentor, Floyd Mayweather Jr. 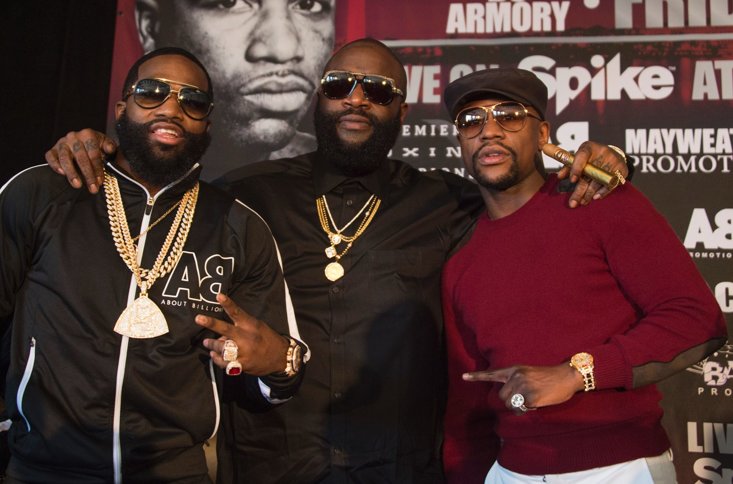 The master and apprentice have reportedly shared a heated relationship in the past, but it looks like the bad blood is behind them with Broner taking to social media to request an exhibition match with the 50-0 superstar. Mayweather is yet to respond, but Broner has predicted that he could make between $30m and $50m from the bout.

“Let’s make the money together and you can teach me at the same time. The least you can do is give me the opportunity of a lifetime,” he told Mayweather on Instagram.

Broner might not be the same fighter that he was when he sealed world honours in four divisions, but his name still carries some interest. Mayweather’s name, meanwhile, is as relevant as ever, and with him already fighting YouTuber Logan Paul this year, it’s not a stretch to suggest we’ll see some sort of exhibition between Broner and Mayweather in the near future.

It's the last chance saloon for Broner in boxing, but if he plays his cards right this year there’s still a chance for him to salvage a once-promising career.