Manchester City’s Riyad Mahrez has propelled Algeria into the final of the Africa Cup of Nations for the first time in almost three-decades where the Desert Foxes will face Senegal.

An absolutely pitch-perfect injury-time free-kick in Cairo which sailed beautifully through the wall and past Nigeria goalkeeper Daniel Akpeyi right at the death, definitively clipped Super Eagles’ wings, broke hearts and sent not only the nation of Algeria into wild euphoria but also many on the streets of Paris and London.

The last time Algeria won the African Cup of Nations was in 1990, a competition they hosted, and a culmination of a strong showing throughout the preceding decade when they reached the semi-finals of every tournament except 1986.

In 1990, Algeria were captained by former Porto player Mustapha Madjer, with the Final’s decisive goal scored by Chérif Oudjani, the son of Ahmed Oudjani who still remains Ligue 1 side Lens' all-time top goalscorer. The side also featured the first Algerian footballer to play in the Premier League, Moussa Saïb, who had a short spell at Spurs in the late 1990s.

Victory that year also allowed entry in the now-defunct Afro-Asian tie, which they won against Iran.

1990 was not only the year before current star man Mahrez was born but also a year before the beginning of the Civil War that would decimate the country for the next 12 years.

Since that last glory in the AFCON, Algeria’s best-placed finish came in 2010, when they reached the semi-finals. They then suffered a 4-0 defeat to eventual champions Egypt and ultimately came fourth behind Nigeria after a third-place play-off loss. This was the last time they had faced the Super Eagles before the most recent occasion.

The Sportsman
@TheSportsman
🚀 Riyad Mahrez scored a screamer in the 95th minute of the game as Algeria beat Nigeria 2-1
It's the first time Algeria have reached the Africa Cup of Nations final since 1990, the year of their only tournament win!
#AFCON2019 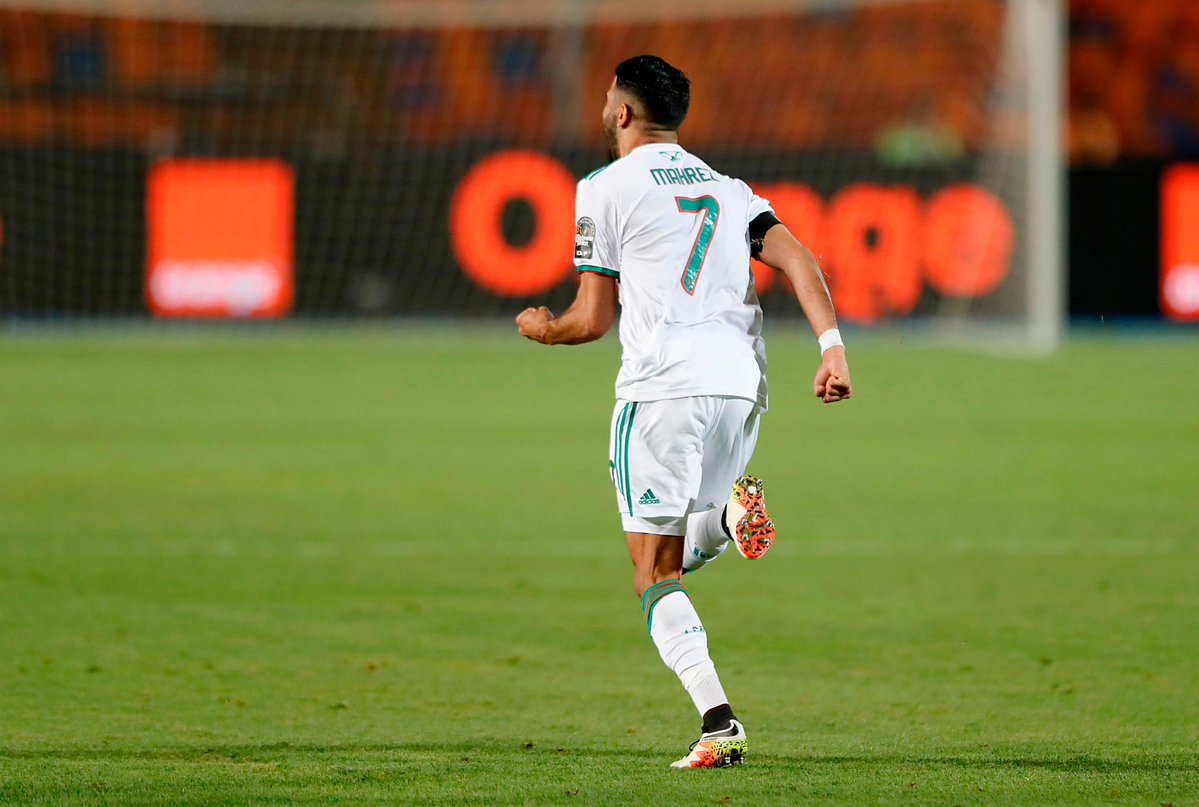 A former PFA Player of the Year at Leicester City, Mahrez had a difficult season on Eastlands after becoming the Cityzens’ then record-signing. The winger was granted just 14 league starts by manager Pep Guardiola, and was excluded for the majority of the Champions League knockout stages.

A Premier League, FA Cup, and League Cup in a first season with a new club isn’t a bad haul for the 28-year-old, a collection he will no doubt be determined to add to in making history for his nation with that AFCON title for Djamel Belmadi's side.

In the final on July 19, again at the Cairo International Stadium, Mahrez will be facing a familiar foe, currently on an equal par in the goalscoring stakes for the tournament. Senegal are represented by talisman and perpetual African Footballer of the Year bridesmaid Sadio Mané of Liverpool; the Reds finished narrowly second behind Man City in the 2018/19 Premier League.

The two sides have already met once before in this year’s competition, with Algeria winning 1-0 in the Group Stage. Senegal also have their own long, barren period devoid of success to end, having not lifted the AFCON trophy in 17 years.