It’s taken the best part of three years but fight fans will (touch wood) finally get to see Josh Kelly and David Avanesyan in the ring together when the pair go head-to-head in a European welterweight title fight at the SSE Arena in Wembley on Saturday night.

Twenty-six months is a long, long time to wait for a fight but, boy, is this one worth it. 2021 is shaping up pretty nicely in the world of boxing, and Kelly vs Avanesyan is a real, early-year treat for the prizefighting purists out there.The match-up was first scheduled back in December 2018, only for Kelly to withdraw on the day of the fight due to illness. The pair were then scheduled to meet in March of last year, before the coronavirus pandemic enforced another postponement.

Sunderland’s Kelly, who carries an undefeated 10-0-1 (6) professional record, enters the bout in London as the slight betting favourite (8/11 with Betfred) but will be wary of the threat that Avanesyan brings to the fight, making it far and away the Olympic bronze medallist’s toughest assessment in the paid ranks thus far.

Russia’s Avanesyan, six years Kelly’s senior and 5/4 for the victory with Betfred, has some serious pedigree over his opponent and, having made his professional debut almost a decade before ‘Pretty Boy’, could have the experience to turn this into a real dogfight. Avanesyan, who resides in Newark, Nottinghamshire, recorded his biggest win in 2016, earning a unanimous decision victory over boxing Hall of Famer ‘Sugar’ Shane Mosely, albeit his opponent well past the peak of his powers. 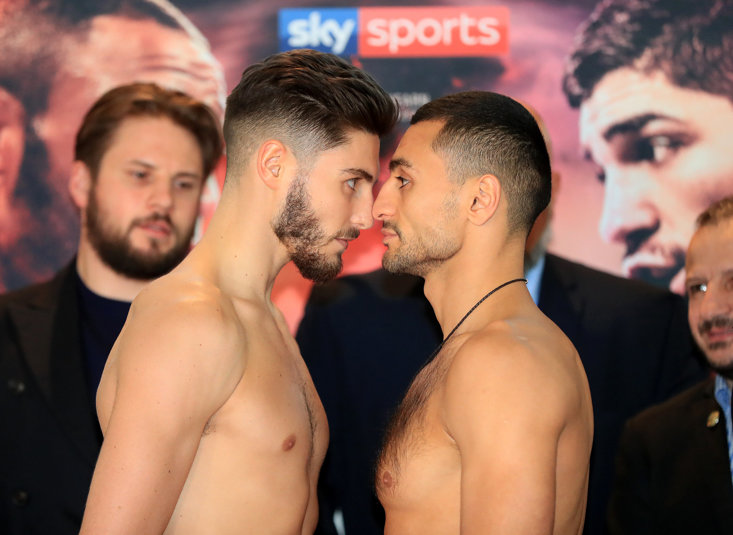 THE PAIR WERE FIRST DUE TO MEET IN DECEMBER 2018

This is a crucial fight for Kelly, who, despite being unbeaten, has drawn some criticism for not living up to his potential post-Rio 2016. But the 26-year-old is brimming with confidence ahead of his showdown this weekend, with a win likely to put him on a collision course with fellow Brit, Conor Benn.

Speaking to Betfred earlier this week, Kelly said, “I’m going to go in there and I’m going to be the best version of Josh Kelly. I don’t think David can take that over 12 rounds. I believe I can break him down and I will stop him.”

Kelly, who has won 54.55% via KO, is priced at 7/2 to win inside the distance, whilst Avanesyan, who has won his last three bouts by stoppage - the most recent inside the opening round - can be backed at 21/10 to do similar to Kelly this weekend.