Two semi-finals in 48 years. TWO. Out of 24 attempts. There had even been six failures to so much as reach tournaments.

That was the reality of what Gareth Southgate took over when he became England manager. He even did so reluctantly, stepping in at short notice after the absolute shambles that was Sam Allardyce’s mistreatment of the highest honour an English manager could receive.

And the less said about the Three Lions’ embarrassing exit at the hands of Iceland at Euro 2016 immediately prior to that episode, the better. Oh, and the 2014 World Cup group stage failure, the meek Euro 2012 defeat to Italy, the submission against Germany in 2010, the Wally with the Brolly… you get the picture.

All in all, Southgate would have been forgiven for crawling into a corner at the very thought of leading the national team. He could easily have washed his hands at the prospect of taking on the ‘Impossible Job’, as it was memorably labelled back in Graham Taylor’s days.

Yet in 2022 we have a bunch of deluded souls who believe that England would have won both a World Cup and a European Championship in the last four years were it not for Southgate. Not for them a gratitude, not even an acceptance, that the 51-year-old is the catalyst for the increased expectation around the England team these days, they would rather castigate him for the small details that have separated the nation from the ultimate glory.

He took us to the semi-finals of the 2018 World Cup, our first last-four involvement since 1990, then he made history at Euro 2020 by leading the country to a first final in 55 years. But one Nations League defeat to Hungary at the end of the latest in a long line of unforgiving seasons for English players has the wolves back at the door. The criticism is as pathetic as it is embarrassing. 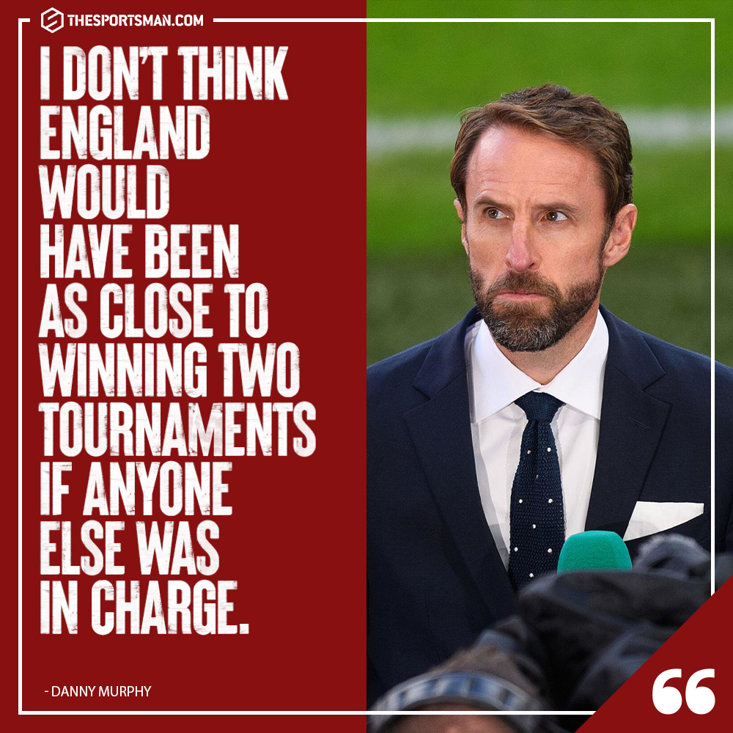 This is the best England have been since the 1960s, and yet people are queueing up to attack the man who has made it happen. It is not by accident that the national team is excelling under Southgate’s leadership. He has been exactly the right type of character to bring together a diverse group of characters and make them into a squad which can achieve things.

Not only that, but he has evolved the team effectively over the last six years without them missing a beat. From Wayne Rooney, Dele Alli, Joe Hart and Daniel Sturridge to Jude Bellingham, OIlie Watkins, Phil Foden and Declan Rice, Southgate has brought this England side to the top end of the international game all while handing chances to new caps.

He has not relied on an old guard, or stuck with flavours of the month for far too long. This is no ‘Golden Generation’ but a constantly changing squad which Southgate has expertly coaxed winning performances out of whatever the names on the backs of the shirts

Some claim he has failed to respond at key times in big matches, but that can be levelled at any manager who’s ever lost a game of football. There are those whose claims – laced with hindsight, it has to be said – that Jack Grealish should have taken a penalty instead of Bukayo Saka in the Euro 2020 final overlook the fact that the now-Manchester City star had never scored a penalty at senior level. While the same was also true of Saka, he had at least netted at England youth level from the spot.

As for the bandwagon being fired up again after the loss to Hungary on Saturday, come off it! Who will care a jot about England’s Nations League fortunes when they step out at the Khalifa International Stadium against Iran on November 21? There is only one aim this year, and that is to do something special at the World Cup.

The latest examples of opinionated numbskullery doing the rounds on the web are not worth the three seconds it takes to read. England have found their perfect partner in Gareth Southgate, and once he’s gone there’s every chance they’ll return to their underwhelming quarter-final-if-you’re-lucky levels of old. So be careful what you wish for.