Boxing
News
The welterweight dream fight should be next for Crawford and Spence Jr.
Joey Mills
12:05, 23 Nov 2021

People told Terence Crawford that his record needed a world class welterweight in their prime, so he went and got one. ‘Bud’ pounded the resistance out of Shawn Porter last weekend to retain his WBO belt, but the statements did not stop there. After the fight, Crawford said “You all know who I want. I've been calling him out. Maybe Spence Jr will fight me.” The gauntlet had been thrown down. The challenge laid out for one of the very best fights that can be made today. Terence Crawford vs Errol Spence Jr.

Spence is the reigning WBC and IBF welterweight king, and a unification of three of the four 147 pound straps is enticing. But the qualities this fight possesses stretch far beyond championships. The two fighters’ combined records stand at 65-0 and a veritable who’s who of welterweight and the surrounding divisions have failed to defeat the pair. Yuriorkis Gamboas, Amir Khan, Kell Brook, Jeff Horn, Viktor Postol, Paulie Malignaggi and now Shawn Porter have all fallen to Crawford’s educated fists. Spence has scalped Porter and Brook too, as well as Danny Garcia, Lamont Peterson, Chris Algieri and Mikey Garcia. These are two elite fighters, and they have carved a path that must now bring them face to face.

In a conventionally-structured sport, where the best are mandated to face the best, this blockbuster showdown would have already taken place. Were they tennis standouts or elite golfers, their paths would have doubtlessly already crossed. Even in the UFC, which is more centralised than any boxing body and more stringent in the fights it mandates, it is hard to imagine two dominant fighters at the same weight not meeting sooner. It is imperative that boxing takes its lead from other sports, and gets Crawford and Spence in the ring together. 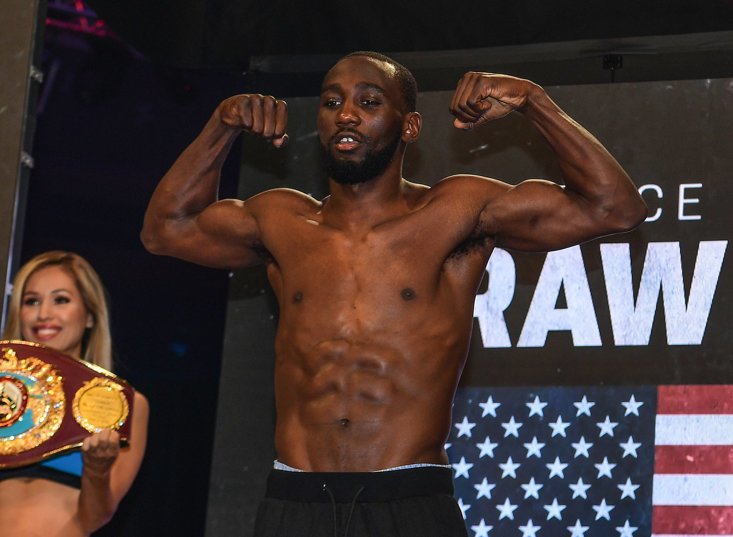 In the post-Floyd Mayweather years, attention has shifted away from welterweight towards the much-improved heavyweight division, as well as whichever weight Saul ‘Canelo’ Alvarez happens to be in at that moment. 147 pounds is historically one of the sport’s finest divisions. Floyd led a glory era through the previous decade that saw the likes of Miguel Cotto, Manny Pacquiao, Shane Mosley, Ricky Hatton and Marcos Maidana pass through in a dizzying series of big nights. But great divisions are established when the best fight the best. Crawford’s victory over Porter was a start, as was WBA champion Yordenis Ugas’ tremendous victory over Pacquiao in August. Now, the next logical step is the meeting of the two unbeaten American belt-holders.

Whether boxing will heed the call is another matter. Floyd Mayweather vs Manny Pacquiao happened six years after it was first mooted. Tyson Fury vs Anthony Joshua has had more false starts than Manchester United’s search for a new manager. Lennox Lewis vs Mike Tyson only met when the former was two fights from retirement and the latter was arguably several fights past it. The window on dream fights is short. Every time a boxer steps into the ring he risks his health, his reputation and his future earning potential. Should Crawford or Spence get into the ring with Ugas for example, a loss would severely dent the interest in them fighting each other. Less belts, less money, no “somebody’s 0 must go” promotional boon. It would still be a hell of a battle, but not nearly as glamorous as it would be if they meet next.

This fight makes sense, it’s as simple as that. A title unification fight between two unbeaten champions who are usually in exciting fights, to decide the legitimate number one in the division. Read that previous sentence back. Is that not exactly what boxing is all about? With the encroaching threat of millionaire frat boy boxers like the Paul brothers, as well as the continued primacy of UFC, boxing needs fights like Terence Crawford vs Shawn Porter. If it doesn’t happen, the sport will have no one else to blame for its slide into obsolescence.