Football
News
The club's focus, rightly, is on what this current squad can do in the remaining games of this season
Kris Voakes
10:56, 02 Feb 2021

In years past, a relative lack of activity in a January transfer window would have been of grave concern to Manchester United fans. But in truth, their quiet month on the market in 2021 has been exactly what they have needed.

On the league ladder, United are in their best position in years, and Ole Gunnar Solskjaer is starting to get a tune out of his better players more often than not. Sure, there are still the occasional setbacks such as the home defeat to Sheffield United last week, but on the whole this is a Manchester United boat that shouldn’t be rocked.

Amad Diallo is an outside shot to make his United first-team debut on Tuesday night when Southampton visit Old Trafford, with the former Atalanta attacker having already caught the eye with two goals at the weekend for the club’s under-23 side in a 6-3 win away to Liverpool.

His pace and ability to take on a defender are just the kind of weapons Solskjaer needed to add to his squad, but beyond that he already has potential answers to whatever query United fans might have. 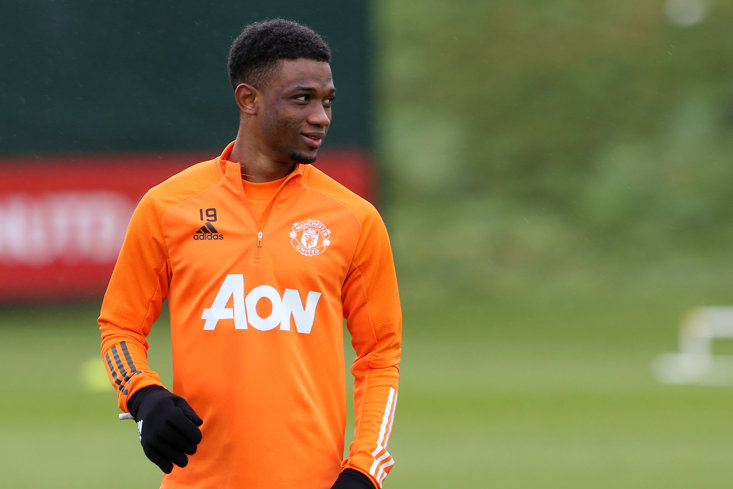 Defensively, United have struggled, but they have numerous options available to them. In midfield, Paul Pogba’s best form has been as elusive as ever, but he has started to show up at key moments. Up front Anthony Martial has misfired, but Solskjaer needs to show the wherewithal to mould his confidence back into shape.

They have started games badly, conceding first 15 times in all competitions this season, but that is more a matter of mentality than a striking need for additions. Even were they to fall behind against Southampton, you’d still probably make them favourites to pull off a win (Southampton half-time, Man Utd full-time is 18/1 with Betfred).

United’s issues right now are all things that can be solved in house. They have the tools, it is just about Solskjaer getting a tune out of them regularly. Sure, they will need more arrivals in the summer, but for 2020-21 there is no need to panic.

They have fallen off the pace of Manchester City at the top of the Premier League, but they were never expected to sustain it. Next season is where the bigger battles lie, and when significant market moves should be considered more important. The last thing United fans needed right now was another misjudged January addition like the one which saddled their club with Alexis Sanchez’s £390,000 basic weekly wage, or those summer speculators which landed Radamel Falcao and Angel di Maria on big salaries for little return.

Of course they have made great winter window signings down the years, from Nemanja Vidic and Patrice Evra to the most recent example of Bruno Fernandes, but those were all calculated moves. And so is the one to hold onto their cards for now.

United are as well placed to have a say at the top end of the Premier League as they have been since 2012-13, so now was never the time to do anything silly. The focus, rightly, is on what this current squad can do in the remaining 17 games of this season, and that starts with Southampton on Tuesday.