Alan Ball was rejected by Bolton and Wolverhampton Wanderers as a youngster for being too small, but would eventually go on to become a pivotal part of Alf Ramsay’s side that lifted the Jules Rimet Trophy at Wembley in the summer of 1966 as well being one of the most sought-after midfielders in the game.

Tiny of frame yet huge in heart, his Three Lions teammates unanimously agreed he was the man of the match in England’s famous 4-2 defeat of West Germany in the World Cup final despite Geoff Hurst's hat-trick, but the red-haired dynamo, who was as cheeky in nature as he was squeaky of voice, never complained.

Born in Farnworth, on the outskirts of Bolton, the son of a journeyman footballer, Ball grew up in dressing rooms with the smell of liniment and dubbing filling his nostrils from an early age and would be rewarded by his father for doing his homework with an hour’s kick about in the evening.

"First of all he taught me how lucky I was, then he never let me forget how lucky I was," Ball would say of his dad and greatest influence who plied his trade at Rochdale, Oldham and Southport and only ever wanted the best for his son – who, in return, promised that he would play for England before he was 20.

Leaving school with no qualifications, Ball signed for Blackpool after being shunned by Bolton and Wolves, making a winning debut against Liverpool at Anfield as a 17-year-old in 1962, his first of just five appearances in that season at Bloomfield Road. 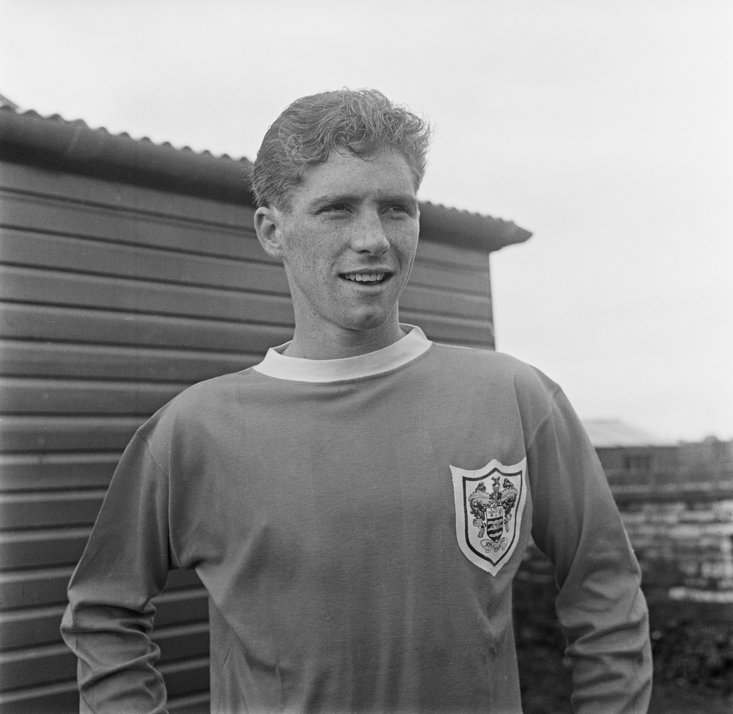 He quickly set-about establishing himself as a mainstay in the first team, however, and during the 1963/64 campaign netted 13 goals in 31 games; ultimately earning a place in England's Under-23 team, before Alf Ramsey gave him his first full cap in Belgrade against Yugoslavia in 1965 - three days before his 20th birthday.

Just 12-months later and Ball would become the youngest member of England’s squad for the 1966 World Cup and, having featured in the opening game against Uruguay, would sit out the fixtures against Mexico and France, before returning for the quarter-final against Argentina, keeping his place for the remainder of the tournament.

What Ball lacked in stature he made up for in character – ambitious, aggressive and determined, he was able to impose himself on the game and when  England boss Alf Ramsey wanted to exploit West German left-back Karl-Heinz Schnellinger’s lack of pace – he was the man for the job.

He even masterminded England’s second goal that afternoon, scored by Martin Peters, and it was from a Ball cross in extra-time that Geoff Hurst’s shot thundered against the underside of the crossbar and bounced down on the goal line before linesman Tofiq Bahramov signalled for a goal.

Not surprisingly, his exploits for his country that summer would be rewarded by a big-money move as Ball left the seaside behind to join Everton for a then British record fee of £110,000, marking his debut at Craven Cottage against Fulham with the only goal in a 1-0 win, but it was seven days later that his love affair with the Evertonians really began in earnest.

The first Merseyside derby of the season came just three games into the 1966/67 campaign at Goodison Park with Ball scoring two goals in a 3-1 victory over Liverpool as the feisty Lancastrian revelled in the electric atmosphere and showed the sense of theatre that he would become known for throughout his career.

Alongside Howard Kendall and Colin Harvey, Ball was part of the most dynamic midfield trio in the country at the time and an opening sequence of just one defeat in 18 fixtures provided the platform for a league championship success in 1970 as the Toffees stormed to the title with second-placed Leeds United a distant nine-points behind.

After six years and over 250 appearances for the Blues, Ball once again broke the British transfer record when he joined Arsenal for £220,000 in December 1971 where, over a five-year period, he became an ever-present at Highbury during a significant period of upheaval.

He captained the side from 1974, but moved on to Southampton in 1976 and following a brief spell in the North American Soccer League, returned to England, ending his career as player-manager at Blackpool and another stint at Southampton, before finally retiring at Bristol Rovers in 1983.

His first permanent managerial role saw him take Portsmouth to the top-flight in 1987 while he enjoyed a successful period at Southampton some years later too – though the same could not be said for every club he managed.

He struggled at Stoke City and suffered the humiliation of a final day relegation from the Premier League with Manchester City in 1996, while he endured major financial difficulties on his return to Portsmouth in 1998 – which would be his final job in management.

In 2000, he and four other members of England’s 1966 World Cup-winning team were awarded the MBE for their services to football, an award which many felt was long overdue, while in 2003 he was inducted into the English Football Hall of Fame.

Passing away at the age of just 61 following a heart attack at home on April 25th, 2007, Alan Ball remains fondly remembered to this day, not just by fans of the clubs he represented, but by the wider football community as a whole.

The infectious enthusiasm, the skill, the endless energy, the ability to make a goal as well as score one, the flame-red hair, the high-pitched voice and, of course, those white boots - all making him one of the most respected, recognisable and revered players of his generation.