Football
News
Aleksandar Mitrovic has scored 69 goals in his last two full seasons in the second tier
Conor Keane
14:00, 03 May 2022

Fulham’s Aleksandar Mitrovic has had the season of his life. The Serbia international helped seal the Championship title in style, scoring twice in his side’s 7-0 thumping of Luton Town inside an electric Craven Cottage. His second, which came deep in stoppage time was his 43rd league goal of the season and the Serbian overtook Guy Whittingham for the number of goals in a single season in the second tier.

Following Mitrovic’s remarkable year in front of goal. We decided to build the best Championship XI of all time, with him as the focal point of the side. The selections we have made are based on how a player has contributed to his side whether they were promoted or not. Considering the sheer volume of talented individuals to have plyed their trade since the second division was rebranded into the Championship, this team was hard to narrow down to just 11 players.

When you think of a reliable shot-stopper from the Championship over the years it is hard to picture anyone other than Ruddy. He achieved three promotions to the Premier League, twice with Norwich City (2010-11, 2014-15) and Wolverhampton Wanderers (2017-18). He also made it into the team of the season in 2017-18, part of the glamorous Wolves squad that won the league with the likes of Ruben Neves and Diogo Jota in their ranks. He saved six penalties in his Championship career, most notably twice in one game against Cardiff City in his team of the season campaign with Wolves.

Alexander was a dependable defender who also developed into a set-piece specialist, mainly from the penalty spot. He was with Preston North End when the second tier was rebranded into the Championship and during its inaugural season he scored eight league goals and was also named in the PFA Championship Team of the Year. He eventually became club captain at Deepdale before moving to rivals Burnley where he continued to shine. In his first year at Turf Moor he achieved promotion to the Premier League via the play-offs. Alexander was named as the Clarets’ captain when they returned to the Championship in 2010-11. 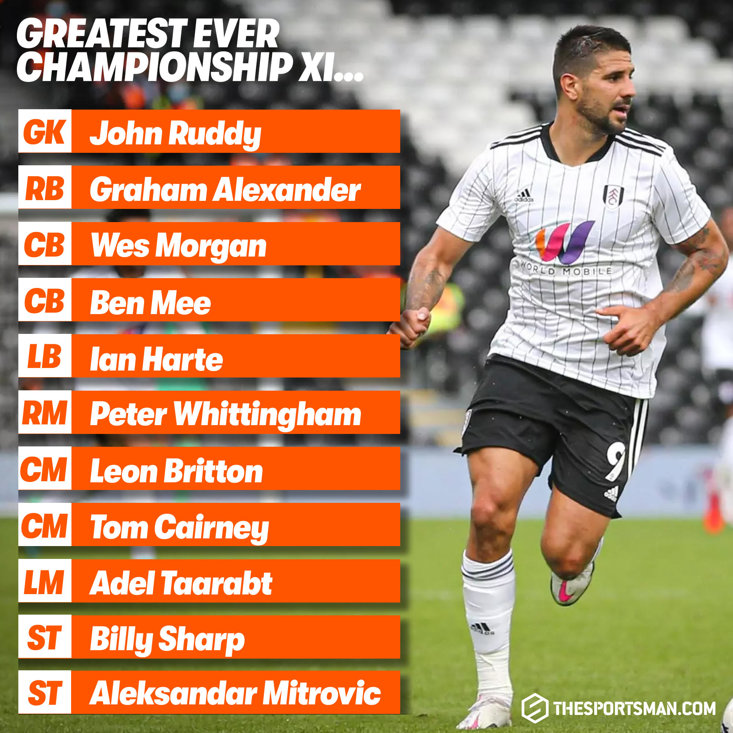 Remembered for captaining Leicester City to the Premier League title in 2015-16 but he was moulded in the Championship. Morgan was, to put it simply, a brick wall. He started his career with Nottingham Forest, going on to make 312 appearances between 2002 and 2012, achieving his first Team of the Season listing in 2010-11. When he moved across the East Midlands, Morgan became a key figure in the Foxes’ backline which earned promotion to the Premier League in 2013-14, being named in the Team of the season that year and the year before.

Burnley’s captain played a starring role in the peak years under Sean Dyche in the second tier, helping the Clarets achieve promotion in 2013-14, before storming to the league title in 2015-16. The former Leicester defender was always dependable in tight situations and part of one of the most organised defences the Championship has ever seen.

Harte represented both Reading and Bournemouth but the peak of his career came when playing for the Royals. He was a set-piece specialist and enjoyed two promotions to the top-flight, with Reading in 2011-12 and then with Bournemouth in 2014-15. He was named in the team of the season in successive years in 2010-11 and 2011-12.

The late left-footed magician is one of the standout names you think of when thinking about the Championship. He was a Cardiff City legend but his first taste of Championship football came with Derby County. He was wonderfully versatile, being able to shine on both flanks and in the centre of midfield. He had a wand of a left foot which goalkeepers feared, knowing just how much power and accuracy Whittingham could get behind his efforts. He loved to score free-kicks and goals from range. He scored 81 goals and assisted 78 during his Championship career. Whittingham achieved one promotion with the Bluebirds in 2012-13 but was named in the Team of the Season for 2009-10, 2011-12 and 2012-13. He was a Championship legend.

talkSPORT
@talkSPORT
What a player Peter Whittingham was.
Gone far too soon. RIP. 🙏

Britton is a cult figure and club legend at Swansea City and his status was warranted. He was part of the Swans’ meteoric rise from the depths of the Football League all the way to the Premier League. He brought composure to the heart of the Swansea midfield, distributing excellent passes and putting in some committed challenges.

The Fulham captain has been exceptional in the second tier at Craven Cottage but he was also impressive for Blackburn Rovers. He achieved his first promotion with Hull City in 2012-13 but he was a bit-part player. He then had a decent spell in Lancashire before achieving Championship stardom in west London. He has helped the Cottagers achieve promotion in 2017-18, 2019-20 and now 2021-22. While his role has been reduced this term compared to previous years, Cairney’s experience and leadership has told whenever he has been on the pitch and he still knows how to make an impact at this level. He was named in the PFA Team of the Year in 2016-17 and 2017-18.

The Moroccan wizard was sensational on his day and he lit up the second tier with Queen’s Park Rangers. He is always mentioned on social media in the ‘streets won’t forget’ trend and that is accurate. You were always left excited when Taarabt had the ball at his feet. He helped Rangers achieve promotion in 2010-11, while he scooped up the Player of the Season award and headlined the Team of the Season. 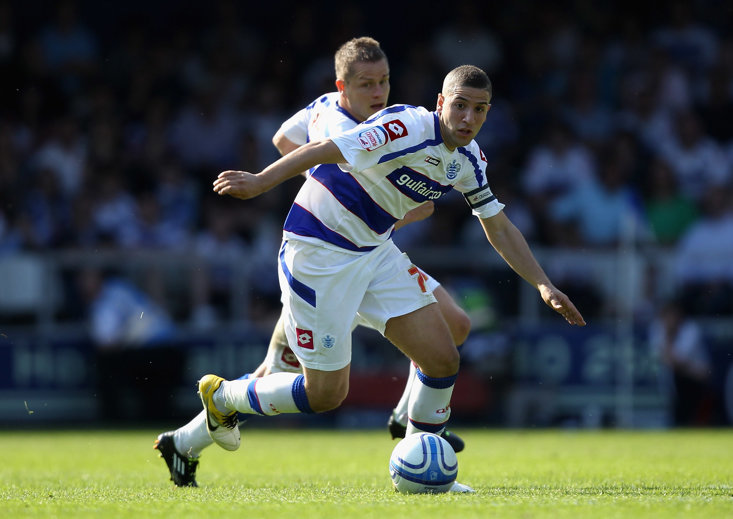 The Sheffield United man became the Championship’s all-time leading goalscorer this season, taking his total to 128 and overtaking fellow great David Nugent. Sharp has been a reliable source of goals throughout his career and he, like Whittingham, is synonymous with the second tier. He helped fire Southampton back to the Premier League in 2012-13, where they have remained ever since, before helping inspire his boyhood club, the Blades, to the promised land in 2018-19.

There is not much else to say about the splendid Serb, who has 85 goals in the division across four full seasons played at this level. In his last two seasons combined he has scored 81% of his total, which is just ridiculous. It’s as if that he is just too good for this league but it still remains an enigma how his goal-scoring exploits have not translated to the top-flight. Nonetheless, he is one of the best players to have ever graced the Championship.