All-Weather Finals Day at Lingfield on Good Friday has been a huge success since its inception in 2014 and this year’s event has once again attracted the top horses from this winter to the Surrey venue to claim the titles of leading performers in the various categories.

Here we discuss each of the seven races and try to point you in the direction of a few winners...

A small field of seven stayers line up for the opener. A name we usually associate with stayers on the level is Mark Johnston, who won the race last year and saddles Lucky Deal this time round. He has won twice this winter including beating Amtiyaz and Rock Eagle at Kempton but has work to do to turn around Chelmsford form with Ranch Hand and Rock Eagle, although the small field and muddling pace would not have helped him there.

Australis has never been out of the first two in eight AW starts, including second in the Northumberland Plate last June, but he has never run at Lingfield and I have reservations about the track suiting. Amtiyaz represents the all-conquering John and Thady Gosden stable who have had a great start to their dual license and has Hollie Doyle in the plate, so he will have his supporters.

RAINBOW DREAMER is six from ten on the AW and one of those defeats saw him finish two lengths behind Australis in that Northumberland Plate but he is now a whopping 21lb better off in this contest. There is no clear pace angle in this race but Rainbow Dreamer did make all in a small field at Kempton recently and that should stand him in good stead. Trainer Alan King had a couple of Royal Scot winners last summer and he can get on the scoresheet on All-Weather Finals Day courtesy of his star stayer on sand. 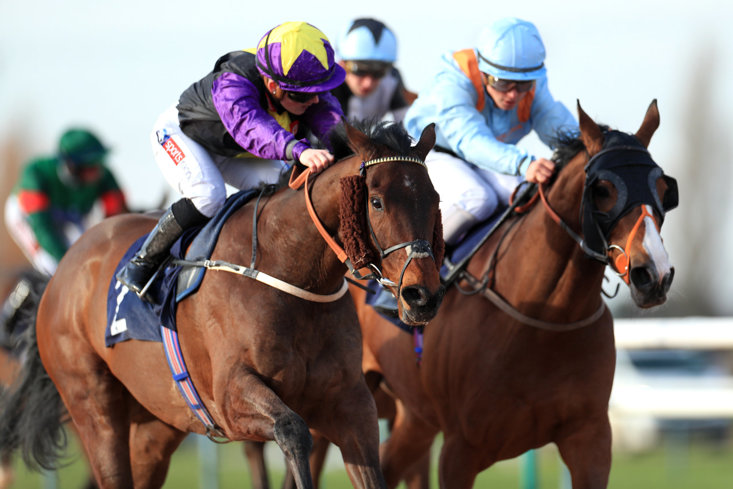 Only six go to post for the second of the afternoon and once again plenty of eyes will be drawn to the John and Thady Gosden runner, Indie Angel. She was very impressive when winning a listed race over a mile here in October, flashing home fast and late to score comfortably.

There should be pace on as Nirodha and Fizzy Feet like to go forward, although the latter is having her first try at seven furlongs and so may not blaze off in front.

The value may lie with SHIMMERING DAWN under James Doyle. She was a course and distance winner in a small field in December under Doyle and can be excused her latest effort at Wolverhampton in a race where few got involved from the rear. She may be worth siding with at the prices having proven her versatility and seven furlongs is very much her trip.

A competitive contest as a dozen of the seasons best sprinters head to post.

HARRY’S BAR was a 75,000 Guineas purchase in October to leave James Fanshawe and join Adrian McGuinness in Ireland. He is two from two at Lingfield and Hollie Doyle has been booked to ride. While the draw in stall 12 isn’t ideal, he will be dropped in and ridden to come late, so will need luck, but this will have been the target and his effort last time was clearly a warmup over a mile, which stretches him.

There will be plenty of pace on here with Lord Riddiford in stall three and Aberama Gold from stall one likely to go forward.

That will also suit other hold up horses like Summerghand, who was fourth at Doncaster on Saturday in listed company, and Exalted Angel, who ran down Fizzy Feet over track and trip in February and is a danger to all.

Venturous has had a successful season but, like Tone The Barrone, arguably his best form is over the minimum trip and it will be his first taste of the track.

Ten runners from the classic generation will lock horns for the three-year old’s championship.

Archie Watson and Hollie Doyle have an incredible strike-rate on the All-Weather, and that has been helped by Mighty Ghurka, who is three from four synthetics and was chinned a nose in his only defeat by Victory Heights at Wolverhampton in December. He even went to the Breeders Cup last season, but his turf record bares no resemblance to his exploits on sand. Victory Heights has not been seen since that qualifying success which I do not regard as a positive.

Apollo One was given an enterprising ride by Martin Harley to win at Lingfield four weeks ago. I think it is hard to say he was the best horse in that race as Harley kicked from home a fair way out catching other riders cold and hung on by a short head.

These probably set the standard alongside the frustrating Zamaani, but there is no knowing how good DILIGENT HARRY could be. He only made his debut in January, an impressive one at Wolves after being well backed and then won a non-contest at Kempton at 1/7f. He had his first proper race here at Lingfield when flying home having looked green, just failing to get up by a short head. That was behind the progressive Rohan, who was winning his fourth race from last seven starts so was battle hardened. Diligent Harry will know more this time and can improve past the field.

The Feature race of the card has sadly only attracted six declarations and it does look a match between BANGKOK and Forest of Dean. 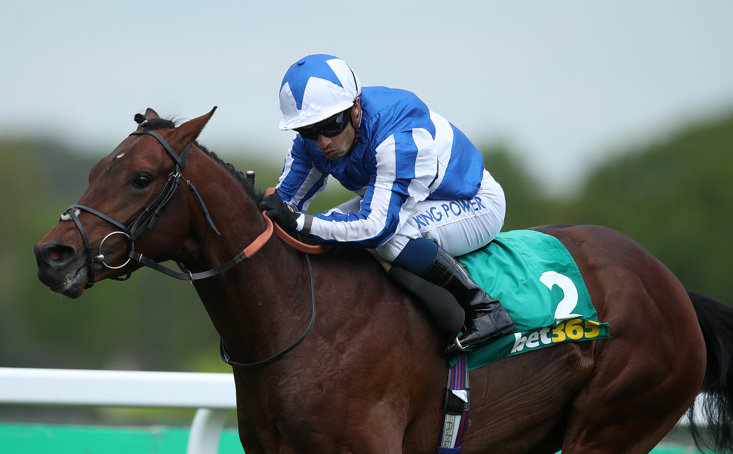 These two have locked horns twice already this campaign, with Bangkok coming out on top on both occasions and the form of those was boosted when another old adversary of theirs, Felix, ran an excellent third in the Sheema Classic at Meydan on Saturday.

Forest Of Dean beat Felix in the Winter Derby over track and trip while Bangkok was in search of Riyadh riches. That trip did not go to plan, but this one-time derby hope is a quality performer at this level and should take the world of beating back on home soil.

Assimilation and Byford have been progressive at a lower level and will need to step up again to challenge the principals.

The mile contest looks an absolute cracker with two French trained contenders, who are worth a second look considering their good record on Final’s day.

The likely market leader though is the Roger Varian trained Khuzaam whose all-weather form figures read 2112221. He is a lightly raced dirt bred five-year-old who may still be improving and can see why the market has made him favourite.

Mums Tipple was an impressive winner of the Lady Wulfruna at Wolves three weeks ago. He went onto win by an easy two and a quarter lengths but that was over an extended seven furlongs and he has yet to convince over a mile. He has leading claims if seeing out the extra furlong.

Intuitive looked a horse to follow when romping home over course and distance in January but was beaten in a small field subsequently off a higher mark. He still has each way claims.

I am siding with a French raider in SILVER QUARTZ for Francis-Henri Graffard and Hollie Doyle. He started is career on these shores with Ugo Palmer and landed a decent Ascot handicap on his final start for him. His switch to Archie Watson did not work out but a switch to France has paid dividends with him winning four of his six All-Weather starts. The French took home three of the contests in 2018 and landed a prize two years ago so their raiders are always worth looking at and in Silver Quartz they have a major player in the mile division.

The jockeys of the future are the stars for the concluding contest on Good Friday in the apprentice race over seven furlongs.

Lord Of the Lodge, Harrison Point and Amber Island can all go forward and make this a decent test and set it up for a closer. That brings most of the others into play who like to finish fast, none more so than Total Commitment and Count Otto. This pair have clashed four times already in 2021 with Count Otto leading the way 3-1 and both look likely to play a part in the finish, as could Gabriel The Devil whose form also ties in closely with these two.

The eye-catching jockey booking of Benoit De La Sayette on AYR HARBOUR though has tempted me in. John Gosden has stated he will be minding the young 7lb claimer after his nerveless and confident ride in the Lincoln on Saturday, so it looks significant that he has allowed the 18-year-old to ride for Mick Appleby. Ayr Harbour has winning form at the track over this seven-furlong trip and has won three of his last four races. The defeat in between came at the hands of Easter Classic bound Assimilation so that looks good form and he can overcome the widest stall of all under the man of the moment.