Football
News
James Maddison and Kai Havertz have been repeatedly linked with a move to Old Trafford
Graham Ruthven
12:01, 28 Dec 2019

Sir Alex Ferguson saw a glaring deficiency in his Manchester United team. Between Anderson, Michael Carrick, Tom Cleverley, Darren Fletcher and Paul Scholes, there was a desperate need for a new attacking midfielder at Old Trafford and Luka Modric was reported to be a target. The Croatian, however, spurned United’s interest, opted to join Real Madrid instead.

The following summer, with Ferguson gone, David Moyes saw the same deficiency and went after Cesc Fabregas only for Man Utd to once again fail in their efforts to sign a top tier attacking midfielder. Six years later and the Old Trafford outfit still haven’t found such a player and their need now is more desperate than it has ever been before.

Ole Gunnar Solskjaer celebrated one-year in the Man Utd manager’s position earlier in the month and it has so far been difficult to decipher the Norwegian’s tenure. There have been many highs, most notably in wins over Chelsea, Manchester City, Tottenham Hotspur and of course Paris Saint-Germain, but there have also been just as many lows.

There has been a thread to link those lows, though. While United have thrived in games where they have been allowed to play on the counter-attack - see their win over City at the Etihad Stadium just a few weeks ago - they have won just one of the six Premier League games in which they have claimed at least 50% of the possession. Against teams that sit deep and plug the gaps, Solskjaer is lacking a player to unpick the lock.

ManUnitedZone
@ManUnitedZone_
As well as a striker, Solskjaer has prioritised two midfielders – including an attacking right-sided option. James Maddison is a leading target at No10. #muzone #mufc [Standard] 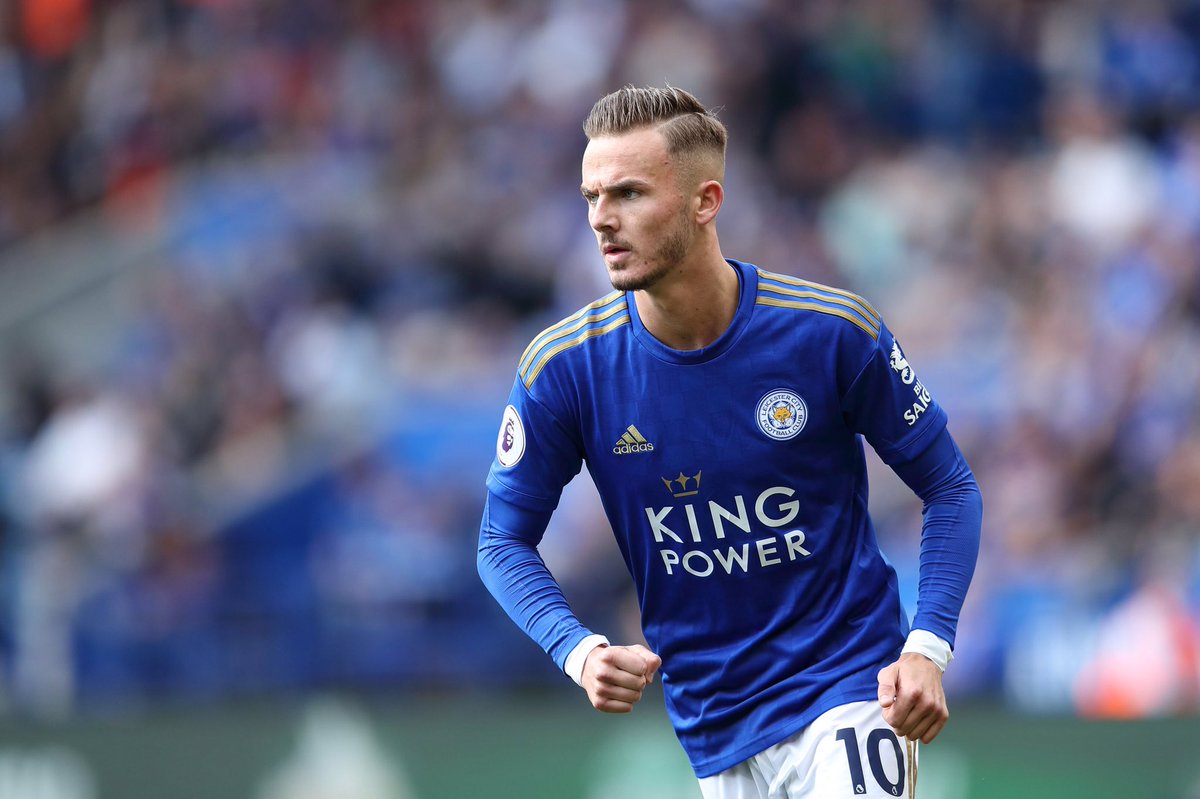 James Maddison has been repeatedly linked with a move to Old Trafford. Indeed, the 23-year-old is exactly the sort of player Man Utd need, but prising him from the grips of Leicester City just six months after Harry Maguire moved north from the King Power Stadium will be difficult, and certainly costly.

Kai Havertz is another who is believed to be on United’s radar, but once again a hefty fee will be required to get the playmaker to Old Trafford, certainly with Bayern Munich also reportedly interested. But this is the hole that Man Utd have spent the last seven years or so digging for themselves. It will take a lot of money, and an exceptional player, to get them out of it.

Of course, United need much more than an attacking midfielder, a creator-in-chief, to take them back to the top of the English and European game. They also need a left-back, a right-winger, a striker and at least one anchoring midfielder. But all this can wait until Man Utd finally get their Fabregas or Modric. Better late than never.