The idea of grown men being fixated with football stickers is not a new thing.

In fact at this very moment in the offices at this very publication there are men who are besotted with the current offering from Panini ahead of the World Cup.

I may add I am not one of them, although that is merely from a cost perspective rather than some delusion of being cool. In truth I envy them.

However, I do like football stickers. Just not the ones they do.

I will apologise now to anybody who after reading this cannot walk through a city centre without looking at every lamppost and signpost from here on in.

That is what has happened to me. Because all around us, no matter where you are – football stickers reign.

On tram windows, on toilet cisterns in pubs, on the back end of buses, clubs from all over the world, from leagues I’ve never heard of are represented in these small but passionate outbursts of partisan bravado.

It does not go unnoticed. Many people find them completely intriguing.

And in a climate where social media is king, it is even easier to share the love.

‘The first one I noticed was a Djurgårdens one in the Kings Arms last summer and a few days later I spotted a cracking AIK (Stockholm) one and after that I decided I would keep an eye out for them and post them online.

‘I have notice a lot from the Netherlands and Germany, especially lower league German clubs.’ 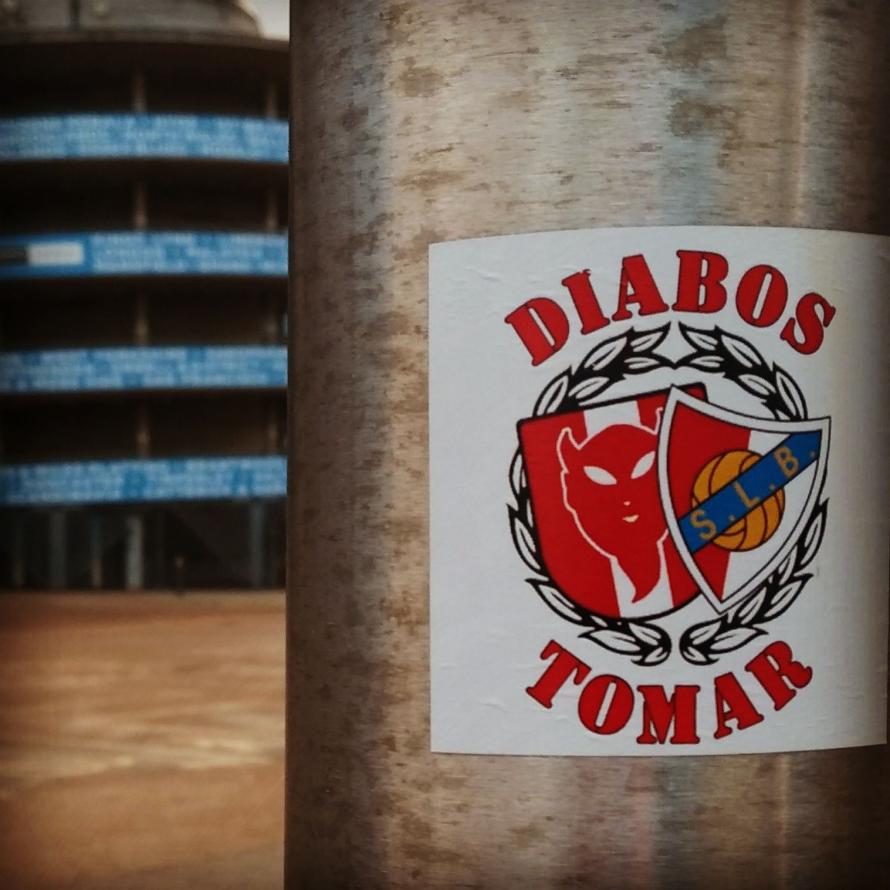 And one for from Portuguese giants Benfica

In Manchester alone there are thousands, many from clubs who will never have visited the city to watch their team play.

And be careful- it can become obsessive. No matter where I walk I am now tuned in to see them.

The bigger the city the more they are but do not think it is only confined to those places with clubs who regularly play European opposition.

Go to any town in the country or beyond and you will find your fair share.

And there is more to it than just spotting them. You cannot help but wonder who put them there and what was the occasion and when.

There is so much more behind just a sticker. It is documenting a moment in social history.