Football
News
In Chelsea's Christensen, Denmark have an ace in their pack who can completely change the flow of a game
Simon Lillicrap
11:05, 07 Jul 2021

Andreas Christensen, Champions League winner. When he came off the Chelsea bench after half an hour in Porto, many believed the floodgates would open for Manchester City. It wasn’t to be, instead he put in a flawless performance that saw him go home with a winners’ medal draped around his neck.

If he was good for Chelsea, he is even better for Denmark, and the English will be all too aware of the qualities he is going to bring to the table in their semi-final. A sensational ball player and an all-round great defender, it is easy to forget that he is only 25 - although this does feel like a breakthrough year for him.

In Christensen, Kasper Hjulmand has an ace up his sleeve. He is a central defender by trade, with the footballing ability to move into a holding midfield position and disrupt or nullify the opposition’s gameplan. The perfect example of this came against Wales as Denmark were being overrun in midfield for the opening 15 minutes.

Aaron Ramsey, Gareth Bale and Daniel James were bypassing Pierre-Emile Hojberg and Thomas Delaney with ease and running straight at a back three who prevented them scoring, but gave them too many opportunities to shoot. Bale came closest as Wales threatened to repeat their run of 2016, but Hjulmand analysed the situation, and moved quickly to make the appropriate adjustments.

The beauty of having Christensen in the Danish team is that no substitutions are necessary to completely revamp the team's shape. During that last 16 tie, he moved into midfield, occupied that space and completely nullified the Welsh attacks. Denmark went on to win 4-0, but it was this move that won them the game. 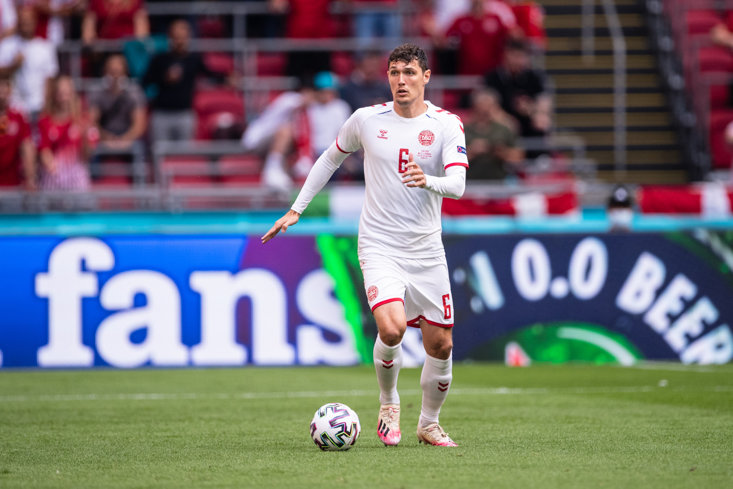 Of course, England must also be wary of this malleability in the semi-final. Against Germany, who destroyed Portugal with their flying wing-backs, Gareth Southgate switched the system to match Die Mannschaft and it worked a treat. However, Denmark are more fluid than the Germans and with the ability to push Christensen up into midfield and completely change the shape of their team in seconds, perhaps it isn’t so wise to try and match them up in the same way the Three Lions did in the last 16.

There are several players who can play in multiple positions comfortably of course, but often this results in the team being weaker overall. Not with Christensen. His ball playing ability means he seems more suited to a midfield role but faced criticism when deployed there in the World Cup loss to Croatia. Since then he has grown exponentially as a footballer.

Chelsea have a squad stacked full of superstars but it would not be a surprise to see him assert himself as a first team player next season, while he is crucial to Denmark’s flexibility, something which he has proved this tournament. Against Wales in particular, the team seemed to rally after the change of shape as the midfielder got hold of the ball and the front three were allowed to run riot.

England must be wary of any such changes that take place during the match. With five substitutes to come off the bench the Three Lions will be hoping squad depth can carry them through, but in Christensen, Denmark have an ace in their pack who can completely change the flow of a game - with just one tactical tweak.