Andrew Henderson is one of the most passionate and recognisable voices in British rugby league and his project this year is to propel Keighley into the Betfred Championship.

The Cougars face Doncaster in front of The Sportsman cameras this Sunday in a repeat of a dramatic Betfred League 1 playoff last season that saw Doncaster win a thriller with a converted try after the final hooter.

Henderson, until recently assistant coach at Super League Warrington Wolves and a regular face and voice on the sport’s broadcast coverage, is Keighley’s Head of Rugby and his task for 2022 is simple.

“The goal is promotion to the Championship, that is the remit the club has given me and the head coach Rhys Lovegrove,” Henderson tells The Sportsman.

“The club wants to be at the next level and credit the owners who are doing it sensibly rather than going boom or bust and throwing a load of money at it. That was why I came on board. But they do have that desire to get promoted and that appetite came off the great momentum we built at the end of last season.”

The Cougars almost made it up to The Championship last season but were stopped in their tracks by that stunning Doncaster comeback.

“Falling at the final hurdle I feel was a blessing in disguise,” adds Henderson.

“I didn’t feel the club was ready for the step up and nor was the team. A further 12 months gives us a better chance.”

The 42-year-old Henderson played at the top level with brothers Ian and Kevin, all three featuring for Scotland in the 2008 World Cup, with Andrew going on to captain the nation.

A Super League player with Castleford, he moved into head coaching with London, where back-to-back second-placed finishes laid the platform for their promotion to Super League the following season. Henderson had stepped up to Super League already by then, as assistant at Warrington with a succession plan for him to eventually move into the big job. That never happened as Daryl Powell succeeded Steve Price ahead of this season, bringing his own ideas and coaching staff.

“It was a tough end at Warrington,” Henderson admits after he and rugby league legend Lee Briers both lost their jobs. “But one thing I have learned is how relentless and high-pressured a job coaching is. You never switch off, it is non-stop. So while this role is challenging it is a different type of pressure. Sometimes it is nice just to have a little break from training to refresh and re-energise you before the next project.”

Henderson almost landed the top job replacing Powell at former club Castleford before the Tigers opted instead for the former Hull FC boss Lee Radford. There were discussions elsewhere in Super League and he rejected a head coach role in The Championship before agreeing on Keighley.

So as The Sportsman prepares to showcase the compelling chaos that League 1 serves up, how has Henderson found the challenges of part-time rugby league?

“When you are coaching at the top level, rugby league is the main job and focus for players so all their attention, and focus can go into that. When you deal with players at this level, rugby league is not necessarily their priority. They enjoy the sport and playing it, earning a little extra money for their holiday at the end of the year, but ultimately there are other things in their life that they value more than rugby league.

“So it has its challenges. You don’t get that continuity or consistency within the playing group. People miss training and sometimes games as work or life gets in the way, and you have to navigate that. It’s the same for any part-time club. We just try to recruit players who have aspirations that match the club, and that is to be at a higher level.

“Ultimately it is very difficult to get 25 players in a part-time environment to share that same aspiration. But we are not far off. “

And Henderson believes viewers to The Sportsman’s exclusive rugby league coverage will be gripped by what League 1 has to offer.

“League 1 has big names so you’ll see some fantastic talent and some great young talent, exciting young players who have slipped through the net at Super League level or not been recognised fully in the amateur game.

“Above all the competition is highly competitive and the teams at the top end can all beat each other. There will be a lot of closely-fought matches so it is definitely worth a watch this year on The Sportsman and Our League.” 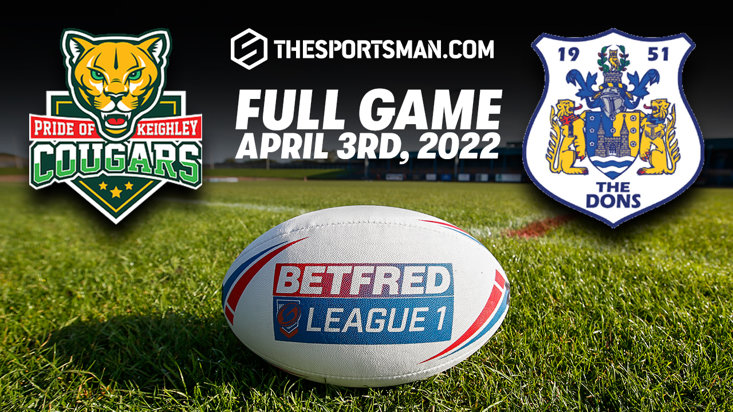