Tennis
News
The Scottish tennis star will be a welcome sight when he takes to the courts in Melbourne next month.
Conor Keane
18:05, 27 Dec 2021

With 2021 drawing to a close, not only are we about to enter a new year but it signals the imminent arrival of the Australian Open. And while the tournament is up in the air for reigning champion and world number one Novak Djokovic over his stance on vaccinations, fans will be overjoyed to see Andy Murray returning to Melbourne.

The 34-year-old will make his first return to the hard-court tournament since 2019 before he went away for hip surgery, believing he had played his last ever competitive match. He missed this year’s edition through a positive Covid-19 test and will be raring to go following his wild card selection to kick off 2022.

The three-time Grand Slam winner has an impressive record at the Australian Open, having been a runner-up on five occasions, but the past couple of years have been turbulent to say the least for the Scot who has constantly had to fight his way back from injuries and surgery.  The fact that he is still able to turn up and give spectators a show though, as seen back in September when he pushed Stefanos Tsitsipas to five sets in the first-round defeat at the US Open, is why Murray remains such a popular figure on the tennis circuit.

After each setback he continues to battle his way back to fitness to keep his astonishing career going. Even if it isn’t a peak Andy Murray playing, it is still the same hard-working individual who refuses to give up and that is why he is so appreciated.

Everyone knows that we have already seen him at the height of his powers, but that does not mean he is incapable of having one last day in the sun – he could have several at the Australian Open alone if he avoids an early exit.

Ahead of this next adventure Down Under, Murray received a confidence boost by beating fellow Brit Dan Evans in the Mubadala World Tennis Championship in Abu Dhabi earlier this month. Murray won the match 6-3, 6-2 and he looked sharp, with his movement looking particularly impressive.

Eurosport UK
@Eurosport_UK
🎶 𝗔𝗻𝗱𝘆, 𝗔𝗻𝗱𝘆, 𝗔𝗻𝗱𝘆... 🎶
The Scots in attendance at the Mubadala World Tennis Championship are loving Andy Murray's performance tonight.
He is currently a set and a double break up against Dan Evans 🔥
#MWTC 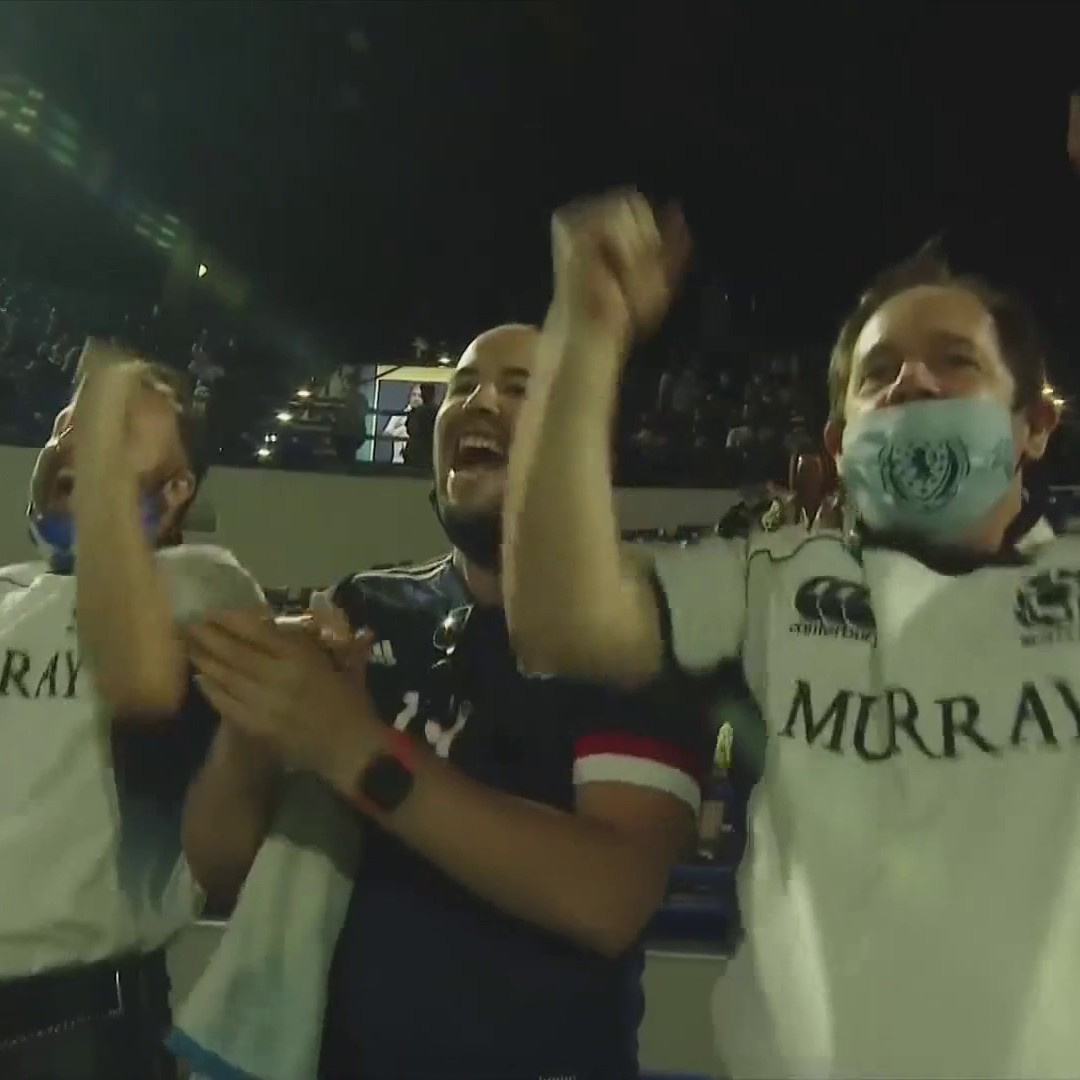 Murray himself can’t wait to play again in front of the crowd at Melbourne Park. He said: “I’m really excited to be back playing at the Australian Open.

“I’ve had some great times playing in Australia playing in front of the amazing crowds and I can’t wait to step back out on court at Melbourne Park.”

Craig Tiley, Tournament director of the Australian Open, added: “Andy is renowned for his fighting spirit, passion and love of the game and I’m delighted to welcome him back to Melbourne in January.”

Murray is 50/1 to win the Australian Open with Betfred*

x
Suggested Searches:
Manchester United
Liverpool
Manchester City
Marcus Rashford
Premier League
More
tennis
Top Seed Daniil Medvedev Is The Insanely Talented 'Bad Guy'...
There’s always something for Daniil Medvedev to pick at. This time, after reaching the Australian [ ... ]
tennis
44 Years On, History Beckons For Ashleigh Barty At Australian...
She was crowned French Open champion in 2019. In 2021, she tasted success on the famous green grass [ ... ]
tennis
Andy Murray's Everlasting Impact Goes Way Beyond The Tennis...
The headlines today following Andy Murray’s round two Australian Open exit were all too predictable. [ ... ]
tennis
Australian Open Day 4: British Nightmare As Raducanu And Murray...
Day four of the Australian Open saw the Brits back in action with mixed results. Andy Murray exited [ ... ]
tennis
Australian Open Day 3: Defending Champ Naomi Osaka And Rafa...
After the success of the Brits yesterday in Melbourne, today we saw some of the best players in the [ ... ]
tennis
British Tennis Stars Flourish Down Under As Raducanu And Murray...
One thing that is already guaranteed for Britain’s tennis stars is that they have done a better [ ... ]
tennis
Murray Has Shown A Willingness To Adapt And Evolve Ahead Of...
Three years ago in Melbourne, a disconsolate Andy Murray addressed the media and struggled to convey [ ... ]
tennis
Great Britain See ATP Cup Semi-Final Hopes Dashed After Canada...
Great Britain saw their hopes of reaching the ATP Cup semi-finals dashed by Canada on Thursday at the [ ... ]
tennis
Defending Champion Naomi Osaka Returns To The Australian Open...
Japanese tennis star Naomi Osaka just wants to have fun and who can blame the former world number one, [ ... ]
tennis
Why The Australian Open Might Be Better Off Without Federer,...
Aussie tennis star Nick Kyrgios has said that no ‘Big Three’ of Novak Djokovic, Roger Federer [ ... ]
tennis
A Perfect Blend Of Youth And Experience Make Up Our Tennis Stars...
The new tennis season is fast approaching, just a few short weeks after the previous campaign ended, [ ... ]
tennis
The Greatest Qualifier & The Greatest Ever? The Best Tennis...
The tennis landscape is beginning to change. Roger Federer and Serena Williams, legendary performers [ ... ]
tennis
Emma Raducanu Named BBC Sports Personality Of The Year For 2021
Emma Raducanu has been named the BBC Sports Personality of the Year after her incredible breakthrough [ ... ]
tennis
SPOTY 2021: Likely Winner Emma Raducanu Has Been The Success...
Barring a massive surprise, Britain’s teenage sensation Emma Raducanu will lift the BBC’s [ ... ]
tennis
Daniil Medvedev Leads Russian Tennis Federation to Davis Cup...
Daniil Medvedev brought an extraordinary personal and team year of success to an end by leading the [ ... ]
tennis
WTA Pull Women’s Tennis Tournaments From China Over Peng Shuai...
The governing body of women’s tennis sent the strongest possible message to Chinese authorities [ ... ]
tennis
Johanna Konta Retires Having Carried The Baton For British Tennis
Johnna Konta, the former British number one and Wimbledon semi-finalist, has called time on her tennis [ ... ]
tennis
Great Britain Lose In Agonising Fashion To Germany In Davis...
Great Britain saw their Davis Cup hopes dashed in Innsbruck on Tuesday night in agonising fashion as [ ... ]
tennis
Salisbury And Skupski Take GB Into Davis Cup Quarters After...
Great Britain clinched their place in the Davis Cup quarter-finals on Saturday afternoon with a hotly-contested [ ... ]
tennis
Cameron Norrie And Dan Evans Get GB Davis Cup Campaign Off To...
Great Britain got their Davis Cup campaign off to a winning start on Saturday by taking the opening [ ... ]
tennis
Zverev Wins ATP Finals Title To Cap Incredible 2021
Alex Zverev stormed to a second ATP Finals title in grand manner, beating world No2 and defending champion [ ... ]
tennis
Garbine Muguruza Becomes First Spaniard To Win WTA Finals
Garbine Muguruza is the first Spanish woman to win the WTA Finals end-of-season tournament after a straight [ ... ]
tennis
Norrie Ready For First Clash With Djokovic Despite Opening Defeat...
After receiving a late call-up as an alternate for his debut appearance at the glamorous ATP Finals, [ ... ]
tennis
WTA Finals SF Preview: Debutants Seize Their Moment In Mexico
The WTA Finals debutants have certainly grabbed their opportunity this year. From the semi-final line-up [ ... ]
tennis
Is It Time For Roger Federer To Consider His Retirement From...
Roger Federer is not only one of the greatest tennis players of all time, but one of the greatest athletes [ ... ]
tennis
ATP Finals Preview: Novak Djokovic Bidding To Match Roger Federer...
No London, no Roger Federer, and no Rafael Nadal – but the Nitto ATP Finals in its new home of [ ... ]
tennis
Raducanu’s Promising Partnership With Beltz Will Add Stability...
She promised that she would have a coach in place by the end of the year and now it is confirmed, with [ ... ]
tennis
Djokovic Eclipses Sampras, But Why Isn't He Loved Like Nadal...
Novak Djokovic just can’t stop breaking records as he looks to eclipse the fellow greats of this [ ... ]
tennis
Australian Open Up In The Air As Host Nation Remains Divided...
The Australian Open is just under three months away and there is still doubt over what is going to happen [ ... ]
tennis
Emma Raducanu Needs Patience And Breathing Space To Reach Full...
Despite having already won a Grand Slam title, rising tennis star Emma Raducanu has stressed that [ ... ]