The Betfred Women’s Super League awards nominees have been announced and both history-makers Lindsay Anfield and Lois Forsell are in contention for the first ever Coach of the Year award.

The pair, who manage York Knights and Leeds Rhinos respectively, will share a piece of history on Sunday as rival head coaches in the Betfred Women’s Super League Grand Final. This is the first occasion where both finalists have a woman at the helm.

They are joined by Warrington Wolves boss Lee Westwood in the running for the inaugural Betfred Women’s Super League Coach of the Year award. It will be one of two new awards that will be presented before the men’s Betfred Super League Grand Final at Old Trafford on Saturday 24 September. The other brand new award is the BWSL Young Player of the Year award, with Keara Bennett, Hollie Dodd and Fran Goldthorp in the running to be crowned.

Lindsay Anfield, who was recognised as a pioneer for women’s coaches when she received the first RFL President’s Award from Andy Burnham in 2019, has steered York City Knights to their first League Leaders’ Shield title, winning eight of their nine fixtures.

Lois Forsell, a former England international who was a member of the Bradford Bulls team which won the maiden Women’s Super League in 2017, replaced Adam Cuthbertson as head coach of the Rhinos in 2020. Following the loss of her debut season because of the pandemic they have now reached consecutive Grand Finals as well as the Betfred Women’s Challenge Cup Final at Elland Road earlier this year.

As for Westwood, his Wolves side have dominated BWSL2, winning all 12 of their matches, scoring 744 points and conceding only 30. They face Featherstone Rovers in the first match of Sunday’s double header at the Totally Wicked Stadium in St Helens, the BWSL Shield Final, with the winner gaining promotion to BWSL1 in 2023. 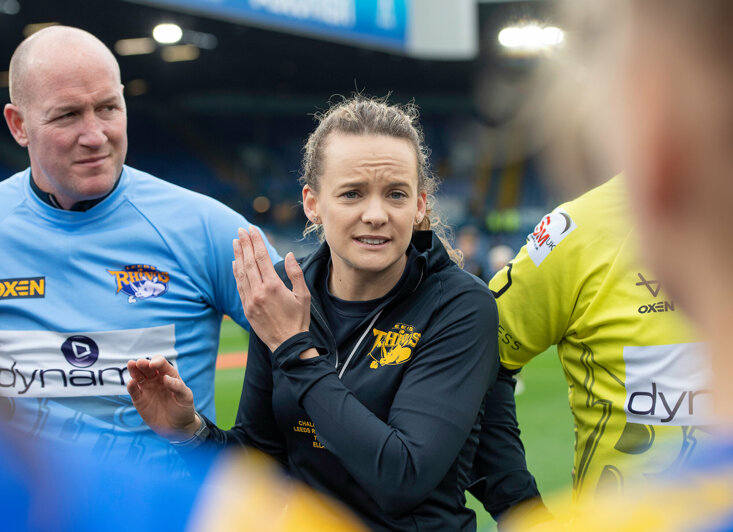 Each of the three contenders for the BWSL Young Player of the Year will be in action in the Grand Final – having met the criteria of being aged 19 or younger on January 1.

Hollie Dodd, 19, has been outstanding in the second-row for York throughout the campaign, and has already been included on the six-strong shortlist for the Woman of Steel award, having also excelled for England in their Mid-Season Internationals against Wales and France.

Keara Bennett, who turned 20 in April, has been a rising star for Leeds Rhinos since emerging from the Rugby Football League’s Diploma in Sporting Excellence Programme, establishing herself as a regular at hooker and earning her England debut against France in June.

And Fran Goldthorp, 19, has been a regular for Leeds and England for several seasons, starring with two tries in their Grand Final win against Castleford in 2019, and continuing to perform throughout the 2022 campaign, mainly from the full-back position.

The six nominees to be 2022 Woman of Steel were announced before the BWSL Semi Finals, following consideration by a panel of experts from the media and the England Performance Unit.

The winner will be announced Thursday 22 September , and will then be invited to Old Trafford as part of the BWSL Awards Celebration.

BWSL Coach of the Year Nominees