When the loyalty’s gone, the truth shall prevail.

With eight little words, Anthony Joshua’s none-too-subtle retort with ever-so-slightly menacing undertones has helped reignite his rivalry with fellow heavyweight champion Deontay Wilder after the latter’s former promoter slyly stirred the pot in disclosing the reason the two boxers have yet to come face to face inside the ring.

Lou DiBella this week placed the responsibility squarely on his ex-ward Wilder’s shoulders.

WBA, IBF, WBO, and IBO title holder Joshua subsequently shared an Instagram Story to comment on the reveal, suggesting that with DiBella no longer under obligation to his past partner-in-crime that the real reason the boxing world has not seen Wilder versus Joshua has finally come to light.

Wilder split with DiBella ahead of his fight with Luis Ortiz in November 2019, and it was during a recent interview with iFL TV that the Founder and CEO of DiBella Entertainment has elluciated on the reason of the parting.

DiBella has suggested that he was dismissed for attempting to orchestrate what would have been a blockbuster bout between Deontay Wilder and Anthony Joshua, something that DiBella proposes Wilder was, in fact, adverse to.

Brit Joshua and American Wilder have been circling for years, occupying the same stratosphere as Tyson Fury with whom Wilder fought out a memorable draw in December 2018.

Wilder, regarded as one of the hardest-hitting pugilists, has held the WBC heavyweight title for nearly five years, with DiBella promoting his title defences between 2015 and 2018. He had been part of Wilder’s camp after the boxer’s move from Golden Boy Promotions after his fight with Bermane Stiverne in January ‘15 to go under the wing of Al Haymon at PBC.

Following the fight with Tyson Fury fourteen months ago, DiBella then tried to set up a mouthwatering clash with AJ. 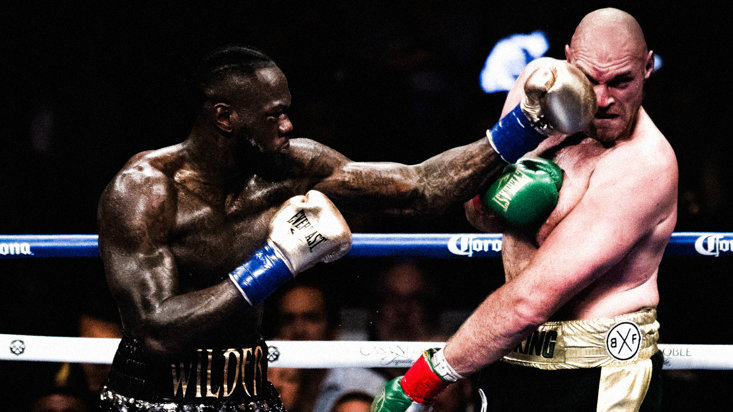 Joshua left TV network Showtime in 2018 as part of an eight-year, $1 billion deal between his promoter, Matchroom Sports, and streaming service DAZN, which wanted to host any speculative fight between Wilder and their man Joshua once proposed by DiBella. AJ and DAZN’s relationship has proved highly lucrative - his Part II with Ruiz Jr in December ‘19 became the most streamed sporting event of the year.

This deal, however, would have disharmonized Al Haymon and his relationship for a US broadcast with Showtime and FOX.

“My relationship professionally as a promoter for Deontay Wilder and working with his team ended when I set up the DAZN meeting, which is perverse,” DiBella explained to iFL TV.

“What did I do? I tried to talk to everyone in the marketplace and make a best effort to make the most money for a guy that I cared about.

“Isn’t that what I’m supposed to do?”

DAZN offered Wilder a three-fight deal worth a reported $100million which would have consisted of a mandatory defence against Dominic Breazeale, followed by a brace of fights against AJ. Though Wilder would eventually go on to fight Breazeale, knocking his compatriot out in the first round last May, DiBella claims Wilder ultimately reneged on the deal.

The revelation has ultimately cast aspersions on Wilder’s boxing integrity, with rumours flying around for years as to whom out of the two fighters has been ‘ducking’ out of facing the other. Joshua’s Instagram post seems to express the appreciation of the recent indication as to where the blame lies by DiBella.

Wilder is currently preparing for his rematch with Tyson Fury, scheduled for February 22 in Las Vegas. Anthony Joshua, meanwhile, is still basking in the warm afterglow of the successful recapture of his heavyweight titles from Andy Ruiz Jr. in the Duel on the Sands.

Wilder currently possesses a sparkling 42-0-1 record but questions will remain if that would have been as pristine as if he had faced Anthony Joshua in the ring.