It is quite hard to believe that Leicester City’s incredible Premier League title win is just a day away from its six-year anniversary. The season that will always be remembered for the greatest underdog story in history had so many shining moments, and for some of English football’s biggest teams, moments to forget.

2015-16 was wild. And while the Foxes were the deserving winners of the Premier League, there was indeed a title race. For much of that campaign, the Foxes main rivals for the domestic crown were Tottenham Hotspur under the charge of fan-favourite Mauricio Pochettino.

Everyone remembers how much of a force Spurs were at their peak under the Argentine’s leadership but this was the year for them to capitalise on their rivals’ shortcomings and yet they were still bested for another piece of silverware. Tottenham’s 14-year trophy drought has always been the main jibe that rival fans use to taunt Spurs supporters, but there is no denying that the team Pochettino built and developed should have at least won something at the height of their power.

This weekend sees Spurs welcome the Foxes in the Premier League as they look to get back on track in their quest to finish inside the top four and experience Champions League football next term. This game will provide flashbacks to 2015-16 for Spurs fans who will always think back to that missed opportunity and leave them hoping they’re not too far away from being in a strong position to compete for trophies again. Spurs dropped points in their most crucial games that year and in what was a two-horse race, they ultimately finished third behind rivals Arsenal. 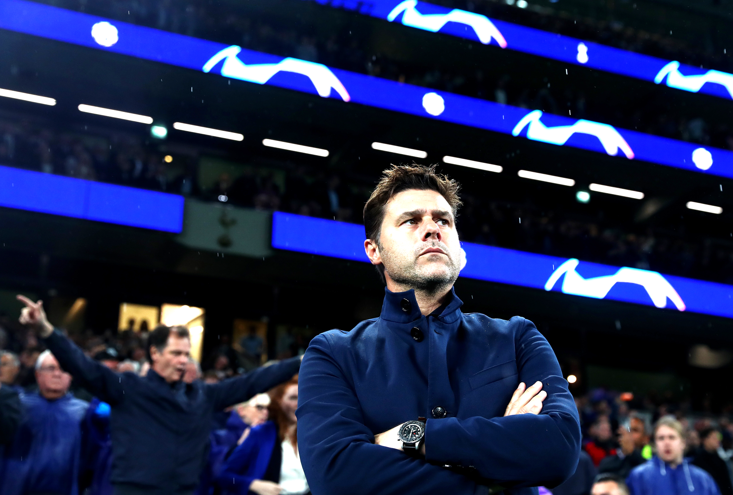 Eight players remain from Pochettino’s era, fronted by the dynamic duo of Harry Kane and Son Heung-min, and since Antonio Conte became the club’s manager earlier in the season, there have been glimpses of Spurs at their attacking best, echoing how fluent and effective they were during Poch’s reign, as getting to the Champions League final in 2019 proves.

This group of players has the potential to help end Spurs’ long wait for a trophy and under the guidance of Conte, there will be a lot of optimism surrounding what could be another exciting rebuild in north London. Although there have been plenty of murmurs this week of Conte replacing Pochettino at Paris Saint-Germain, with many believing that a return to Spurs could be on the cards for the Argentinian should this ever come to fruition.

There have been some shrewd additions to the Spurs ranks this year with defender Cristian Romero and winger Dejan Kulusevski being the best of the bunch. If Spurs can add another few players of their ilk to their ranks in the summer, they will likely evolve into a much stronger threat to the likes of Manchester City, Liverpool and Chelsea next year. Chairman Daniel Levy will need to open the purse strings if Spurs are to close the gap on the teams above them who are currently years of development ahead of them.

It will likely have to be a waiting game to begin with as Manchester City and Liverpool are comfortably the two best teams in the world right now. But Spurs can slowly go to work in the background and under the radar to build a team that is as competitive and that can emulate the one Pochettino built several years ago. Should he stay, Conte is certainly the right candidate to successfully accomplish this - even though getting Spurs to a Champions League final will be difficult to replicate.