Football
News
With four defeats in their last five in the Premier League, Conte seems to have lost confidence in his abilities
Conor Keane
12:15, 24 Feb 2022

Tottenham Hotspur’s day in the sun was short-lived. Following their incredible victory against league leaders Manchester City in the Premier League on Saturday, there was a growing feeling that Antonio Conte had reached a breakthrough with the squad. However, it wasn’t to be as on Wednesday night they were brought back down to reality as they were defeated 1-0 by Sean Dyche’s Burnley at Turf Moor and the Italian coach seemed like a broken man at the end of the game.

Defeat against the Clarets made it four losses in Spurs’ last five Premier League matches and it is understandable to see why Conte is feeling that his work is not good enough, but the truth is, he is working with a group that has already reached its peak and new blood is needed. It has already been said countless times that Conte is a great manager, but his success has derived from significant financial investment, allowing him to mould teams to his design. Daniel Levy and Spurs pulled a rabbit out of a hat to lure the former Premier League winner with Chelsea to north London. Everyone was aware that Conte would not have committed to a club like Spurs unless he had been given assurances that he would have a warchest to spend to revolutionise the Spurs squad.

The club sanctioned deals in January for Dusan Kulusevski and Rodrigo Bentancur, but it seemingly wasn’t enough for Conte. After the Burnley defeat, he seemed like a man on the edge. He said: “I need to talk to the club. Tottenham have to make an assessment about the club, about me. We need to find the best solution. I can’t accept to keep losing. I’m sorry.”

The 52-year-old’s words will have rocked the Tottenham supporters to the core as it sounded like the words of a man who had admitted defeat and many were quick to panic, believing that Conte could resign from his position. Many of the journalists who were there to hear his post-match words were given the same impression and it has forced the hand of chairman, Levy. 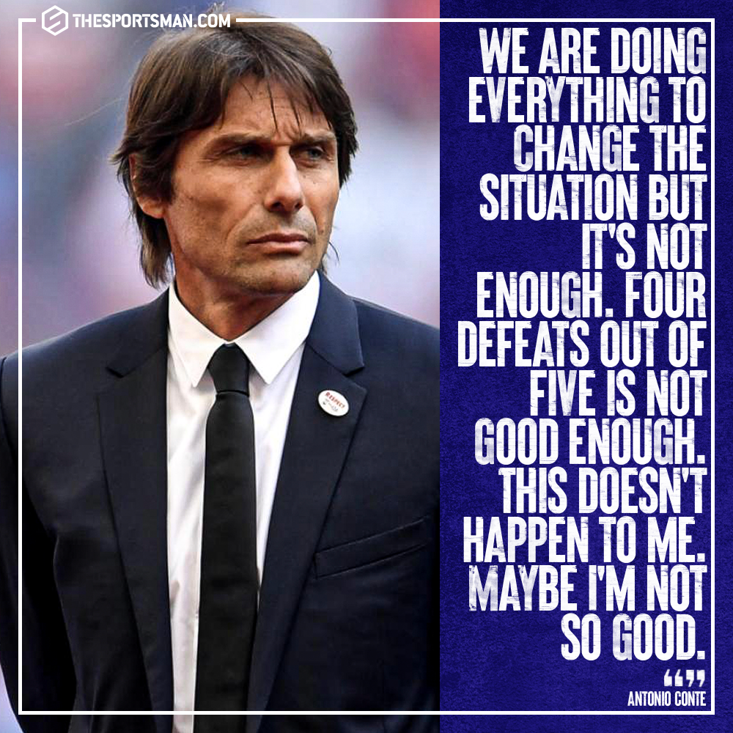 He is set to hold crisis talks with Conte on Thursday following Wednesday night’s post-match comments and he simply cannot afford the master tactician to walk away from N17. Conte’s impeccable record as a manager speaks for itself and Levy knows this, otherwise he never would have made the audacious move to convince him to join the club in the first place. We have already witnessed glimpses of  the great things the Italian could achieve at Spurs, just going off the sensational Man City result alone. It would be another giant step backwards for the club to let another world-class coach slip through their fingers.

It must hardly come as a surprise for Conte at how inconsistent results have been with the playing squad he has, especially with the downward trajectory Spurs have been on in recent years. He knew that the only way for him to stamp his mark on this side was to recruit players who could precisely execute his vision. His interview from Wednesday night could have just been a ploy to hammer home the fact that there needs to be notable changes on the field for any real progress to be made.

The club are still suffering from the hangover of Mauricio Pochettino’s sacking over two years ago, and although the squad was crying out for an overhaul while he was still in the job, it has since been held off, but it needs to happen. Conte is currently in a strong position to oversee a fresh project that can help the club to correct its course and start competing for titles. With the former Inter Milan boss already doubting his abilities to turn Spurs’ fortunes around, Levy has to reassure his manager, telling him exactly why he was the man they wanted to spearhead this new era at Tottenham Hotspur Stadium. Levy will also need to outline a clear plan for the next few seasons while clearly stating how much the board are willing to spend to strengthen the team, giving Conte the resources he needs to deliver success.

Conte is one of the best coaches in the world and if he were to walk away, Spurs would not find a more qualified coach to take his place. It is incomprehensible that he can be allowed to leave as Tottenham cannot continue to keep pressing the self-destruct button. It’s time for Levy and the board to back their man in the summer transfer window. History cannot afford to repeat itself in this part of north London.