Football
News
The Villans edged closer to a spot in Europe with a 1-0 win over Leeds United at Elland Road
Simon Lillicrap
19:59, 27 Feb 2021

Anwar El Ghazi got his revenge at Elland Road, the ground where he was controversially sent off on his last visit, as he scored the only goal of the game to give Aston Villa all three points against Leeds United. This will feel like justice for the Dutch international and Villa, who contested one of the most dramatic Championship games ever when the sides last met at this ground in 2019.

With Leeds needing to win to keep their hopes of automatic promotion alive, Mattheus Klich put the hosts in front with just 15 minutes left on the clock. However, this enraged the Villa players as Leeds had looked like they were going to put the ball out when Jonathon Kodjia lay injured, before playing on and catching the Villa defence flat-footed.

This led to an almighty scrap where Patrick Bamford got El Ghazi sent off, diving to the floor under no contact, before Marcelo Bielsa forced his side to let Villa walk the ball in, even if defender Pontus Jansson didn’t get the message. 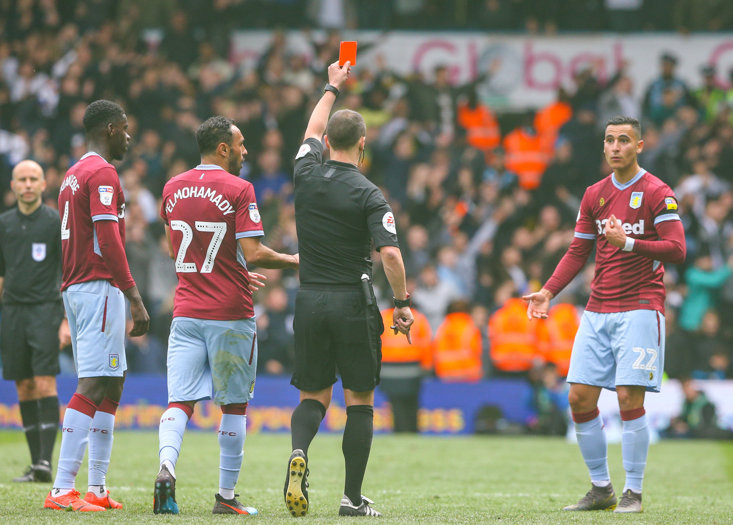 This time around there was no such drama, but instead an incredibly professional away performance from a Villa side who are up to 39 points and closing in on the European places. On an Elland Road pitch that was cutting up all over, causing players to slip, clear cut chances were few and far between.

With no Jack Grealish or Matty Cash due to injury, Dean Smith’s side put in a masterful defensive performance which made Leeds, who have been so fluid this season in front of goal, look toothless. Although the visitors only averaged 30% possession, they were happy to allow the hosts to keep the ball and hit them on the counter, with El Ghazi and Ollie Watkins always dangerous.

It could have been so different for the hosts. In the first minute a mishit shot from Patrick Bamford fell to Raphina who just couldn’t make any contact from close range. Then, within five minutes they were behind as a wayward shot from Watkins fell to El Ghazi who had sprung the offside trap and he slotted home his sixth of the season with ease. The Dutch international’s progression this season into a key player has been one of many pleasing stories coming out of Villa Park this season and with Ross Barkley on the bench and Grealish out, it fell to El Ghazi to provide a creative threat, and he seemed to relish stepping up to the plate in their absence. ​​​​​​

“I was talking with the gaffer yesterday," El Ghazi told Sky Sports after the match.

"The last time we were here it was hectic and chaotic, I am happier this time. It is a better end for me. The last time I was really disappointed, I was very upset, with the play-offs and everything, I am happy with the result today.” 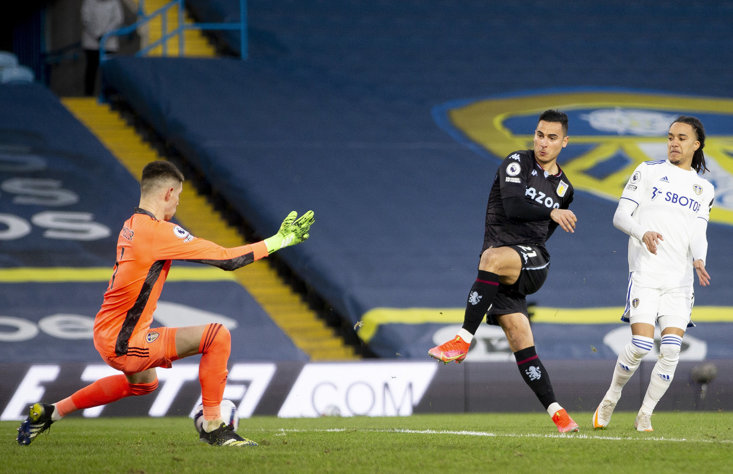 Leeds, without Kalvin Phillips are a different side. Pascal Struijik came in to fill that vital holding midfield role in the 4-1-4-1 formation but they just lack the fluidity and solidity when the Englishman is not on the pitch. Their best threat came from Raphina who came closest to bagging an equaliser late on as substitute Jack Harrison floated a delectable ball into the far post and the Brazilian headed down into the ground and over.

This was far from a thrilling contest but these are the sort of wins that will get Aston Villa into Europe. No cash, no Grealish, no problem. El Ghazi, who played under Bielsa at Lille is now Villa’s unlikely hero and leaves Elland Road feeling a hell of a lot happier than he did two years ago.

"I will have a talk with him [Bielsa] inside, I have a very good relationship with him," the 25-year-old added.

"He is a very good coach, one of the best I have had. I have a lot of respect for him, unfortunately he did not win today.”